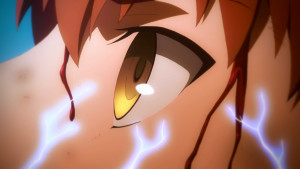 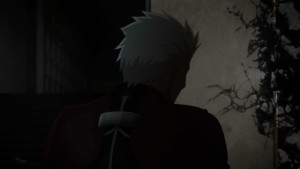 This was certainly effective at setting up the next big battle which I expect will get a serious amount of upcoming focus. They finally just sat down and delved into Archer’s character and his motivations for his actions. You can certainly get a good feeling of what his life as a heroic spirit has been like and the pure drain it has had on him. Going so far that he’s willing to bet on an insane long shot that killing Shirou will somehow free him from his own purgatory. I’m sure Archer realizes that in reality nothing will change if he does this. But he just can’t hold back his disdain for Shirou and what he’ll become.

In some ways you have to be impressed at Shirou’s incredible stubbornness. Despite the fact that his future self has said all this, he is still determined to press onward. I don’t know if it’s amazing or aggravating, but there you have it. He is still completely determined and focused on the belief that he won’t regret his actions. That the fact that Archer feels any regret at all shows that they can’t be the same at their core. 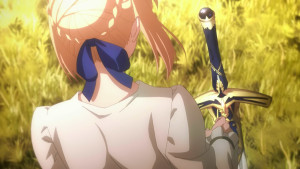 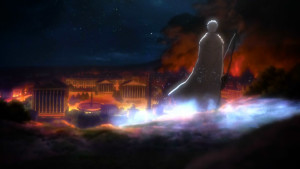 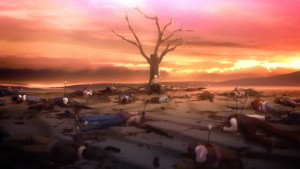 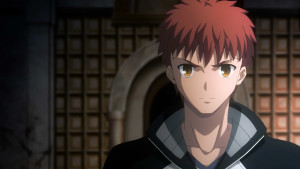 I might have expected Shirou to be a bit more shaken up by this backstory to be honest. I mean even with Shirou’s belief, the story he is getting sounds horrible. That no matter what all he’ll be doing is popping around the world and killing people. On the face of it he’ll save god knows how many lives, but at the same time he will only be doing that by killing people. That Shirou’s base wish to save as many people as he could was never fulfilled. I’m not sure how he can look at this story and think that he won’t regret a thing. That’s some incredible focus and determination that Shirou has to think that if he goes through all that he’ll come out of it different and accomplish his goals.

There was a lot of discussion to set up this fight, but it was pretty well worth it. You got a very large view of the kind of life Archer has lived here. Giving up his afterlife and future to exist as this guardian who would be sent to various disasters. The potential certainly existed I’m sure from his perspective to gain the power needed to save people. But all you could see him doing in those flashbacks was slaughter. Sure a lot of the people he appeared to kill looked to be bad guys, but you don’t see anyone he saved either. No people being pulled out of the path of disaster and looking up in gratitude. The Counter Force having no sense of good and evil is an unsettling thing. He could even be sent to stop the good side if they were the ones risking spiraling events into chaos. Used as the janitor for humanity and getting broken down by the constant betrayals that his existence lead to. I can’t really blame Archer for losing himself in that respect. 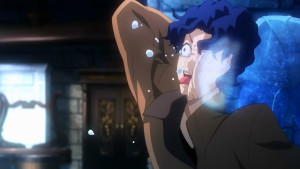 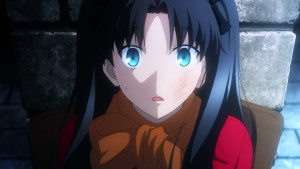 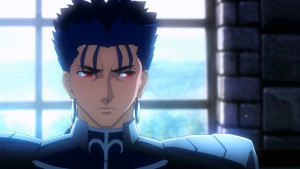 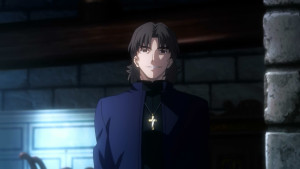 The other side of the coin was with Rin and Lancer. Have to give Lancer props for going out of his way to find and try to get Rin out of there. He was himself deceived by just how dark Kirei was, but at the end of the day he at least refused to act without a command seal forcing the situation. Although even he couldn’t imagine how far that betrayal would go and have Kirei force him to commit suicide. Hard to mentally prepare yourself for that or prevent it. Someone who has shown himself to be capable and a powerful entity was just forceably removed from the equation just like that. Sure, he wasn’t forced to kill Rin, but that barely changes the equation. She’s still by herself with people who don’t exactly mean her well. First Illya got taken out and now they want to use Rin to create the grail which isn’t exactly a positive sounding thing.

Betrayals all around though in this episode. Rin finding out just how far the darkness goes and how twisted Kirei was. He wasn’t simply playing her this entire grail war….it goes so much further and deeper than that. I feel for Rin, finding out that Kirei even murdered her father. The person she’d want revenge on more than anyone was right there and she’s completely helpless to do anything about it. I can’t blame her for throwing every insult she could manage and really giving a spectacle of a scene in terms of how she’d like Kirei’s afterlife to turn out. He really is a twisted individual and one heck of a dark one. Appearing out of the blue as Lancer’s master and even behind Shinji. One of the dark forces of this whole mess finally steps forward and Rin getting out of this alive is going to be tough. 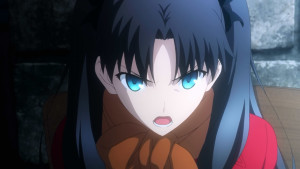 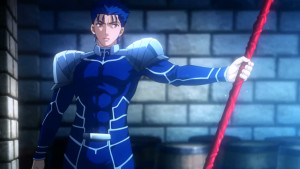 So right now we’ve got Archer and Shirou ready to go at it. I still think it’s silly for Saber to stand on the sidelines, she could wrap this up in a hurry. But Shirou has to be stubborn and try to defeat himself. At the very least it would have been nice for her to go with Lancer because her current master is pretty well on death’s door and she’s just standing there like a lamppost. It was nice to cover her own wish and desire to change her decision in the past to avoid the bloodshed that was caused by her becoming King. It was also good to have her bounce words off Archer since Shirou was pretty quiet the whole time. But still, if she’s not going to help….then she can be a heck of a lot more useful fighting to save Rin than being a witness of Shirou vs Shirou. Can’t wait to see how Rin gets out of this mess since she’ll have to do it with a dying Lancer and not much else. Can’t wait for next week, that fight has to be spectacular.
Score: A