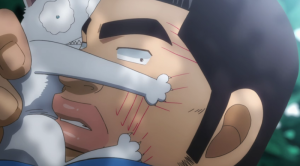 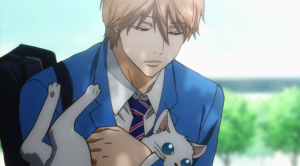 Have I mentioned that OreMono is really cute? Really funny? Really dorky and sweet and featuring one of the nicest central casts and one of the healthiest high school relationships I’ve seen in any media in a real long time? I have? Okay. Excellent.

Then instead of starting this post with all that, we’ll start it with this:

Although that has more to do with Takeo rescuing a kitty-cat (I died, died I tell you) than it does with Yamato’s secret. But, I mean, I totally called that one last week, too.

Yes, turns out Yamato thinks Takeo’s hotter than a Phoenix summer and really wants to “hold hands and snuggle and stuff” (and stuff, you little horndog, you), but she’s worried Takeo will think she’s “impure” if she admits it. This of course couldn’t be further from the truth, and once Ai reminds Yamato that Takeo’s not a judgmental jerk wad, it’s only one short conversation before our adorable couple is back to being adorable and happy. Sweaty palms free with purchase. 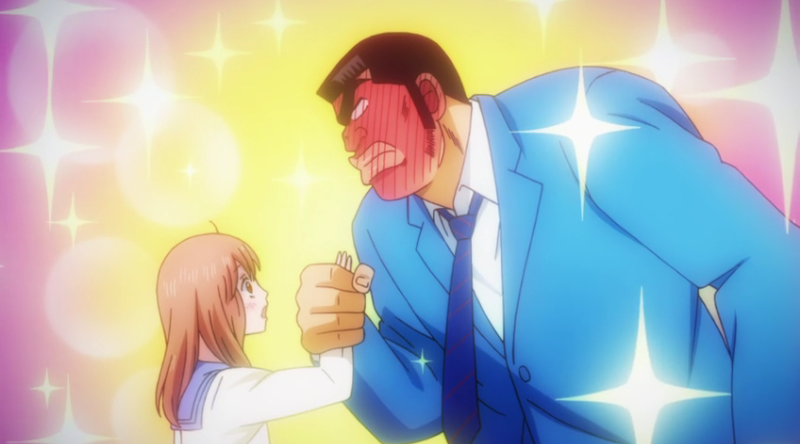 The sparkles are back! All is right with the world.

I was on the fence about Ai last week, but she won me over this time around. She helped our couple make up, discovered that Yamato really is a nice kid (and bonded with her over Takeo’s nice pecs and sexy lips while Suna sloooowly backed away), and was mature enough to know that she needed to remove herself from the situation and just let Takeo be happy. It’s a rare romantic rival who can bow out with such grace, but Ai did so with flying colors. Plus her backstory about the boys at school teasing her for her long and lanky appearance helped to balance out that Girl/Guy Shallowness Ratio I’ve been harping on for the last couple posts, which was a huge plus.

As for our protagonist, he continued to prove himself a clumsy but nevertheless model boyfriend. As opposed to the pushy, sometimes creepily aggressive love interests of so many shoujo titles (I’m watching Maid Sama right now, and while I love the protagonist and her friends, hot damn, the main boy is an asshole), Takeo is considerate and respectful almost to a fault, and makes it a point to ensure Yamato’s comfortable with the way their relationship progresses, even clarifying that it’s okay for him to hold her hand in the future (and encouraging her to “not hold back” with him, too). 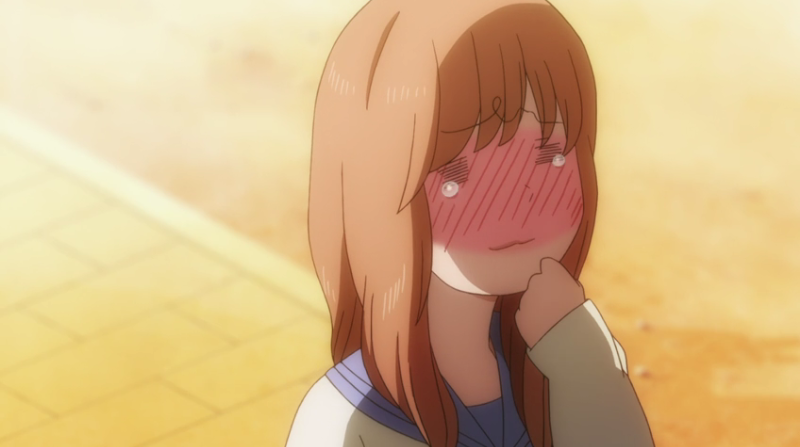 But’cha know, as good of a boyfriend as Takeo is, he could really stand to be a better friend, I think. He’s constantly demanding unrealistic favors out of Suna and challenging his manhood whenever he refuses. Case in point: This week’s “kissing practice” scene, which started out hysterically funny but pushed itself a little too far and ended up making me feel sort of… uneasy, I guess? I know it isn’t meant to be taken seriously, but I really wasn’t comfortable with Takeo basically forcing himself on Suna, even with a plastic wrap buffer, and this scene takes on a whole new level of awkward if you subscribe to the theory that Suna’s gay and may even have a thing for Takeo.

I haven’t mentioned that particular theory before because I frankly didn’t see it—I was very much in the “Best Dudes Forever” camp, as you know—but this week sure seemed to be dropping a lot of hints to the contrary, from the kissing scene to Suna glancing away and quietly announcing Takeo’s coolness to Ai’s lament about wishing she was a guy “like Suna” so she could be friends with Takeo. So now I can’t help but wonder if the creator isn’t setting us up for a reveal at some point. Ai’s line was either epic foreshadowing or queer erasure (sadly common in anime/manga focusing on hetero relationships), and given the choice between the two, I ‘spect I’d prefer the former. 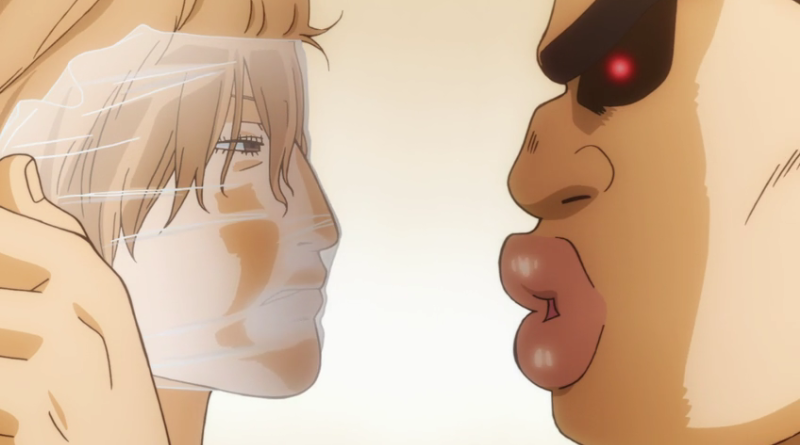 So, no, OreMono isn’t perfect (what is?), and as usual there was a little eye-twitching this week to go with all the cuteness and humor and subtle challenging of gender/genre assumptions {Insert Weekly Gushing About How Much I Love Yamato Here}. But for me the good vastly outweighs the not-so-good, and the series does seem to be taking certain steps (like Ai’s backstory) to remedy some of its potential issues. Suna’s still something of an enigma in this trio, and now that we’ve gotten Takeo’s and Yamato’s “appearance-versus-reality” stories, I’d love to see the focus fall on him for a bit in the upcoming episodes.