The first PV for the anime adaption of the God Eater video game series by ufotable has been released, and it looks absolutely gorgeous! If this series was not on your radar before, the unique and jaw dropping visual style for the show is bound to generate some serious interest. The series premieres in Japan on July 5th of this year (2015).

The animation for this show clearly looks amazing! Something more akin to an illustration coming to life rather than a traditional cell-shaded animation, and its no surprise that ufotable is at the helm.

The 90 minute PV shown above introduces Renka Utsugi, the new protagonist for the TV anime (voiced by Ryuichi Kijima). The story for the anime series will be based on the first game in the God Eater series, released in 2010. The game’s main characters Lindow Amamiya, Soma Schicksal and Alisa Ilinichina Amiella are set to make appearances as well. 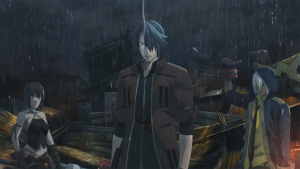 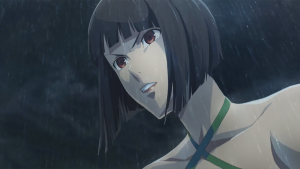 The last bit of info is that OLDCODEX will be performing the OP song for the series.

If you’re unfamiliar with God Eater, it was released as God Eater Burst in the US. The game is an action RPG game much in the same vein as Capcom’s popular Monster Hunter series, but with an obviously different visual style and distinct world. God Eater also featured a pretty solid story mode, and hence is perfect for adaption into anime.

I myself will definitely be checking out the anime series, the visuals alone have sold me and given the source material’s story, we’re in for a pretty solid show this summer.