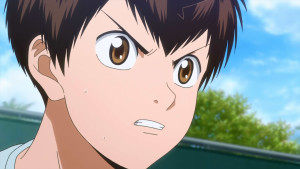 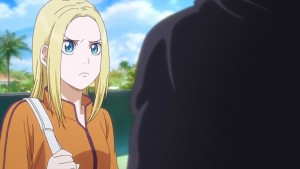 This was a really good match and quite entertaining to watch. Although in some ways there isn’t a lot to say about the match itself XD. The episode went pretty well as one would expect until the very end. Alex and Maruo were both raising their games until the point where it could go either way. It may have ended in a kind of fluky win, but a win is a win.

In some ways I’m not sure if this reflects why Alex is so low on the world rankings or how Maruo has really brought his game up since coming to Florida. This was certainly the best condition he’s ever been in so that might say something while Alex was changing his game in the middle of the match and finding a new way to advance as a player. Hopefully losing this practice match doesn’t change his idea about how his game can be advanced and the ways to improve going forward. 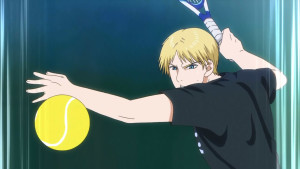 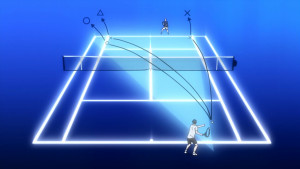 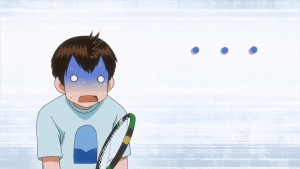 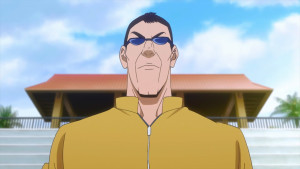 This really is one of those difficult ones to discuss. There was a lot of good action and play on both sides, but it feels more like a recap trying to go over it. This was definitely the best tennis that Maruo has played in the entire series to this point. Really figuring out how to balance his rational thinking and trusting his instincts during a match. Of course that isn’t an easy kind of condition to stay in and eventually your instincts may make a blunder, but it worked out this time around. This whole trip should be a good lesson for Ei-chan that his instincts are an important asset. Injuring his instincts while losing so much made it hard to win and turning that into a strength made him much more capable in a match.

There were a lot of twists and turns in this matchup. Alex managed to trick Ei-chan a few times there including his decision to turn his focus on backhands into a strength for his forehand. Being able to pivot quickly and fire a strong forehand gave him much needed points and let him take the second set. This match was really quite important for Alex since it both showed him the improvements you can make after learning from defeat and also how he can still grow as a player and improve. A very important step forward in rounding out his game and making it possible to survive as a pro in the tennis world. 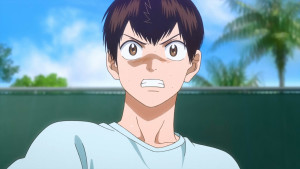 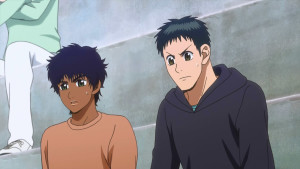 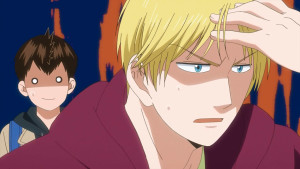 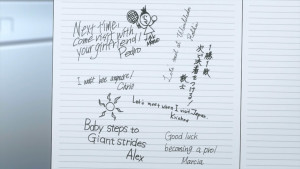 The key part of the match was right at the end. Certainly Maruo can chalk that up as a win, but it was a win with a bit of a lesson behind it. Playing while hurt is beyond stupid. All the more dumb when it is during a practice match that literally has no stakes to it. He is going to be playing in matches he can’t afford to lose in, pushing his body beyond its limits at a time like this is pretty foolish. It was a smart move by Alex to try for a lob that Ei-chan had no chance at, though probably he should have just tried a normal shot. Maruo wasn’t going to be running around in that state, he just had to drag it out. Though that itself would have been pretty cruel.

Finally the trip in Florida has passed. Been a long while since we’ve seen Natsu and company for more than a brief scene. Feels all the more longer because we had this break between seasons and the trip was at the very start of this season. He learned a lot during this trip and made some good friends. Certainly Alex’s words tie directly into the title, but they mirror Ei-chan’s path so far. It’s been all about the small steps leading to major leaps forward. He’ll have to start really leaping though since the upcoming matches will be tough as can be. 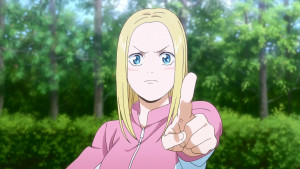 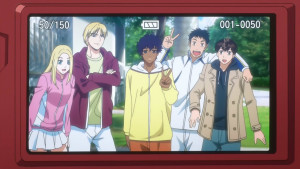 In some ways there doesn’t feel like a lot to say here. This was a really entertaining match and I had fun watching it. But at the same time it didn’t leave me that much to say depth wise. Both Maruo and Alex grew a lot from this match and in some ways I wish both of them had won XD. At least it was a match where winning or losing didn’t really hurt either of them. They will both get better and are returning to their own challenges. Be nice if they could face each other again well down the road as professionals. Now to get back to Japan and see Natsu again XD.
Score: A