Okay, that was much, much better. This is much closer to the sort of material I was hoping this series would touch on. I can easily see it may be regarded as “over-dramatic” or “heavy handed” for some, but for me it was wonderful, especially after last week’s debacle. Not just in general focus, tone and other things to be emphasized, but there were also quite a few things that were moved forward in terms of story development, plot line, and even character development. For those who have stuck to the “three episode rule” they may find themselves missing out in the long run – not that I can blame them. Of primary interest is that we discover more about the Giftia and what happens at the end of the “lifespan”. 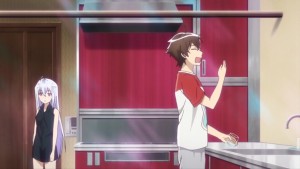 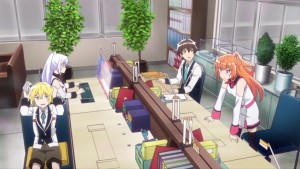 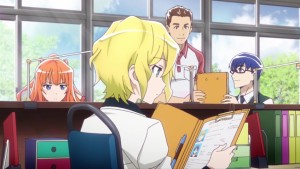 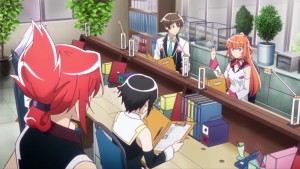 The narrative focus this time around returns to the “bread and butter” of the series – that of a retrieval, and how it affects all the characters involved. This time around the Giftia is an young adult woman named Marcia (energetically voiced by Mamiko Noto)  that has been living with a family since the birth of their young boy Souta. Sadly, the parents died three years ago, but at least Marcia was around and was able to care for the boy for a few more years. Unsurprisingly, when Souta learns of Marcia’s term ending soon it wreaks considerable emotional havoc in him.

It turns out there is even a name for cases like Souta’s – they are called “android children”, and it seems to be a fairly common thing. Much of the episode deals with attempting to help Souta prepare to accept (to “say goodbye”) to Marcia before her upcoming retrieval, something that Michiru (we finally get obvious hints that she has the faint beginnings of being romantically interested in Tsukasa, though she seems largely unaware of what is taking place inside her) and Zack (who apparently likes to troll others now and again) lend a hand too. 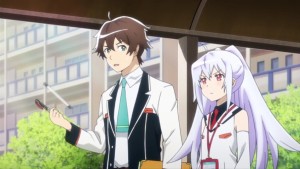 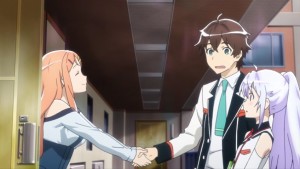 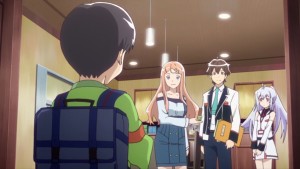 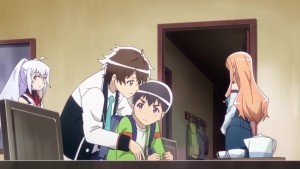 Michiru’s involvement  turns out to be an occasion for an infodump on Giftia in general. We learn that Tsukasa’s co-worker Michiru is herself exactly one of these “android children”, and her experience gives the viewers insight into why she chose to work as a retriever to begin with at such a young age and why she shows talent at it. Her Giftia parent was not retrieved and became what she calls a “wanderer”.

After their lifespan Giftia lose their personalities and memories, as we have heard in earlier episodes. Ten hours or so after their time is up they can only function on instinct, though, and sometimes they may even assault humans. They lose their will and personality, but their motor skills are still intact, and as a result they wander here and there – hence they have come to be called “wanderers”. For the Giftia to be retrieved to become a “wanderer” is the worst-case scenario for those working in retrievals. It seems that Michiru tried so hard to hang on to her Giftia parent and possibly resisted his being retrieved that it resulted in his becoming a wanderer. 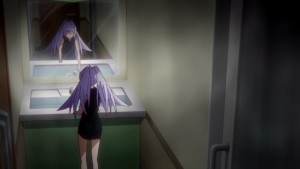 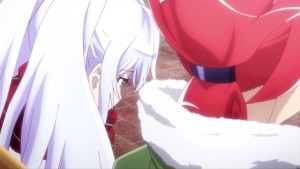 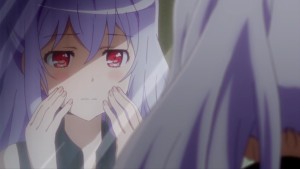 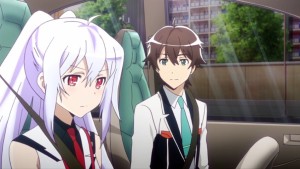 We were also given teeny glimpses into Isla and her thoughts about things. Character wise a lot of this series rides on Isla for me. Yes, I do find her to be pretty adorable, but so far the way she has been presented hints at a complexity and hidden depths (at least I hope they are there). The more chances we are given a chance to understand her the better off it will be for the series as a whole, I think. This episode we were given glimpses into her thinking about the whole retrieval process with Marcia, the most telling being her questioning whether it were right in the first place to step in to Souta’s personal life the way they are planning to.

We see a flashback of Isla and Kazuki (interestingly in the very amusement park that Tsukasa took Isla to last episode) where Kazuki says that she will always treasure the time she spent with Isla, but that she won’t be Isla’s partner anymore. More than that, Kazuki thinks that it might be better for the both of them. After this flashback Isla asks Tsukasa if what they are doing is “really for Souta’s good” or no. This made me wonder whether or no Isla’s pondering and questioning things in a pointed way may indeed be the catalyst behind the different way things are done in the Section One retrieval center as a whole thanks to Kazuki’s influence. 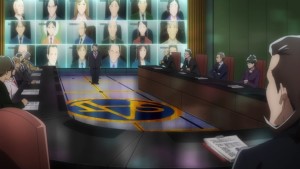 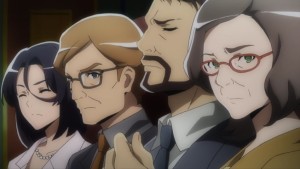 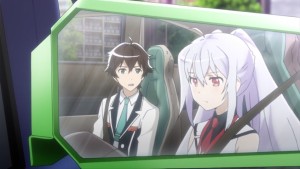 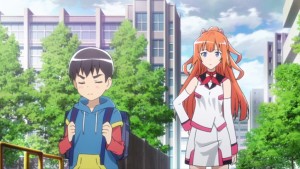 Unexpectedly we also are given glimpses into the underbelly of the corporation that makes the Giftia, among whom is the man who hired Tsukasa to be a member of Section One’s retrieval team in episode one – the friend of Tsukasa’s father. It seems that Yamanobe (Section One’s chief) is being continually targeted for not carrying out his duties in a way that cuts costs, with Section One’s overhead being five times more than any other retrieval center. No doubt this will bring in the element of contrasting business decisions emphasizing economics with “customer care”.

Further dark story elements are sprinkled into the narrative at the beginning too – elements I was honestly not expecting; that there are people (and perhaps even organized crime) who retrieve the Giftia at the end of their lifespan illegally and sell them on the black market. What they are sold for was not really clear – parts? Technology? And to our surprise we are shown what is presumably one of these people arriving to “retrieve” Marcia one day before the scheduled time for retrieval proper at the end of this episode. In retrospect I found this method of presentation effective, since this way the efforts of Section One (which sticks out like a sore thumb among the retrieval centers, if you remember) are almost “negated” with Marcia’s end being consigned to … something unknown and presumably unscrupulous? 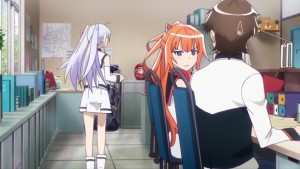 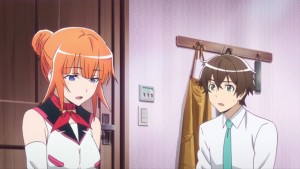 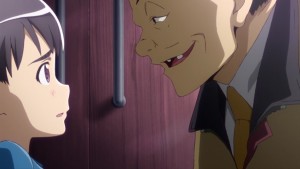 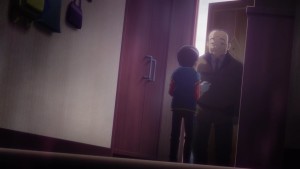 All in all I thought this episode was not just a vast improvement over last week’s, but really moved the story forward in many, many ways. The OP and ED really do an excellent job of setting the tone for the series and it felt as if this episode was more faithful to the parameters they set. Some of this episode’s strengths in particular were on the world building side of things, giving us some more details about both the Giftia in general, and also insights into some of the characters. Michiru’s behavior in particular becomes slightly more human and “endurable” for me. Slightly.

Part of me has been wondering whether or no members of the board of directors of the SAI (Sion Artificial Intelligence, by the way) corporation may also have their hands in other Giftia related illegal activities … part of me even wonders if some of the members of Section One may be involved in the underworld side of things, even if not directly involved in criminal activity involved in investigating it – Yatsutaka, who was found to be absent from work in this episode again, especially comes to mind as a possibility. There is still a lot of him which is unknown. Nevertheless, if Plastic Memories can just stick to what it did this week and avoid what it did last week the series is shaping up to be quite good.