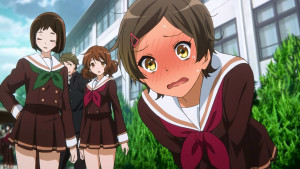 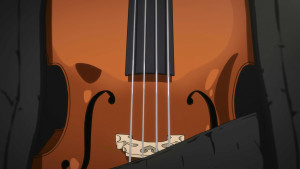 This episode was definitely more interesting than the previous one to me, because now you are starting to get a feel for the group dynamics at play here and how things are pretty complicated for this group. A lot of this episode had a very uncomfortable feeling threaded throughout it. You could really feel the tension and how this group really isn’t together at all. You have the people feeling pressured about the upcoming competition and wanting to have a good song ready, but also people just goofing off and not actually practicing at all.

I really like the idea of this long conflict within the band coming up once again. It was hard to notice immediately, but the lack of second years was interesting as was the reason for it. They built up to the reveal nicely and can imagine what kind of mess things were a year ago. A ton of first year students just completely pissed off because others weren’t giving their full effort and in the end quitting. I can understand that. The feeling that it would be better to quit than to perform badly with people who aren’t motivated and just want to be part of the event, not try to win it. 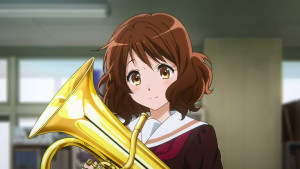 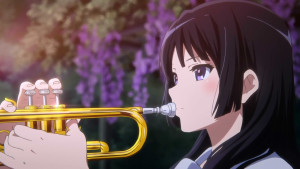 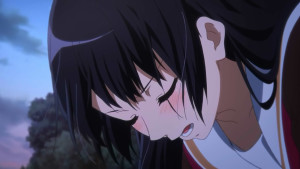 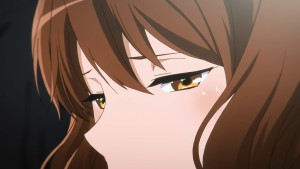 I feel like the most telling aspect of things was the scene of Kumiko going to call on the french horns. A group that had their instruments put off to the side and were just fooling around. I don’t know if they just felt the piece was below them to be bothered practicing or they didn’t care at all, but they reflected why the performance in this episode was so poor. But it wasn’t only them, they had a Euphonium player who wasn’t showing up to practice and even when she was the girl wasn’t actually playing. You can imagine that was the same for many of the other sections. It doesn’t matter how hard a few people in a section practice if everyone isn’t practicing. The people who aren’t trying will drag down their section and that will spread to the entire group.

I can understand Kousaka being pissed at the end of the episode and even Hazuki being upset. She joined this thing because she was serious about picking up an instrument and performing. To give all that effort to learn something as foreign as playing an instrument and seeing others not trying has to be upsetting. In a sense I’m not sure how Kumiko feels about this. I think again she can relate to those not fired up about winning a championship, but she can also remember how those who are motivated feel to be surrounded by those people. 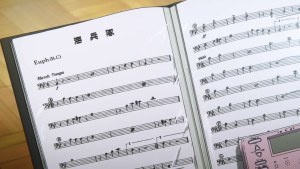 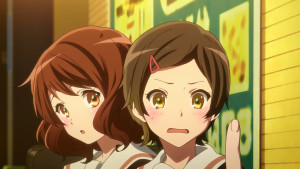 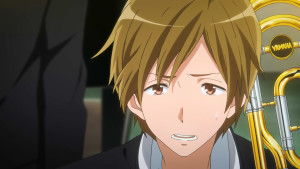 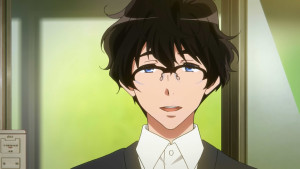 In some ways I leave this on the leaders of this group and the third years. What did the president think was going to happen? Did she think that after the purge of the band last year that no troubles would ever come up between people who are motivated and those that aren’t? Every year new people are going to join up and many of those people are probably going to be fairly motivated. You can’t just duck the issue and hope everything will turn out ok. Just trying to control the discontent within each section is just setting up a time bomb to explode. Eventually even the first years are going to get upset and start speaking up, despite the Japanese culture that would lead to giving your elder-classmates more respect. Already someone like Kousaka is basically blaring her discontent through music and then venting through screaming.

In that respect I think Taki is absolutely in the right with his actions in this episode. He asked the students what they wanted to do and let them know what the expectations were for each choice. They chose to aim for the nationals and now they are having to pay the consequences of that. If they just want to have fun he’d be in there helping out a bit and taking it easy. But, they didn’t ask for that and he’s treating them differently as a result. If they can’t be bothered to learn to play a simple piece then it’s wasting his time to deal with them. Going to a competition with their level of skill would be insulting to the people actually making an effort. I just liked the attitude of “come talk to me when you can play at a minimum satisfactory level.” 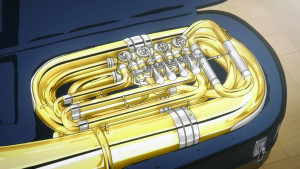 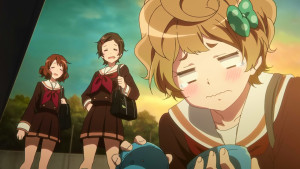 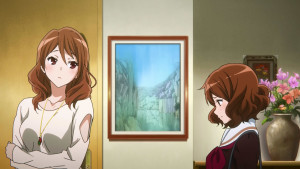 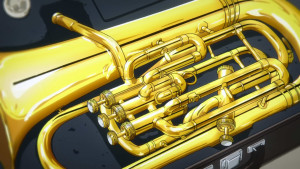 I’m also curious about the relationship between Kumiko and her sister. Her sister taught her to play and seemed to be dedicated enough to music. But she actually tells her sister not to practice there because its loud? How can someone who plays music actually complain about that? In Kumiko’s shoes I’d say what I told my own family when I was in the school band. “I’m going to practice for an hour at this time, sorry for the disruption.” The only reason I got better at all was because I practiced almost daily. Kumiko seemed a bit odd at times with her defensiveness about playing the Euphonium and that reaction when her sister basically just walked off after her explanation about why she brought the Euphonium home.

There was actually some fun in this episode though XD. Midori’s obsession with getting the prize from the slots was pretty comical. Props to her I guess for being dedicated. Plus the part about picking out an instrument was enjoyable to watch. I can understand the desire to find the instrument that fits. Since that one can basically be your partner throughout the year if not your entire school life. Hazuki’s almost greedy desire to look at the other Tubas was cute. Unable to immediately settle with the possibilities still ahead of her XD. On the other hand you had Midori falling in love at first sight XD. I will say I never named my instruments XD. Beware the Tubacabura! 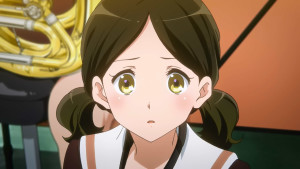 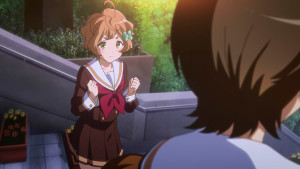 I really enjoyed the drama in this episode. You can get a good feeling of the feelings spread throughout the band and I look forward to seeing how this gets tackled. I don’t think this situation can last forever. The people who are motivated and the ones that just want to have fun are going to clash and continue clashing. The teacher isn’t going to let them just slink out of it and perform lazily at events. If they want to perform they’ll have to work. I look forward to seeing what happens.
Score: A