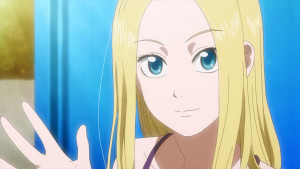 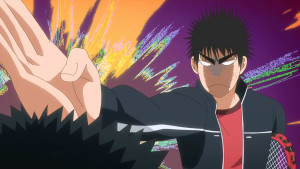 It really is a comfortable thing when a show you’ve been enjoying comes back. Baby Steps was a really solid and enjoyable adaptation and the second season looks to be continuing from where it left off. Can’t say much about the OP since it’s actually the same song as the first time around. They did change up some of the visuals to give hints as to where the story is going to go so people should take that into consideration with how closely they are watching the OP this time around. The song itself still fits really well so it’s a great way to start the episode.

The episode itself was quite good since we have Maruo making his way to Florida and starting his 2 week intense training. It’s really not understating the situation that he’s got 2 weeks to make major improvements to his game and those are improvements he’s got to make here. Soon the games will start where a single loss will mean the end of his short tennis career so he’s got to put in the effort. He didn’t win in his first match, but at least he learned some things and can start building from here. 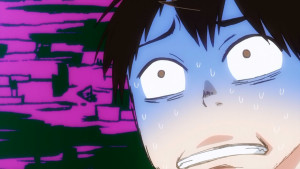 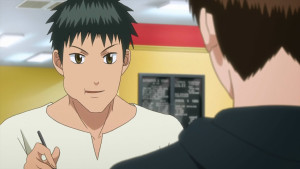 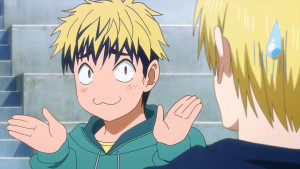 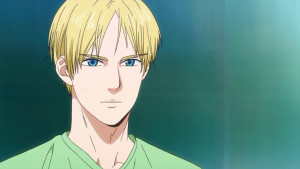 This was a big episode of introducing a ton of new characters. Which is a given considering he is visiting an entirely new country. Really the only people he knew were Mike and Ike. The new cast was pretty solid I thought. Marcia was a bit of a rough personality, but surprisingly still a likable person. It was kind of funny seeing her get frustrated during the warmup with Maruo and also shows their different mindsets. For her it makes sense to consider what you are aiming past going pro (different world tournaments) while for Maruo everything is just focused on making that starting point. He hasn’t really thought about his goals past that point, but that’s understandable. Looking at what is directly ahead can be important.

It was good for someone else Japanese to be there like Atsushi. Of course everyone was dealing with him in Japanese since having an entire cast speak English the whole time could be tough for the anime. Just throw some English words in here and there and it’ll be good enough. In terms of Marcia’s brother, Alex is a solid character. I know some didn’t feel his VA quite fit, but I never really had that much of a mental image for his voice so I think it’ll work well enough. While it was rude to ask for another opponent than Maruo, you can get that he’s under a ton of stress as an early pro so he wants to play against the most skilled people he can. His curbstomping of Maruo kind of reflects the current gap between them. 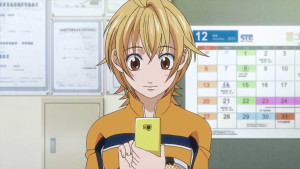 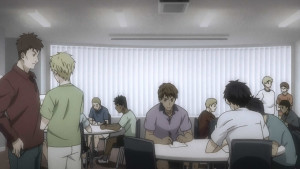 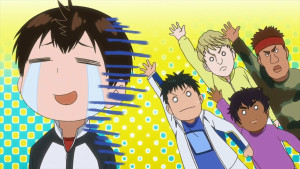 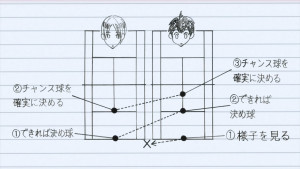 Maruo owes Natsu quite a bit here. Her asking Ike to look out for him really saved the day. I’m sure it says a lot to Ike that Natsu would call upon her childhood friend for a favor like that. It shows her level of concern while believing he’ll come out of it alright. Having Ike there to put a bulls-eye on Maruo was actually a good thing. Now he’ll get all the practice he could ever ask for. The issue is putting it to good use. His growth has been amazing considering he’s only been playing for a couple years, but Maruo is at the point where he needs to maintain fantastic growth in order to make it.

You’ve got to give this place credit, the amount of stuff they have for the sake of these players is amazing. This place literally is a town made for tennis. Makes sense of course considering the costs of being there are probably extremely high. But the benefits that training in such a place can deliver are certainly worth it. Maruo can break down his game with all the tech, seek advise from experts, and really develop his game to another level. For his sake here’s hoping that he comes back a completely different player than he arrived as.

It was also just nice to get a view on how different regions have different styles of tennis. Alex being taught in a much more aggressive style that doesn’t allow Maruo to relax. 2 steps vs 3 steps is hard to handle. Plus there is a weight to the shots from the players in Florida that he’ll need to adapt to. Of course if he can handle that then he could have a big advantage after coming back home.

ED [Yume no Tsuzuki] by Ganbare! Victory: (B) 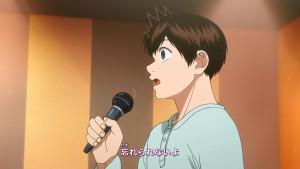 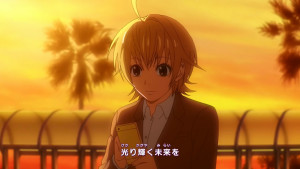 The ED was new which was nice XD. It was a pretty solid ED overall. Instead of being a more quiet type it was a bit more energetic which wasn’t a bad thing. A kind of fun ED with both the energy to the song and various visuals like Maruo getting clobbered in the face with tennis balls XD. There’s a lot going on in that ED, but a good amount of focus is on Maruo and Natsu. Something I’m completely for since that slowly building relationship is one of the real strong points to the show. Two people very much chasing their own dreams and trying to travel down the same path. 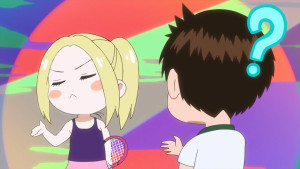 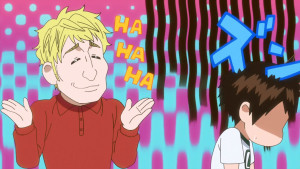 Overall this was a good first episode back for Baby Steps. Maruo is now starting his next round of tough training and meeting new people who are all chasing their tennis dreams. It’s the best place for him to be right now. It’s too bad he’s cut off from the regular cast, but that’s just how it goes. I’m glad to have this show back and looking forward to seeing the plot unfold from here.
Score: B+