The Spring 2015 season is approaching, and seems to be doing so faster than I expected for some reason. I thought it might be interesting to list a few series I am either looking forward to seeing or are just plain curious about. And yes, in all likelihood it will be from this general pool/listing that I will be selecting which series I will blog next season as well.

Now that the Winter 2014-5 is nearing its end it has definitely been a fairly lackluster season for me at least as regards new series – thankfully there was Death Parade and Koufuku Graffiti to hold my attention week after week, though there were a few other series that were enjoyable to watch if not very deep. There were, however, quite a few carryovers that are ending with the Winter season, including solid series like Log Horizon season 2 and Shirobako, as well as the incredible and awesome Akatsuki no Yona. This leads one to think that there will be several new series in the Spring, which in fact is the case. Many of the series are new, but there are also a decent amount of series airing part two of a split cour or a full blown second season. A few sites already have very thorough listings, a few good ones of which can be found at: https://livechart.me/spring, http://static.neregate.com/2015/03/neregate.com-Spring-2015-Anime-Chart-v2.jpg,  and http://anichart.net/spring That being said, let’s get to the meat of the post. 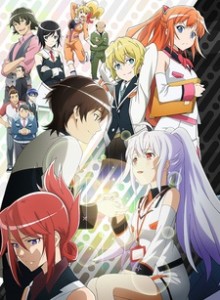 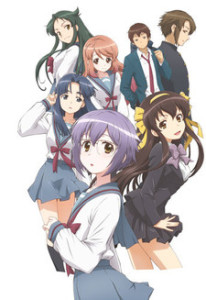 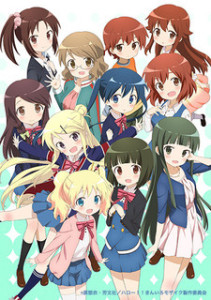 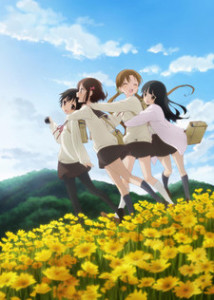 At the moment the new offerings of the Spring 2015 season that I am actively looking forward to include Plastic Memories; Nagato Yuki-chan no Shoushitsu; Hello! Kiniro Mosaic; and Tamayura: Sotsugyou Shashin Movie 1 – Me: Kizashi.

Plastic Memories: At the moment my most anticipated series of the new season. This story takes place in a future not too far away when androids that look exactly like humans begin to spread across the world. The android production company SA Corp. produced Giftia, a new kind of android that has the most amount of emotion and human-like qualities out of any other model ever seen. However, due to problems in technology, the androids have a service life, and once they pass that, they… Well, it gets pretty bad. For this reason, SA Corp. creates a terminal service in order to retrieve Giftia that have gone past their service life. A new employee at the terminal service named Tsukasa Mizugaki forms a team with the Giftia Isla to retrieve the other androids, but…

Nagato Yuki-chan no Shoushitsu: Nagato Yuki, the shy president of the literature club, has never been very sure of herself around other people. But around Kyon, the only boy in the tiny, three-person club, Yuki finds herself faltering even more than usual. For Kyon, and for her precious club, Yuki must find her confidence and let her true personality shine! This is a series based around the alternate universe touched on in the beautiful “Dissappearance of Nagato Yuki” movie and has even received it’s own spin off manga. Even in the original Suzumiya Haruhi novels and adaptations Nagato was always my favorite character, so am looking forward to this. li

Hello! Kiniro Mosaic: Season two of the anime adaptation: The story begins with Oomiya Shinobu, a 15-year-old, seemingly pure Japanese girl who actually did a homestay in Great Britain. Even after coming back to Japan, she still misses her time overseas. One day, an airmail letter arrives from Alice, the girl in Shinobu’s host family in Great Britain. The letter reads: Shinobu, I’m coming to Japan! The Japanese/British girls’ mixed comedy follows the lives of Shinobu, Alice, and other girls from both Japan and Great Britain. This is the season’s offering using Kirara magazine material as it’s source.

Tamayura: Sotsugyou Shashin Movie 1 – Me: Kizashi: The story is set in the spring, when Fuu, Kaoru, Norie, and Maon get promoted to third-year high school students, while Kanae has graduated. Two kouhai join the photography club. Even though they bring in new friends, their lively daily life remains unchanged. Yet, the four third-year students are slowly thinking about their own future dreams and paths as they face graduation in about a year. Really looking forward to this. 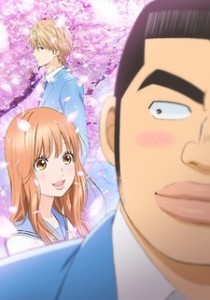 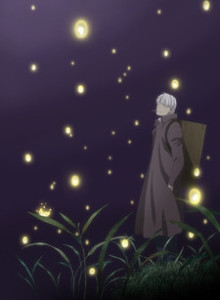 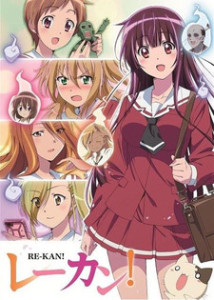 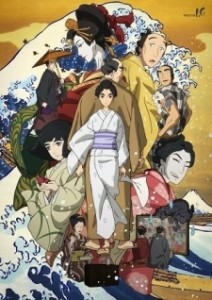 Some of the series I am somewhat looking forward to include: Ore Monogatari; the Mushishi Zoku movie; Re-Kan and the movie Sarusuberi.

Ore Monogatari: Takeo Gōda is a giant guy with a giant heart. Too bad the girls don’t want him! (They want his good-looking best friend, Sunakawa.) Used to being on the sidelines, Takeo simply stands tall and accepts his fate. But one day when he saves a girl named Yamato from a harasser on the train, his (love!) life suddenly takes an incredible turn! This is a great story, and one of the few series I am eagerly anticipating that will stretch into the summer season as well, having two cour.

Mushishi Zoku Movie: The final two episodes of season two of the elegant and thought provoking series that could easily be argued to be one of the greatest anime adaptations ever made in my opinion. These episodes also will conclude the series proper. It seems so unfair to limit the praises that should be bestowed on Mushishi as a series to words like “one of the greatest anime adaptations ever” – it is so much more. For those interested checking out the manga source material is well worthwhile too, if only to be confirmed in the incredible job the adaptation was able to pull off.

Re-Kan: The story centers around Hibiki Amami, a girl who can see ghosts and other supernatural phenomena in her surroundings. The story follows her daily life with both her friends and the otherworldly. I have only read one manga chapter of this, but it has a lovely, quiet tone to it – there is something about it that feels like it may be one of the sleeper series of the season for me. Seems to be flying under the radar of many people at the moment though.

Sarusuberi: The time: 1814. The place: Edo, now known as Tokyo. One of the highest populated cities in the world, teeming with peasants, samurai, townsmen, merchants, nobles, artists, courtesans, and perhaps even supernatural things. A much accomplished artist of his time and now in his mid-fifties, Tetsuzo can boast clients from all over Japan, and tirelessly works in the garbage-loaded chaos of his house-atelier. He spends his days creating astounding pieces of art, from a giant-size Bodhidharma portrayed on a 180 square meter-wide sheet of paper, to a pair of sparrows painted on a tiny rice grain. Short-tempered, utterly sarcastic, with no passion for sake or money, he would charge a fortune for any job he is not really interested in. The third of Tetsuzo’s four daughters and born out of his second marriage, outspoken 23-year-old O-Ei has inherited her father’s talent and stubbornness, and very often she would paint instead of him, though uncredited. Her art is so powerful that sometimes leads to trouble. “We’re father and daughter; with two brushes and four chopsticks, I guess we can always manage, in a way or another.” Decades later, Europe was going to discover the immense talent of Tetsuzo. He was to become best known by one of his many names: Katsushika Hokusai. He would mesmerize Renoir and van Gogh, Monet and Klimt. However, very few today are even aware of the woman who assisted him all his life, and greatly contributed to his art while remaining uncredited. This is the untold story of O-Ei, Master Hokusai’s daughter: a lively portrayal of a free-spirited woman overshadowed by her larger-than-life father, unfolding through the changing seasons. This looks totally awesome, and I will be more than happy to review it as soon as possible.

There are also a handful of other series I am curious about at the moment too, including: Arslan Senki 2, Mahou Shoujo Lyrical Nanoha ViVid, Shokugeki no Souma, Kekkai Sensen, Show By Rock!! and Hibiki! Euphonium, but in all likelihood they will be covered more in detail by FlareKnight and Setsuken. All in all, though, Spring 2015 looks to be pretty strong at the moment, and definitely worth looking forward to!