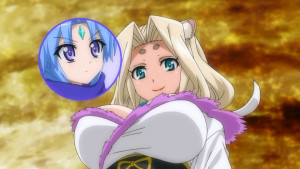 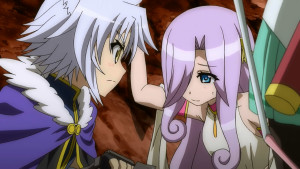 This episode definitely gave some good surprises that I didn’t expect and also managed to continue its world building focus at the same time. Now we have a race of mermaids living inside a sky whale. I think they’ve pretty well covered everything they could at this point XD. The world these characters are living in is so much bigger than it was in the first season it’s kind of frightening.

Situation is a bit more dangerous as well with everyone split up This allows the attack at the end to really be effective because there is less firepower there. Gee, they sure could have used more help in the whale….But anyways, with everyone in their own area it allowed the attack to feel like legitimate threat. 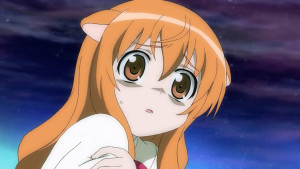 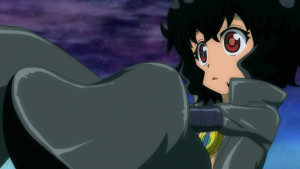 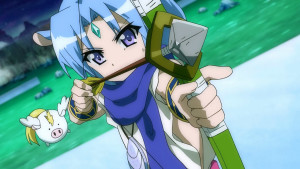 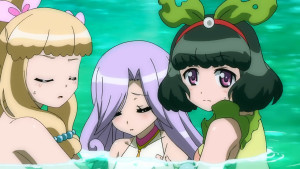 This was probably the first time the whole season an enemy has felt this legitimately dangerous. The demon invasion in the first episodes of this arc didn’t feel like a real threat, just a good fight for the armies to unite against. This guy though…he was able to be intimidating and evoke some real reactions from characters like Rico. Let’s face it Yuki isn’t a pushover of a character, even Shinku had tough times when training with her. If she’s being overwhelmed in close combat that says something about the threat level.

Really the only hope they have right now is getting Nanami and Gaul over there ASAP. Their hero and spirit crystals should allow them to take this guy on more evenly, right now they just don’t have the firepower there. I was impressed just by the fact that we got an enemy that could make the situation that dangerous. It’s usually fun and games even when the threats are serious. I think on a certain level having an enemy with a personality and objectives makes it a bit more scary than just fighting a mindless monster.

Was also a good chance for characters to get some action in that we haven’t seen much of. Sharl getting to fire a few shots and try to handle herself at close range when the attack came that way. While Yuki was getting knocked around she was right in the fight and that was fun to watch. No goofy sound effects on bust bouncing when things got serious like that. 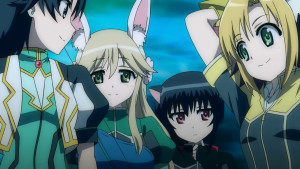 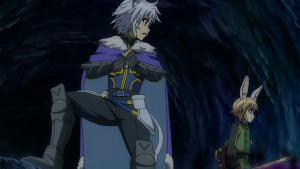 On one level there wasn’t really anything new about the conversation between Genoise and Nanami. We already knew from the second season that in Gaul’s point of view none of those girls were ever potential love interests because they were basically family. And while some shows may give a different impression, that generally means not much romantic attraction to be had XD. It was a nice little conversation though showing that they really are just a close family. It was also a good scene to make the point that most did, that it’s pretty rare for Gaul to actually be interested in someone. This season has been partly about giving the royal family of Galette some love interests.

And yeah, Aria ends up being an option I didn’t think too much on. Even I didn’t go as far as to think they actually had a whole society of mermaids living inside a whale. My imagination wouldn’t let me go that far XD. Understandable that they didn’t care to go to the surface since it’s not an easy trip and there isn’t much fresh water of easy access. Props to Rico for showing why she was brought on this trip though. Coming up with a nice idea for how the mermaids could travel on the surface to visit. A bit over the top, but it’d work for them. Would be a good way for Aria to be able to visit and see some war games….which might honestly be how this season wraps up since there won’t be time for anything else. 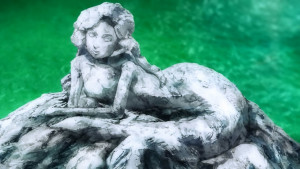 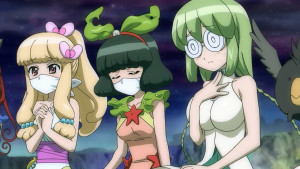 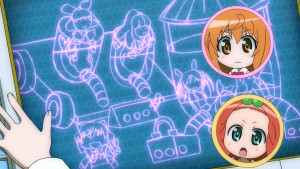 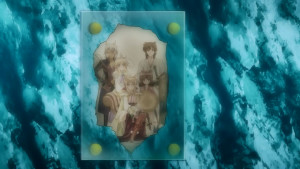 On the positive side we now are guaranteed another concert for Millhi. She has to at least get one concert per season and it seems like this will be a pretty big one. Not often that her singing actually has to save the day, but this is one of those rare occasions. Since we’re talking about a flying whale I guess we can run with the logic that singing will help clear up these demons and help the whale to recover from its illness.

I guess Leaf and Gaul should get there in time to help out Aria from her creepy stalker. They should probably be enough since Leaf is pretty OP on his own and Gaul has a hero crystal he can use. The one question I guess was what kind of thing was going on between this Verde character and Aria. Hard to really know since Aria’s amnesia doesn’t give us a lot to work with in terms of her character and obviously Verde has been corrupted and isn’t acting normally either. Again, at least he makes for a solid villain. 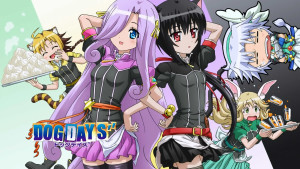 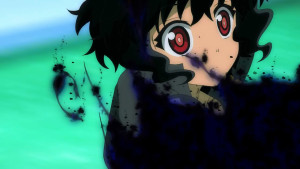 This was a really good episode I thought. It continues building up this world to pretty extreme levels and continuing the idea of bringing all these various races and groups together. Sharl is far less isolated now than she was before and even the mermaids are going to now become more active in the world since they can go and visit the surface if they want. It’s just a much bigger world than it used to be. I still have some reservations about the season as a whole, but this episode has little to complain about.
Score: A