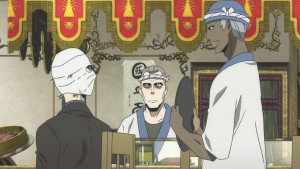 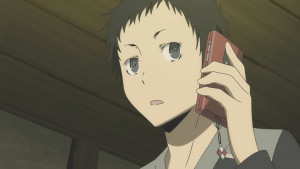 And the story moves right on. Its hard to really say if Durarara!!x2 is slowing down again, or maintaing that momentum from the last few episodes yet. What I do know is that I got back into the state of feeling like a passive observer again, something that plagued the first four episodes.

Having said that though, there were enough interesting things happening on screen that I didn’t feel like the episode was “just okay”. Its somewhere in the middle from the okay first four episode, and the entertaining last two.

Durarara!! has always been kind of all over the place in how it tells its stories. Narration, flash backs, multiple POVs over the same events e.t.c, and while it mostly works, sometimes it doesn’t. I think if nothing else, the balance of  linear and non-linearity was pretty good in this episode. 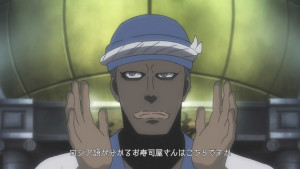 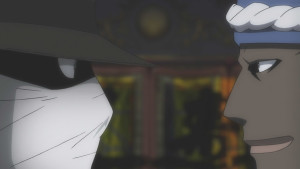 The episode openned up not only with a flashback, but it had Simon as the narrator. Its obvious that we’d have narration in a series based on a light novel, but the way the anime adaption can add extra color via the seiyuu and voice acting, is just a rare and unique thing that is wholly Durarara!!’s.

The first half of the episode not only focused on another meeting between Simon and Igor, but it really dove into the new character Varona’s backstory. Varona’s character isn’t a bad one, but I am starting to wonder why we’re getting all these damaged, quirky killer characters in the series now. First it was Ruribe, now Varona. 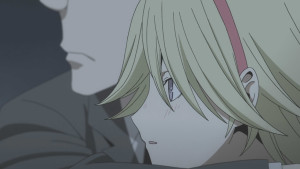 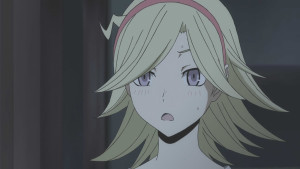 What makes Varona kinda stand out, I suppose is the weird stereotypical Russian angle that the story took to build her up. The truly surprising thing to learn was that it was in fact Simon that taught her the basics of combat and self-defense. 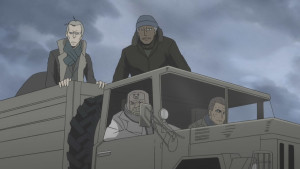 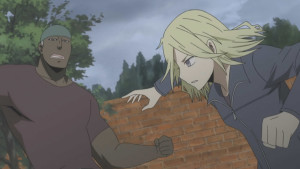 The little tidbits of Simon back when he was in Russia were both fascinating and the highlight of that segment. I found myself more interested in Simon in general, as there’s still the big mystery of why he and the Tenchou ended up leaving Russia and heading to Japan and Ikebukuro.

Simon was an interesting narrator, in that he had a very “let me boil it down for you” way of speaking. The whole mention of the two types of Ivaan in Russia, as he discussed his former bosses for example. The Two Ivan’s as it were, were pretty quirky weird characters in themselves. It was interesting to see Simon kind of start there with the whole “not getting the hint”/”Not reading the atmosphere” idea, and then have move into the Japanese and the two Taros among Men concept. Just a brilliant and unique way at looking at the events of the episode, that were… for lack of a better description “Very Simon-like”. 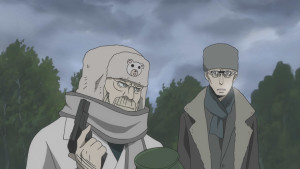 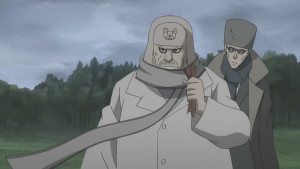 I think this whole analogy of the two tarous and Ivans served to act as a narrative device that linked the episode’s two parrallel storylines together. While Durarara!! always has multiple dangling plot threads, we really have two ongoing plot threads that are kind of front and center at the moment.

There’s the obvious battle that Anri (With Saika) had with Varona, and how its lead to Anri and Celty teaming up. That whole storyline is going to mesh into the whole little girl character that Shizou is dealing with, since Anri and Celty are going to go back to Celty and Shinra’s place. 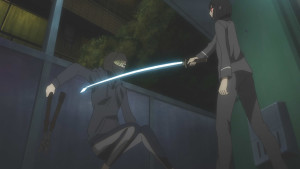 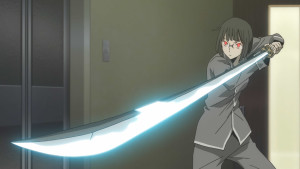 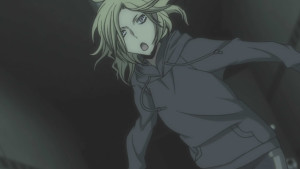 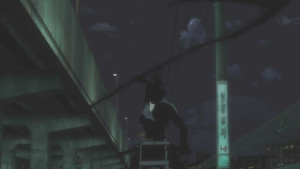 So its pretty much going to be Anri+Celty+Shizou versus Varona and Sloan. My… God, Varona is so friggin screwed. She had trouble enough with just Anri, imagine her taking on Anri and Celty at the same time. Its unclear how involved Shizou is going to be, but all in all, there’s a massive boil happening with regards to that plot, and I can’t wait for pot to burst.

On the other side, we have Mikado and the whole dollars thing. The episode pretty much ended with Mikado opening his door (much like Anri did last episode) and running into none other than Aoba. It was interesting how Simon described Mikado as the Nice Guy and Aoba as the one who uses Nice guys, and that both are “too good” at reading the situation for their own good. 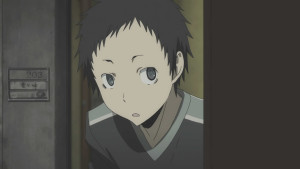 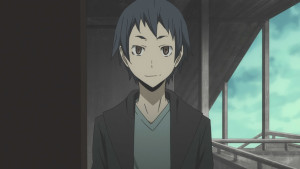 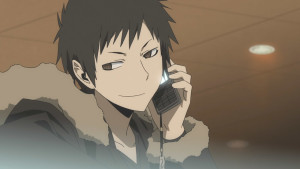 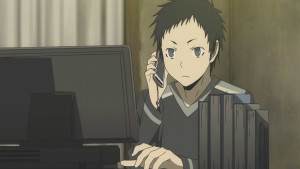 There’s also the fact that Izaya is involved, playing his games on Mikado. Its hard to say what Izaya’s end game is with the dollars. I found his little pyscho analysis of Mikado to be entertaining, if not on point. Mikado is the interesting character, and outlier in the cast, because he’s the one guy who’s completely normal, and yet craves the abnormal.

Much unlike Kida, Anri, Celty or even Shizou, who want to have a nice normal life. Of course, despite being normal, Mikado does have the power of being the founder of the Dollars. I’m definitely curious about the whole Anri, Celty and Varona storyline, but I’m more so interested in how the whole Dollar’s storyline plays out as well. 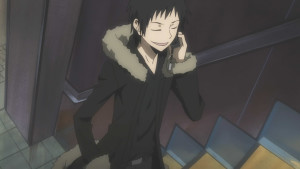 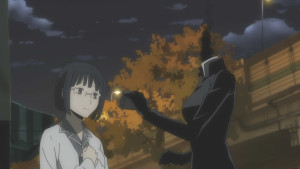 I guess, in some ways, while not a lot happened in terms of THAT storyline this episode, the threads placed in this episode should hopefully lead to something interesting next episode.

For all intents and purposes, I guess this was indeed a “slow” episode, but one that felt like a breather, contemplative episode. If anything, the possibilities for where the plot goes next are endless, and make me pretty excited. I’d call that a win for Durarara!!x2, if nothing else. 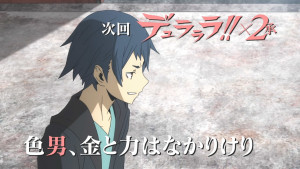 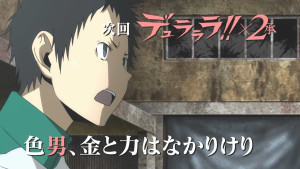 The Dollars storyline takes center stage next week, and I can’t wait!