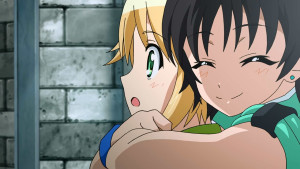 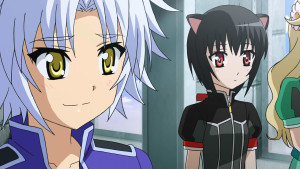 This wasn’t the most exciting of episodes, but it was another good case of world building and setting up a potentially interesting flashback episode. Really at the core of it you just had Leaf going around to various places and learning about the cultures as he went. We did get more of a feel for the towns which we haven’t quite gotten since Eclair showed Shinku around in season 1. This was a chance to just see different places from town streets to meeting halls. Not like we’ve spent that much time in those areas within Galette so that was nice.

It was kind of interesting to learn that Jaune is moving towards becoming a new general for Galette. This is kind of a reminder that time is passing in this world. Noir is working hard to become an anti-demon specialist, Jaune is going to become a general. Genoise are moving forward with their lives. Not just standing by as a hit squad for Gaul, but all moving towards their individual goals. I suppose in a more serious show you’d start to worry about the older characters getting killed off to free up spots for that next generation, but here it feels more like a positive acknowledgement of everyone growing up. 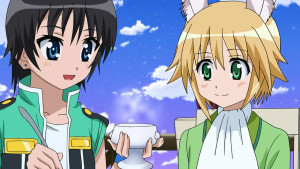 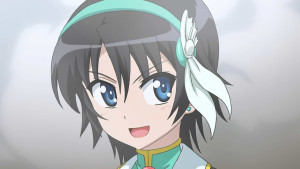 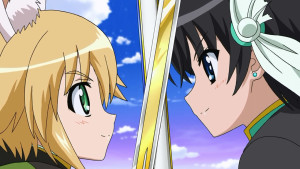 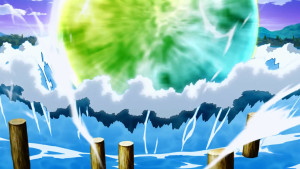 In some ways not the most exciting of episodes to talk about, but at least there was some action for those who wanted more fights this season. Leaf vs. Nanami wasn’t exactly a fight I was expecting. Though it kind of makes sense that people would be excited to go up against this guy. The kid is a monster. He’s younger than a lot of the cast and yet right now is just a few shades below Leo! If you told me this kid would turn out to be the most powerful person in the entire series I’d believe it. The potential for this guy is kind of mindboggling.

The action itself was fairly nice and impressive that it turned into a draw. I somewhat expected that since Nanami isn’t at Leo’s level so I wasn’t calling for her to win. Made for an interesting little bit of fighting with the two of them using some quick movements to keep the result up in the air until the big showdown between finishing strikes. 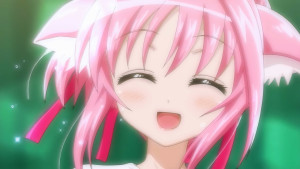 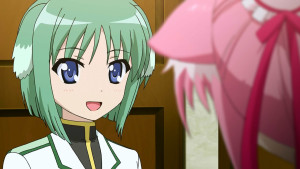 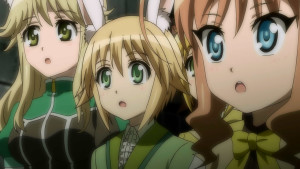 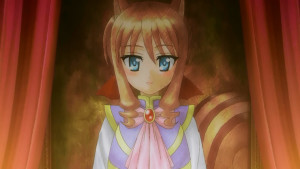 We also got another concert for our Princess from Biscotti which is nice. Shows how busy a character she is though. Taking charge of a kingdom, politics and being a full blown idol when she has time. Definitely a different feel than the usual kind of concert I expect Leaf has experienced. The episode made the world feel more concrete by showing how Gaul, Leo, Shinku, amongst others are all busy with their own responsibilities. They are getting to be a part of this world and have professional jobs they have to do. It’s not just a fun little world, but one where they do have to take care of business.

The biggest thing was the scene near the end. I’m excited to find out more about Adele’s past. Also should be fun to see more from Valerie who is a kind of cool character. While I’m sure there will be some awesome moments there is bound to be a hint of tragedy in there as well. Valerie’s sister, the one former member of the party that isn’t around anymore. The story may be for Leaf, but I’m looking forward to it as a viewer. Should be a nice change of pace. Also still gives me a feeling something is going to go down near the end of this season. 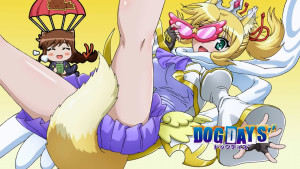 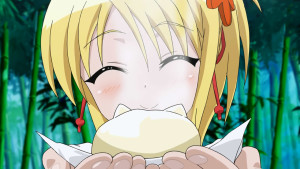 This felt like a fairly solid episode. I wasn’t overly excited about it, but could appreciate what it tried to do. I’m just more interested in getting to next week so we can see how this will all turn out. Rarely am I too excited for flashback episodes but this is unique. It just feels like they will do a good job with it.
Score: B