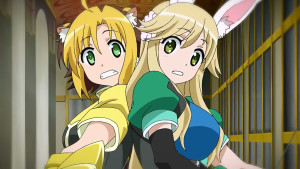 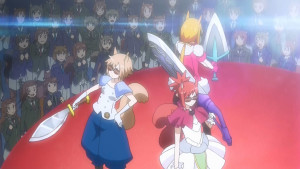 This wasn’t a bad episode. A bit of return to normalcy for the cast after that big battle that had quite a bit at stake. This was the chance for the heroes to get back to their respective countries and have some fun. Easy to see how everyone had gotten a bit worried with how the summoning went badly. This was a good chance to relax a bit and I’m fine with that.

Though of course I’m curious how things will go from here on out. Can see them spending a few episodes just having things getting back to normal. But still have a feeling that something serious is on the horizon. There is a very clear passing of the torch going on here from the older generation to the kids. I do wonder what might be coming up and if the characters realize the long term situation ahead of them. While it’s all fun and games now, eventually the heroes are going to have to decide where they want to be. Maybe they can get the summoning to the point where it’s easy to just go back and forth constantly, but even still they will have to decide whether to be permanent heroes here or focus more on their lives back home. 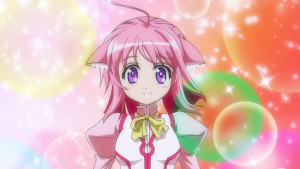 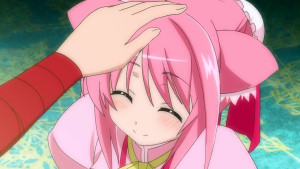 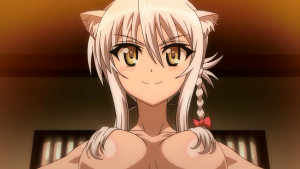 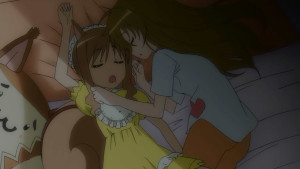 I did find it funny to think that Shinku must be getting run ragged by the cast. The ending credit is probably pretty accurate in some ways. He is in constant demand especially since he just got back. The walks with the princess are important, then Rico has all sorts of games she wants to play and of course Eclair wants her personal time with him also. Just imagine him staying there long term…No matter who the guy ends up with I can see him being a shared commodity in a lot of ways.

Not much you can say about the Nanami and Leo scenes. Those two have a pretty open relationship that’s for sure. Massage treatments and bathing together. Those two are set up perfectly to have a fine long term friendship there. Nothing wrong with the cute aspect of Becky and Cou either. Very much them to just be sleeping together and not eager to get up. 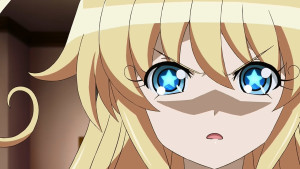 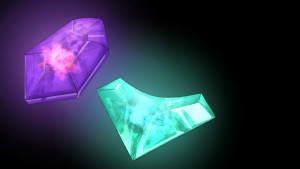 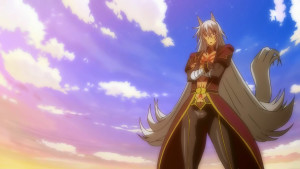 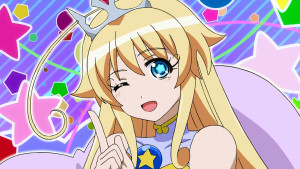 Valerie sure had an up and down episode. He did get attacked a few times and ended up tied up, but did he really suffer in this episode XD? Those creatures of his caused a great deal of havoc and he pretty well stayed out of it for the most part. I guess it was because he had an attachment to them from his older days as more of a pure demon lord. Those actually are an awesome way to deal with people coming to attack you. They lose their clothes and their weapons, that takes care of fighting spirit and capability right away.

I just like the background for him and Adele and getting a feel for how their relationship has developed over the years. The mention of his sister the former ruler who summoned Adele was also of interest. Must have been quite the complicated little backstory there. Maybe no time for a big flashback, but I almost wouldn’t mind just spending an episode seeing what happened in the past. 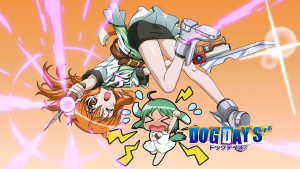 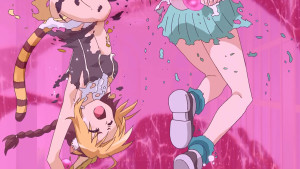 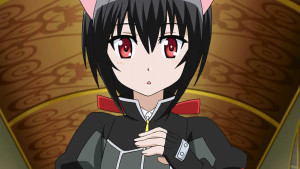 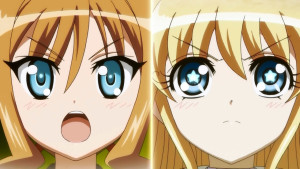 The action itself was enjoyable. Those creatures really were tough to handle and I’m sure there was mixed feelings for people watching in terms of not wanting the good guys to win. Genoise, Nanami, Becky, and Cou all got some chances to take the fight to those things and had mixed success. Poor Genoise just got annihilated out there. Even Noire who has stood out from the rest of the group because of her anti-demon training and her personal rivalry with Eclair still got owned.

That combo attack at the end really was something though. The girls using their hero modes to just clean up the scene thanks to some nice teamwork. Seeing Adele sort of fuse with Cou was interesting on a whole different level. The show has obviously been giving us these images of ‘fused’ characters in between the first and second half of the episode. I thought it was just something done for comedy, but it could actually be foreshadowing some future situations where this is going to happen. After all even if you can’t pass around hero crystals to everyone this is might be a possible alternative. It’s a way to have characters fight for longer without having to cut to every single person we know. Even if say Rico and Eclair as a combination doesn’t happen it could mean other combos are possible. 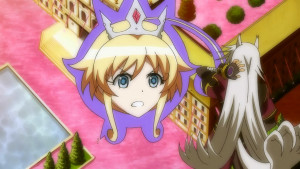 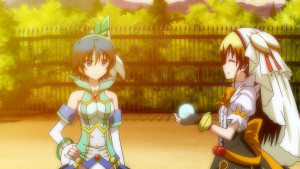 Not the most exciting of all the episodes so far, but it was a nice one. I hope the whole third season isn’t just a bunch of small incidents, but that doesn’t mean I have a problem with having a stretch of episodes like this one. It might be hinting that something bigger will be coming and that there are various possibilities to take care of that situation.
Score: B+