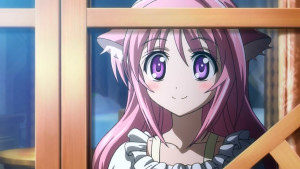 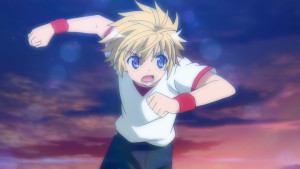 Welcome back Dog Days. It is good to see this cast again and see where the story goes. We get to start off in a more unique manner with a summoning gone wrong and seeing a bit of crisis response from the governments of that world and the heroes who are kind of thrown into a Jurassic Park situation. There was a good sense of crisis to this episode since without their special weapons, Shinku and Nanami are not the most powerful beings out there. They are still incredibly athletic individuals, but that only allows them to run from harm.

I did enjoy the opening of the competition between Shinku and Nanami. It shows that rivalry between them and ties into the desire for Shinku to surpass her. It ends as a tie which is a good sign of his progress and the possibility of surpassing her someday. It even had an actual English sounding commentator for the match. It was a bit lacking in intensity, but not every commentator is the excitable type and maybe they wanted the voice actor to keep it calm so the Japanese viewers could understand it easier. 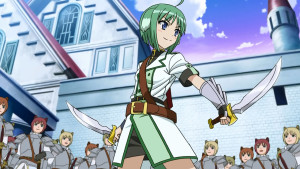 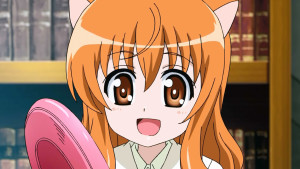 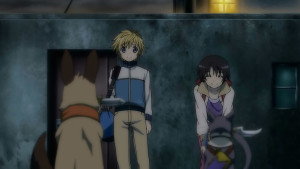 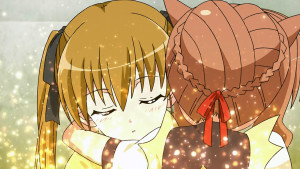 You start off expecting pretty much what we had last time. The heroes get summoned, have some fun with their rulers, and head straight off to another epic war game. You can see the characters hyped for the return of the heroes and ready to spend time with them again. Eclair so hyped for the return of Shinku that she’s just constantly training, Rico looking toward some Frisbee fun, Cou pacing, Leo waiting patiently, and of course the Princess excited as well. Sadly only one of these people got the arrival they were looking forward to.

Considering we’ve got world traveling magic at play I can believe a lightning bolt could mess with the transport. They are probably that the only damage done was to the transport, since lightning is no joke. Good job managing to stay alive once they landed in that dinosaur filled place. Had to duck some pretty serious dangers and kept themselves in one piece until some kind of help could arrive. Also just a bit of Shinku and Nanami pairing teasing which wasn’t a big focus in the last season, but noted. 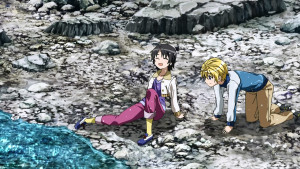 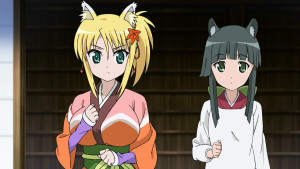 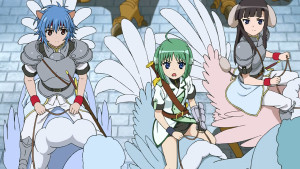 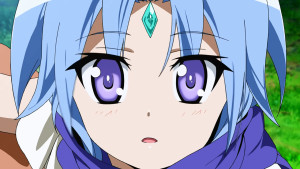 Not at all surprising that Eclair and Gaul were the ones heading out right away to start hunting for the heroes. Both are definitely people of action and sitting around would just drive them crazy. It’s a fair point that they do need to take their time and do some information hunting since the world is just too big to just randomly hunt for them. But at the same time, taking some initiative isn’t a bad thing. It’s possible to come across some information from civilians who might have seen something and luck could always be on their side.

Sharu really saved the day by tracking down the heroes and giving them a hand. Though I can’t really blame her for being pretty suspicious initially. They did look like some lost tourists in that state. Good thing she was kind enough to help track their stuff down and plan to lead them out of the forest. In general it was a good thing for her as well since it got an element that shouldn’t be there out of the forest. Though I think she probably should have bought the hero story earlier since there shouldn’t really be humans in that world who haven’t been summoned there. For a first introduction she seems like a nice character. Not too cold, but has a good head on her shoulders. Not surprised she got wowed at the end with the whole rescue bit and Shinku pulling his harem lead charms on her XD. 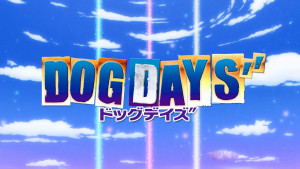 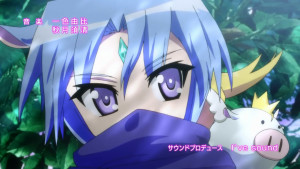 That is definitely the kind of OP I can get behind. Especially for a show like this you just need to start with energy. This OP had plenty of energy to it and I appreciated that. It does a good job showing off the increasingly large cast that this show has assembled. While of course giving particular focus to the heroes. Though there was a small sign that troubles might be ahead. There seemed almost a melancholic look from the Hero King and the rest of the more ‘experienced’ cast. Might be that this trip will be more troubling for the cast than the last one. 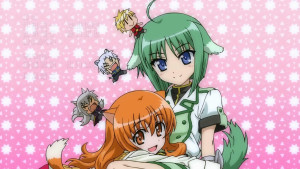 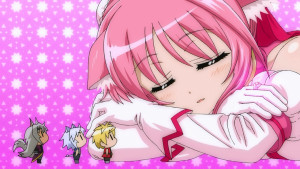 The ED manages to have some fun while remaining pretty simple. Basically having the key main male characters in chibi form running over still images of the female cast. A somewhat unusual sight, but I guess it was a way to get some fanservice for that female cast in the ending. Kind of funny that it ends with them running into a sleeping, but actually moving Millhi and that stops the running. The song itself was nice. Nothing that I think will stick with me, but it was enjoyable. 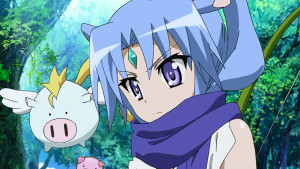 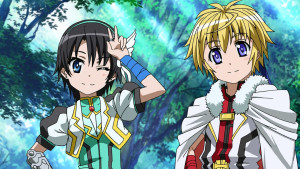 It was a good return to Dog Days and I’m looking forward to the rest of the season. Curious to see if this demons in the forest situation is a short arc or connected to something bigger that will take up most of the third season. Either way it was a nice thing to have the cast back. Having a different kind of start was a good change of pace and gave a few surprises that I didn’t expect.
Score: A