Having some time to digest it, I can say that SAO 2 as a whole managed to surpass its first season. The first season still had the best arc overall, but the stories we got in this second season were a better overall package. This season really gave a great deal of variety from a murder mystery + shooting game, to group quest with Norse myths, and even a great arc focusing entirely on Asuna. We really got a good bit of variety and a chance for Kirito to grow, but also some characters around him.

In a few ways this season was very much the same of before. The first arc had some similarities to the ALO arc in the first season in that Kirito manages to meet a harem candidate and have her be basically his sole ally during a difficult situation. The situations were different, but that aspect was very much the same. I thought the Mother’s Rosario arc in the second season had some good similarities to the original SAO. It brought a sense of loss back that the first arc had. That was a world where if you died, you really died. Every battle, every moment was purely real because the stakes were. Mother’s Rosario more than even the GGO arc, helped bring that feeling of weight back to the series for me. Maybe it’s just a sense of tragedy that it brought back. 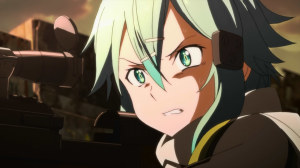 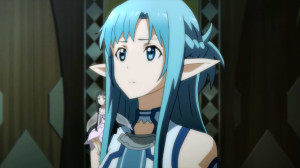 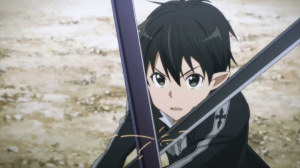 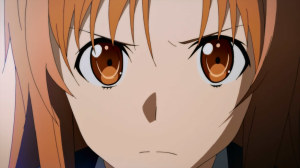 An interesting change story wise was giving some serious focus to someone who wasn’t Kirito. Some shows can’t let go of their leads for even a moment, but SAO II actually managed to do that. It wasn’t the longest arc, but this was a chance for Asuna to reclaim prominence. The ALO arc in the first season really diminished her to a simple damsel in distress situation. Here she had her own life problems to deal with, her own battles, and her own character growth. She really became an interesting person. Or perhaps Asuna just reclaimed that interesting aspect of herself since I did really like her in the first SAO arc. Just seeing her growth was worth watching this season.

There was also growth to be had for Kirito. He had to face his demons in the GGO arc and realize that the experiences he had in the original SAO are still with him. Everything did not simply end when that game was cleared. Those that survived still have their lives ahead of them and have to live with what they had to do during that difficult time. The traumas from Kayaba’s actions will continue to impact people for a long time. I do feel that Kirito at times struggled between being the kind of force you need a main character to be in this kind of show and being too good. There were novel reasons for a lot of what he could do, but even still it felt a bit too much at times. Going into a gun based game like GGO I honestly wanted him to struggle way more than he did. There is a fine line between being too weak and too strong, but I do wish they found that line a bit more. Kirito is still a good character and interesting guy to watch, but I just had some issues at times with him. 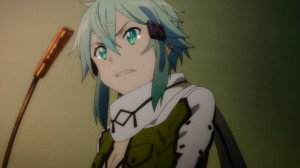 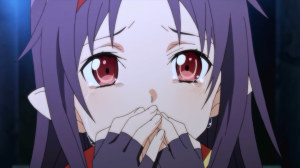 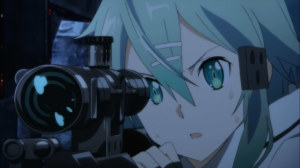 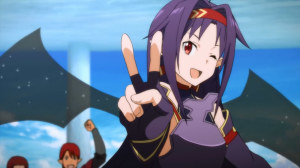 The new characters were impactful for their respective arcs. Shino and Yuuki were both entertaining characters and I’m glad to have met them. Shino did somewhat devolve into another background harem member once her story was told, but that story was still a strong one in my view.

We got to meet Shino in a gun based MMO and she made a strong impression from the start. But it was her whole backstory that made me care more about the character. She really had gone through something traumatic and I could believe the struggles she was having dealing with it. How she tried to deal with her trauma wasn’t really correct, but I thought it was believable that you don’t always find the right solution to your problem right away. Sometimes you make some mistakes in trying to overcome something. I think she matched up well with Kirito since she had a strong personality. Even her moments of weakness were ok, because you had that whole picture in mind.

Yuuki was probably the best character we got overall even if her arc was short. Too much about this girl is filled with spoilers, but can say she was quite the strong character. So much of how she behaves is tied to her personal situation. This girl could very well be the strongest character in the series and has a pretty energetic personality to go along with that skill. The bond that developed between her and Asuna was something special. Both characters really had an impact on the other person’s life. There are just things that they would not have been able to accomplish by themselves that they could because of that friendship. In the end Yuuki was strong, fun, but also vulnerable. She never felt too perfect and her story had a realistic kind of feel to it. 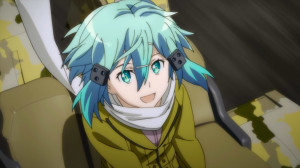 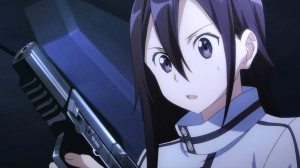 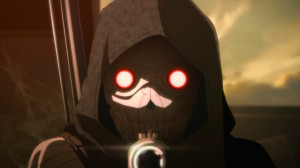 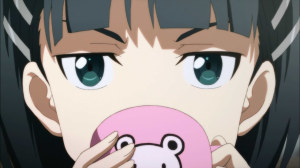 I think on a lot of levels this was very much a sequel to SAO. The visuals felt equally strong to me, the action was still pretty fluid (though that depended on the arc) and the music was still catchy. Though I will say that season 2 had good music, the best moments really came when those season 1 tracks were playing. Not really a knock against season 2, but when you have a really strong OST it is hard to surpass that. This season had a good variety in terms of settings so we got different kinds of action. My only regret really is that despite giving Kirito an actual light saber, he never gets to engage in a light saber duel with anyone XD.

The plots were solid, though I’d say the characters really were the highlight. GGO was basically a murder mystery, but a decent one. I did spend some time trying to decide what was going on and how the “crimes” were being committed. It wasn’t so much a mystery of who was behind it though. I think they could have done a bit better job in making it hard to figure out if someone was suspicious or not. 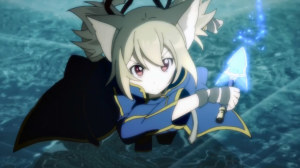 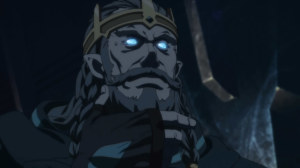 The mini-arc was based to a degree on Norse myths. It was an actual chance for the SAO cast to interact and quest together. So many times they keep the focus extremely small, but this time we had some more people involved. It was nice to see characters like Silica fighting again for the first time since early SAO.

And of course Mother’s Rosario was a really strong way to end the season. It tells a great story with Yuuki and Asuna at the center of it all. It’s a really emotional arc, but one that is worth watching. I wasn’t sure how much I’d like it going in, but it left an impression on me. It was the rise to prominence for Asuna and I think her character badly needed it. 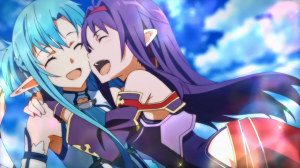 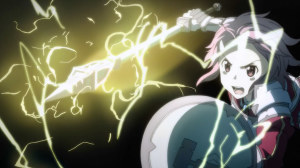 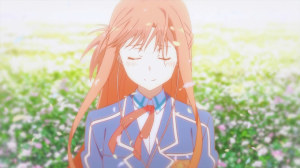 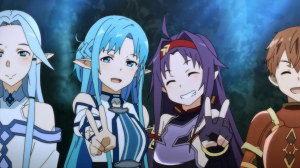 Overall, I’d say this was very much on the same level as the first season. If you didn’t enjoy that then this really won’t do anything for you.

The first arc of SAO is probably the best out of anything we’ve gotten yet, but that’s ok. I just liked the idea of the first season and wish they’d dragged it out more. But since they couldn’t actually go back in time, this was a fair compromise. We get quite a bit of variety in terms of the tones and the overall plot for these arcs. Different characters get their chances to shine and be developed. Though the focus mostly was on the new girls (Shino and Yuuki), Kirito, and Asuna. The general members of the harem weren’t developed that much.

I honestly wasn’t sure after the first season and the ALO arc if I wanted to come back and watch season 2. I am glad that I did so though. We got moments that were worth watching. If someone really enjoyed the first SAO season this definitely lived up to expectations and is worth watching. A very enjoyable A-.