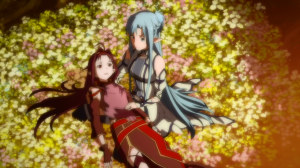 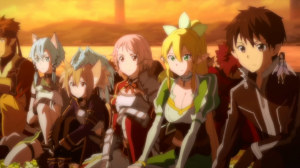 Well this episode and series ended in a way I expected it too. It was sad and yet at the same time I left feeling satisfied in a way. Yuuki did pass away which was sad, but at the same time that was about the best way a human could go. In SAO we have seen people suffer much worse at their death. Here there was no despair, just a sense of peace as Yuuki felt the care everyone had for her and that she truly had an impact in her life.

It’s not to say I didn’t feel sad at her passing, just that I wasn’t hit the same way as if it felt even more tragic. Her death itself was tragic though. Suffered from disease, at times felt hopelessness, and just suffered a lot. But at the same time, this was the best way she could have gone. With the people she cared about surrounding her and realizing that it had meaning. It’s one of those times you could say “that’s a good death.” If there is no choice but to die, that’s the way to go. Maybe on some level I’m also just rationalizing it, because we knew for a while this was coming. It was clear the arc was going to end on this kind of note. It’s a sad end, but one you can walk away with not feeling angry about it. 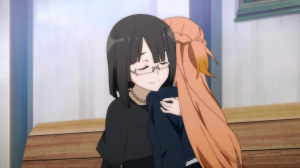 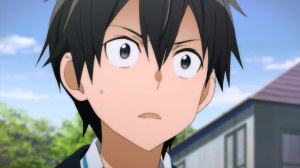 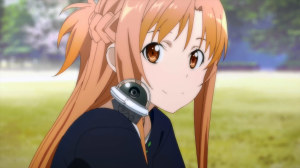 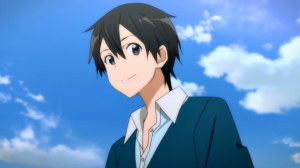 I do want to jump into the kind of unsettling revelation that Kayaba was behind that tech for Yuuki. In general I just don’t like it. Really I would have preferred they just not mentioned it since it left me feeling uncomfortable rather than focusing on Yuuki’s passing. It was passed along by the person looking after Kayaba while he dived, but he was behind it. Even this long after he is dead that guy continues to have his impact on the world. It’s like the lives of everyone are being played around with like toys on the hands of that psychopath. I can’t even treat good medical technology as a positive thing thanks to that lunatic.

The aftermath as a whole was fine. Kirito and Asuna affirming their feelings which are probably even stronger after the passing of Yuuki. There’s no way Asuna will let her mother or anyone decide who she spends the precious years of her life with. If they don’t approve well that’s going to be too bad for them. Somehow I think Asuna may have to live up to the extreme nature of her words since….well Kirito is good at getting himself into trouble XD. 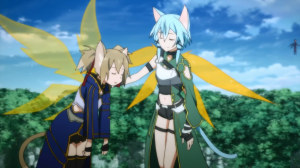 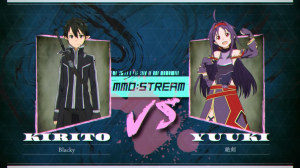 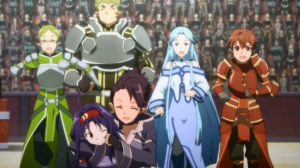 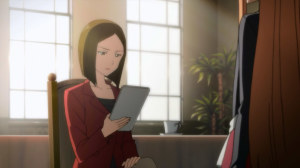 You could feel where the episode was going leading up to that big moment. All the time the groups were spending together in such a short amount of time just screamed that a death scene was coming. The scenes had some positive points to them though. Kirito losing again to Yuuki was fun to watch. Of course it still leaves things open to interpretation since he wasn’t using two swords and he just doesn’t fight truly seriously unless the stakes are just that high. This season has been devoid of berserk mode Kirito. Of course even if he went all out he might and probably would still lose. Kirito isn’t the god of that universe (that guy never seems to go away). He’s a good gamer who got where he did because of very intelligent play. He’s someone very attached to the virtual world, but at the same time he’s just not that insanely good.

The rest of the scenes were just nice. You can see there are good people in both groups. Outside of Yuuki, we don’t really know that much about the Sleeping Knights as people, but you can still get that feeling. It did feel a bit silly that the Sleeping Knights seem to be having a kind of miracle recovery after Yuuki’s passing, but I can let it go. Medical miracles happen. Although it’s not like they are recovered. Being in remission isn’t quite a guarantee of long life, but it sure is better than the alternative. Best of luck to Siune in staying healthy in the future. 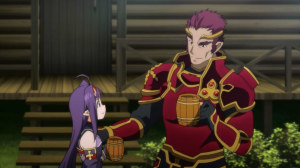 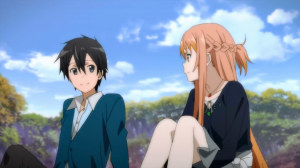 This really was one of the strongest arcs in SAO. To me it was definitely a good second out of the four we’ve seen so far. I still think the first arc as a whole is more powerful and impactful, but this was really good. The full focus on Asuna honestly saved her character to me. She really turned into the “official wife” that you didn’t care that much about since she was a damsel in distress in the second arc and a non-factor in the third. Here she was the focus and her relationship with Yuuki was very touching and memorable. They really had a strong effect on each others lives. Asuna may carry on that memory for longer, but Yuuki definitely felt more fulfilled at the time of her death because Asuna was there for her.
Score: A+ 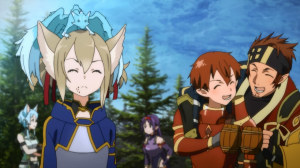 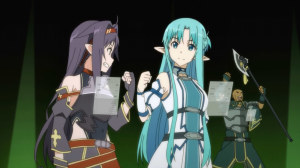 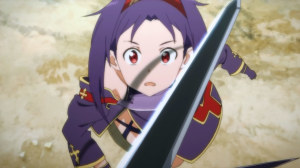 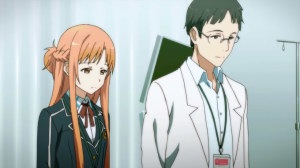 So, that’s SAO season 2. It was a really good run. As a total package I think it actually does beat the first season. The first season had what I felt was the best and the worst of the arcs. While season two has the second and third best of the arcs. This really just had a hugely emotional arc with Mother’s Rosario and a good fun mystery with GGO. We even had a little run to get Excalibur which was good fun and a rare time to see the case actually fighting together instead of it just being a one character show. No complaints about getting to enjoy a season like this.

The season gave us two very likable new characters in Yuuki and Sinon. Of course Sinon ended up being another Kirito harem girl, but Yuuki at least got attached to Asuna which was a nice change of pace XD. Both girls had their difficult pasts and stories to tell. Really between the trauma of killing someone in self-defense during a robbery and suffering a terminal condition like AIDS we were full on the tragedy this season. In the end both found something important before their stories were done. Just that Sinon gets to continue forward and Yuuki sadly will not. 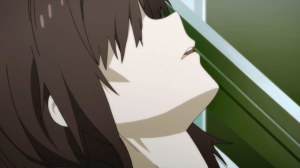 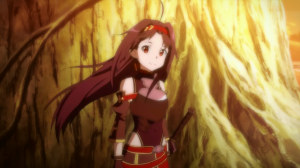 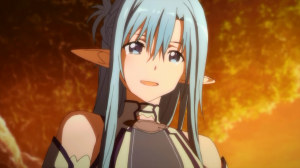 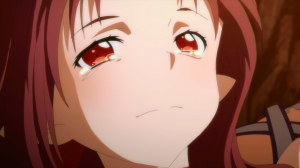 This was just a really good second season to be honest. I wasn’t sure how much I’d enjoy it after the ALO arc last season, but this was truly enjoyable. It had some tough moments, but I did get invested especially in Yuuki’s story near the end. It just felt a whole lot more real thanks to the fact that it was a disease we are all at least familiar with. I don’t know anyone who has dealt with that monster, but I at least know about it. This arc did a good job developing Asuna and the season continued Kirito’s development and deepening focus on this virtual technology for all its good and evil. We know it can help people like Yuuki live out their lives in some comfort, but we know it can be used as a tool of terror and fear. Like any tool it’s good and bad is up to the users and sadly this world has a lot of evil people in it.

I say goodbye for now to SAO. If we get a third season I’ll be up to watch that for sure. We had a good run with this season and here’s hoping we’ll get more to enjoy in the future. I’m glad I got a chance to talk about this show on a regular basis. It was quite the ride.