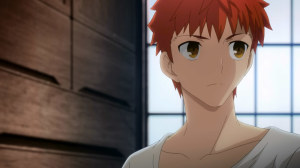 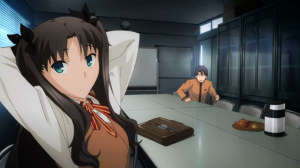 For an episode without any action this actually was a really enjoyable one. It moved the story forward especially for Shirou. This episode really was all about him and those around him. The aftermath of projecting those weapons had an incredible impact on him. At first it was just pain, but it turned into more than just that. Kind of funny that Archer actually helps him out there. Though I guess even he doesn’t want an ally for Rin to be completely useless.

This was also an episode for Rin and for that partnership/friendship to grow and develop. I think Rin got a big surprise in how Shirou responded to her and how she had misread him. In some ways it just reflects the very different experiences for Rin and Shirou as people. While they both suffered loss it’s more than just that. What Shirou went through as a kid has had a profound impact on his life that isn’t obvious unless you know the backstory of this guy. 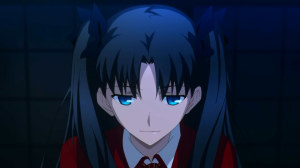 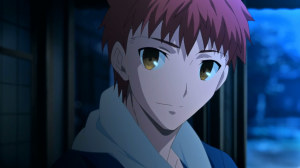 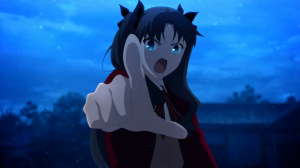 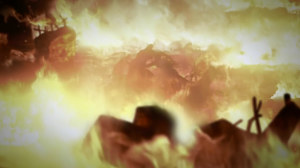 At the core of it is that Shirou doesn’t consider himself to a huge extent. Obviously he keeps himself alive and all that, but his goals and what he works towards doesn’t have to do with him. It’s not that he has fun doing things that in turn help people. But rather he enjoys people he’s helped being happy. In some ways I agree with Shirou that it’s close, but it’s far enough apart to be worth noting. You can be altruistic while still caring about yourself.

In some ways it’s kind of frightening how Shirou couldn’t understand what Rin was angry about. He just could not understand what upset her so much. Though part of why she was angry was clearly her seeing more similarities between Shirou and someone. Considering the lack of people in her life and the comparisons already made by others that is probably Archer. There are unsettling similarities between these guys, like twins separated at birth. Of course they do have major differences, but there are enough similarities for it to be unnerving.

I think what really upset Rin though was that she thought they were on a similar wavelength and it’s not quite that. She enjoys spending time with Shirou and what she does, but to see that he doesn’t love what he does but has different purposes for it probably upset her. 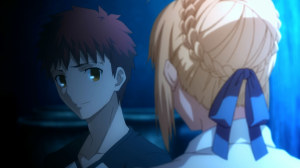 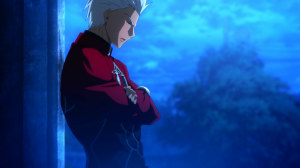 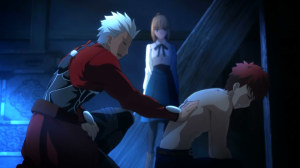 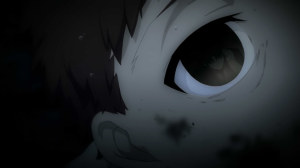 I think the conversation with Archer pretty well covered Shirou’s feelings. He can’t accept Archer’s words as true, because to him they aren’t. He was saved as a kid and that had a profound impact on him. He can’t believe that because he sees his own life as proof that you can save people and it does have meaning. He can’t just accept that what he’s believed in and worked towards all this time is a lie or a fantasy. In the end to Shirou helping others is possible and has enough value to chase. How could he not? If he wasn’t saved he’d be dead right now. I guess the bigger part is whether these ideals belong to Shirou or not. He said he’d become a hero in Kiritsugu’s place, but wasn’t that also his desire?

I agree with Archer on some things. Fighting just for an ideal without a true desire for yourself can be a negative. If you aren’t fighting for something you actually believe in then you may not be able to accomplish anything. Although I don’t quite agree that being saved by someone else isn’t salvation. If a fire fighter pulls you from a burning building you aren’t necessarily living in debt. Your life is still yours. It’s possible for people to become obsessed with paying back being saved, but not everyone will do so. Some will just continue their lives as they were. Otherwise the only way for anyone to be saved is by saving themselves and that can’t always happen. Sometimes the only way to survive is by someone else helping you.

I still think it’s surprising that Archer helped Shirou here. It’s a bit curious that he had been through the same kind of experience, just worse. Another very unique connection between these two. But at the same time it let Archer help Shirou out. In a sense Shirou went full tilt with muscles that had never been used and that had serious side effects. 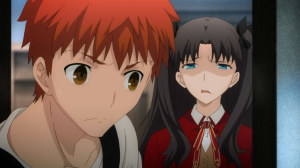 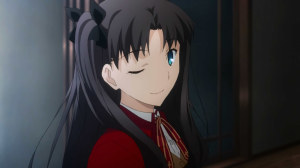 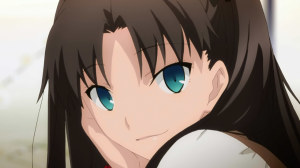 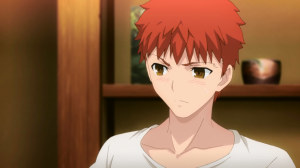 On a lighter note, I did enjoy the earlier discussions with Shirou and Rin. The guy being so surprised at her being there that he just shut the door in her face XD. A reaction of “no, that can’t be right.” She really is the type to just do as she pleases. Having her just waltz in like that really threw him off. My condolences to Sakura or anyone else, but this probably reflects the lead she has. Yes, they are working together on this, but their relationship is more complicated to him. It’s not like she’s someone he’s used to having in his life and obviously there is an attraction there. Just got us some funny moments like him intentionally sitting far away.

It was just somewhat entertaining that when Rin realized the discomfort she pushed things. Even though she’s the type that gets frazzled when Shirou responds in a way she doesn’t expect, she doesn’t mind teasing him a bit. 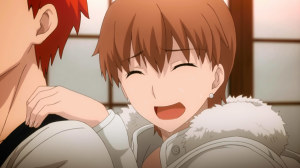 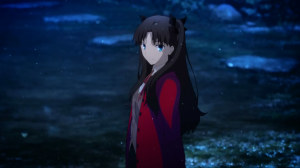 So next up is the huge showdown with Caster. She really has taken over the first half of this series…kind of a familiar statement. There is no moving forward without getting rid of her. Even more dangerous is if they can’t defeat her quickly and cleanly she might make a huge mess on her way out. Things might get a bit intense with Shirou unsettled after that chat with Archer and Rin just plain upset.
Score: A