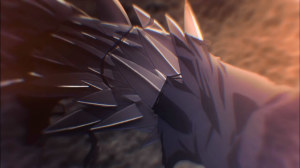 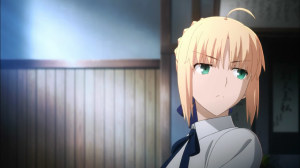 This episode had a lot going on. It wasn’t as action heavy as last week, but it did help to delve more into Shirou’s character. The guy may be a bit dense at times, but there’s also the part of him that doesn’t blink when people may or may not be dead around him. Plus that dream of his was pretty darn weird. Very similar to the one that Rin had, that must have been centered on Archer.

The episode had that cute pouting from Saber when it was clear that Shirou was taking after Archer’s fighting style rather than her own. That itself might say a lot, but it was just a funny response from her. Plenty who are teaching would want their students to take after them and not necessarily a rival. Shirou could say it was just because he had that fighting in his head, but I have to wonder. He certainly doesn’t like Archer, but in the end he still found his combat style more suitable to emulate. 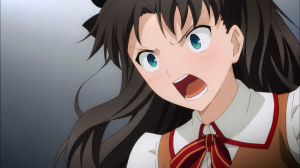 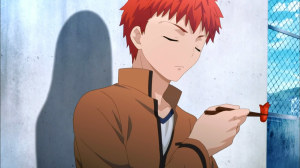 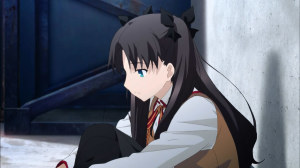 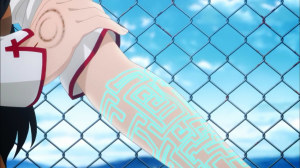 That had to be an awkward and difficult situation for Rin. You can imagine how pissed off she was that she actually went ahead and used a command spell for that. Considering she only has 1 left now that was quite the cost. I’m sure the last thing she expected to hear was that Archer tried to chop up the person she has a truce with into tiny pieces. Considering she clearly has some affection towards Shirou that really had to piss her off that he’d go behind her back and do something like that.

It all leading to an awkward situation where she has to figure out a proper way to apologize. While also dealing with the fact that Shirou was remarkably dense about her wanting to talk to him privately. What did he need to get beaten over the head with a sign explaining her intentions?

It really shows both their personalities though. Rin is a really responsible person and she had to feel really guilty about what happened. At the same time Shirou does his best to brush the situation under the rug. He doesn’t hold it against Rin at all. And really it makes sense this time why Archer wasn’t around for the fight. Rin wasn’t going to risk having him near Shirou. Especially since a normal person would have been pissed at what happened. 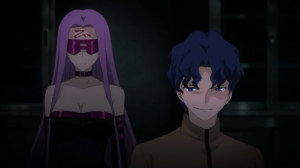 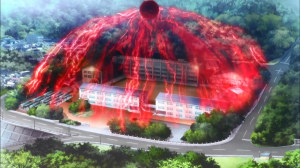 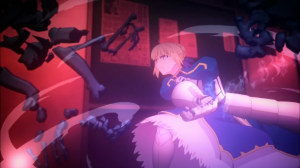 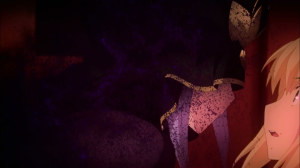 Just shows Rin’s high class mage mentality that she provoked Shinji and didn’t think the was connected to what was going on at the school. Because Shinji is weak she didn’t consider the fact that he could have been the one behind that field. Rin is pretty elite, but sometimes can let that knowledge and talent blind her a bit. If she’d played it cautiously and not set Shinji off then maybe they could have done something before he unleashed hell on the school.

I will say the action we got this week was pretty enjoyable. I really liked Saber getting summoned in and just ripping those things apart. Just a really dramatic scene when she appeared and then started to take care of business. Since Rin could mostly handle those things they didn’t stand a chance against Saber.

I’m more confused on what Caster was playing at there. Was it just to make sure Saber and the others didn’t get to Shinji before Rider was taken out by…someone? It didn’t seem like she was doing anything against Saber other than messing with her. Certainly not the most useless thing in the world, but seems like an excessive use of magic for not much effect. 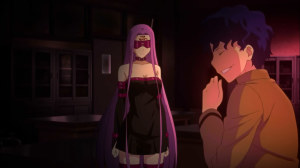 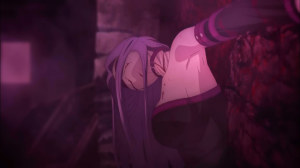 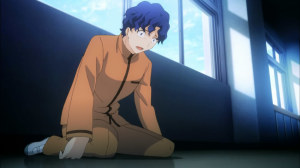 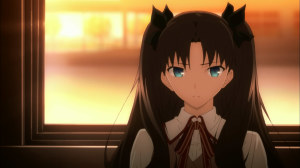 The real mystery is who the heck killed Rider. It’s certainly a mystery especially considering the manner by which she was killed. It looked like she was brutally beaten down and had her neck snapped (via spinning it several times). It doesn’t seem like the style of Archer, Caster, Assassin, Saber, or Lancer. Maybe Berserker. That level of brutality wouldn’t be shocking for a rage driven person like that. But even then I’d just expect her crushed by that sword more than anything else. Also hard to believe Berserker and Illya were coincidentally there when this went down.

Another odd thing about it was that Shinji seemed to recognize this person or at least was shocked to see them moving around. Now this could just be because Shinji is an idiot and he didn’t expect anyone to be able to move in this field. Seemed to think Shirou was going to be down and drained. You’d almost say it was Caster’s master, but that’s kind of hard to imagine. Servants are pretty darn tough.

The last real noteworthy moment was with Shirou and Rin at the end. I think for Rin it was downright shocking how calm and rational Shirou was during all this. Not about the situation itself, but seeing the entire school on the verge of death. That was something Rin hadn’t seen and was extremely unsettling. To the point where she couldn’t really tell if everyone was alive or dead. But Shirou was able to calmly check the people to see if they were ok and consider getting them help. Of course remembering his past he definitely has seen a lot of dead bodies. But obviously Rin doesn’t know that Shirou was in the middle of that disaster. Might be the most unsettling thing that he can be used to that kind of situation. 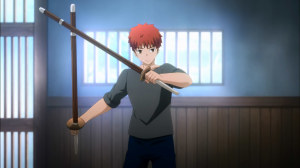 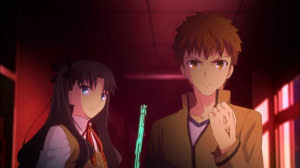 This episode continued to move the story along. There is a lot of mystery going on here. Who killed Rider and what Caster is up to. Maybe it was just to buy time for her master to make a move, but who knows. We’re down one servant though with plenty of grail war left to go. Curious to see if they make another move against Caster or something else comes up that changes the focus once again.
Score: A