You Should Be Watching: Daitoshokan no Hitsujikai

While there have been some undeniable stand out series this season (like Akatsuki no Yona and the incredible Zoku Mushishi’s second half) there have also been other series  (now almost half over) which, while nowhere near the level of those two series, have nonetheless been enjoyable enough to actively follow while they are airing and even to archive at the end of the season. Yet many of these series seem to have flown under the radar of many or been summarily, and perhaps impatiently, dismissed without giving them a chance.

Perhaps there are series like this for every viewer every season, these unexpected little pearls of enjoyment one was not expecting before the season began, but I have found this year that each season has had one specific series that has stood out for me and flown under the radar of most. In Winter 2013-14 the series that exemplified this was Nobunagun, in Spring 2014 it was Kanojo ga Flag, in Summer 2014 it was Majimoji Rurumo and this season thus far for me it has been Daitoshokan no Hitsujikai (A Good Librarian like a Good Shepherd). 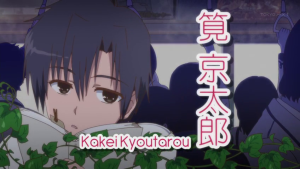 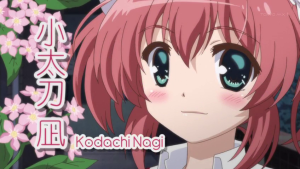 This series is a visual novel adaptation, more specifically an eroge, released only last year that did pretty well for itself, receiving #1 ranking of the year on one website and having some of the heroines from it listed among the top heroines of 2013 (be aware that the latter is a mildly NSFW link). Interestingly it was released during the autumn season alongside several other visual novel and/or eroge adaptations as well, including Fate/Stay Night: Unlimited Blade Works, Grisaia no Kajitsu and Ushinawareta Mirai wo Motomete.

While the art and the eminently forgettable male lead of the latter have been a turn off to an otherwise pretty interesting story, both Grisaia and Unlimited Blade Works have certainly given stiff competition genre wise. Both are impressive both visually, in their background music, in their VA work, in their OP and ED, etc., etc. But for me personally Daitoshokan has a quality to it that is hard to articulate or quantify – the best description I can think of is a certain warmth and endearing quality that makes me smile. 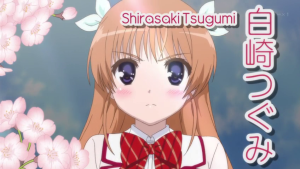 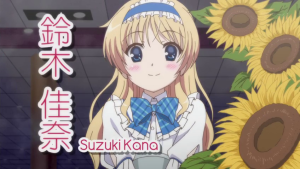 Do not be mistaken. Unlimited Blade Works is an incredible piece of work thus far. Ep 00 was one of the most beautiful episodes both visually and in character dynamics (Rin and Archer were magnificent) I have seen all year. But unfortunately for me the whole Typemoon franchise variants has never really elicited much interest from me. With Grisaia while otherwise also quite good the feel of late has been one of slightly rushed narrative. I have played none of the visual novels. But even without being exposed to the source material for a particular adaptation (whether game, novel, manga, etc.) a studio staff can adapt a lot of material without the feeling of it being rushed. The recent episodes of Grisaia, which generally are summarizing the individual arcs of the heroines, have felt rushed, though some as a whole have seemed better than others. 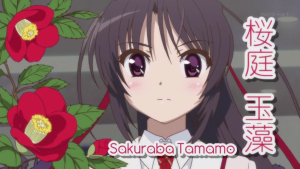 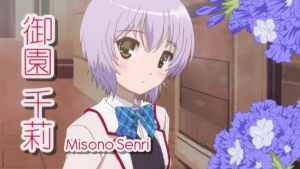 But for me this, once again, has been where Daitoshokan has shone; that is, in how it has presented it’s story. To an anime-only viewer the most recent episode (#8 as of the writing of this post) was covering the arc of one of the heroines and yet did not feel rushed. More than that. Due to the lengthy setting of the previous episodes it never occurred to me that an arc adaptation was beginning until the episode was almost over, and even then it did not feel rushed. The narrative flowed naturally and organically out of the previous episodes for me and kept the perspective and the overall picture of the story as a whole. To me that is an example of effective writing – at least it worked quite well in my case. 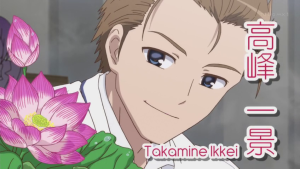 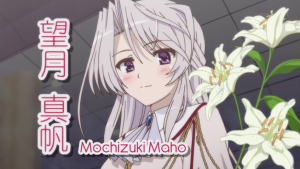 The way the story has been presented thus far in the series has indeed been effective in my opinion, but more than that the strongest aspect of the series has surprisingly been the story holding everything together. I say surprising because very often the main hook holding eroge or visual novels together is found in the characters themselves and their interaction with the male lead of varying interest and quality … and Daitoshokan has this as well; the source is generally regarded to have consistently good writing, stupendous characters and great dialogue and for me the adaptation is no exception. But when this is combined with both an interesting male lead that stands out while being quiet, introverted and thoughtful, an engaging overarching narrative and an ability to convey a sense of warm warmheartedness and endearment it is a surefire recipe for my tastes. 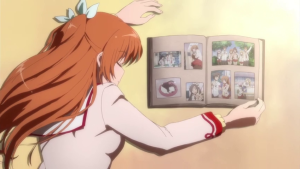 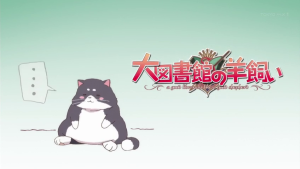 One should be aware, however, that the series IS adapted from an eroge. There is, of course, fanservice and there are harem elements to the story, though to my mind the elements do not come across simply as “generic”, standard, and overused. These elements may put some people off, even moreso if eroge or visual novel adaptations are simply not your thing. There is drama here, yes, and there are supernatural elements intermixed, which turns some people off, but there is also plenty of light hearted comedy as well. Also, the series requires patience – the first five or six episodes slowly weave the story while introducing the main heroines. However, in my opinion any of the drawbacks or minuses the series has are offset quite a bit by its’ strengths.

I invite readers who enjoy these sort of settings or adaptations who may have not paid much attention to this series to give it a try (or even another try). You may also find yourself charmed by this endearing little series that for me is quickly becoming a hidden gem.