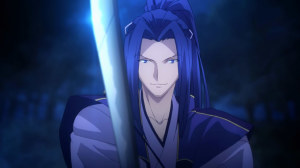 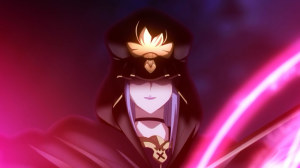 Well that sure got more complicated than I expected it to. Started with the expectation of a couple matchups, but things got quite messy once Archer got pissed off at Shirou. Two guys that have a lot of similarities, but at the same time some very critical differences. Large enough differences that lead to Archer deciding to not bother holding himself back and just trying to kill Shirou. Though hard to say if he was really trying to, since otherwise Shirou should have been dead before he could escape.

Really this episode pretty much lived up to my expectations. There was less focus on Saber and Assassin than I had expected, but at the same time we got a nice showdown with Archer and Caster. With short bonus of Archer vs Assassin on the side. Once Archer decides to do something he sure gets to it pretty quickly. 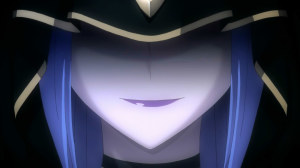 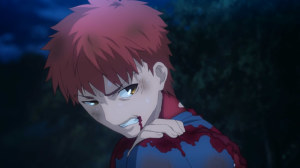 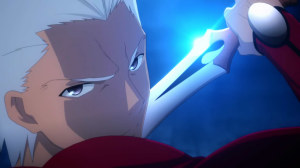 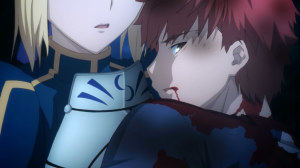 I can’t really blame Shirou for being angry, but there is a cold logic to Archer’s plan as well. As things stand beating Berserker is going to be tough. They threw a lot at him and he still walked off at the end of the day. The power that Caster could accumulate would be pretty massive and potentially enough to just beat Berseker. After that point she wouldn’t have that much in the tank and could be taken on. Although that does mean sacrificing who knows how many lives in the process. That’s definitely not something I can get behind either. They aren’t at a point where they need to take such insane measures. Clearly they can topple Caster and with enough cooperation Berserker shouldn’t be invincible.

But was kind of funny to see both guys so upset at the idea of being called similar. I would agree with Archer that both have a pacifistic streak, just with some serious differences. Shirou wants the innocent from being dragged into this and Archer doesn’t want to engage in a all out fight that he doesn’t need to. Maybe Saber had a point later in saying that Archer is pure in a sense, just a kind of pure that can be frightening.

It’s also somewhat funny that both turned down the alliance but for different reasons. If Caster had more firepower on her side even Archer could get behind it. But with just her and Assassin it’s not worth doing. 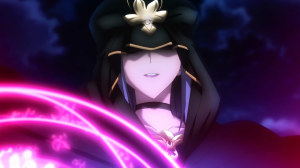 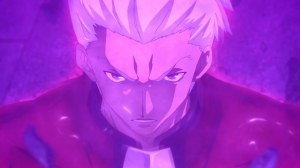 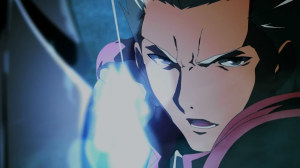 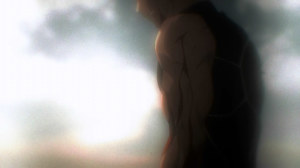 The action itself was pretty entertaining. Caster has quite a bit of firepower at her disposal and forced Archer to stay active out there. Pretty quick movement as well so it wasn’t the easiest thing to pin her down immediately. Though it might have been a whole lot easier if he didn’t have to protect Shirou at the same time. In the end though he did a great job just unleashing hell on Caster. Just one attack and he put her in quite the abysmal state. Though in the end maybe he was just taking it easy on her.

We did get to see the kind of firepower that Archer has at his disposal though. That attack that he used on Berserker that didn’t quite get the job done, was pretty effective in this case. Caster made a decent move in trying to lock down Archer so she could blast away, but she didn’t quite expect his swords to have a boomerang effect.

One more interesting note for Archer was that flashback kind of thing that Rin saw in her dream. Guess that kind of thing can happen when there is a magical connection. Like how Shirou got those flashes when Caster’s string snagged him. The meaning of that scene was more interesting. Seemed like Archer really reached some terrible moment and then…boom a lot of swords. 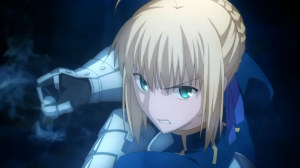 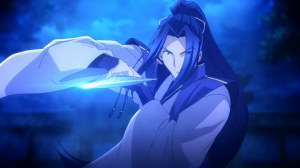 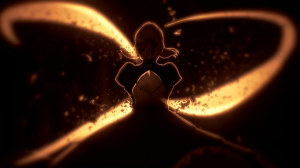 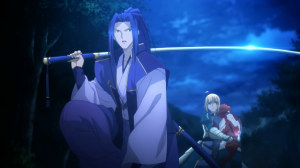 Not too much to say about Saber and Assassin. Though the interesting fact there comes from how Caster actually summoned him. While I would wonder about how legitimate a servant he is, his skill is unquestioned. He was completely holding his own if not pushing Saber back. They keep talking about how good Saber is, but Archer seemed to be doing better in that brief exchange we saw. Maybe it just comes down Assassin having more pure sword skill than Saber. Had the high ground advantage as well as being willing to unleash his best skills without hesitation. Unlike Saber he’s not hiding anything or holding back.

At least it’s now understandable how Archer got through. Assassin didn’t bother with holding him back and kept his focus on Saber. I guess even he isn’t particularly thrilled by the situation being summoned by another servant. The most he can do is cause her a little bit of trouble. 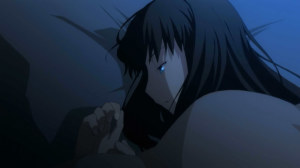 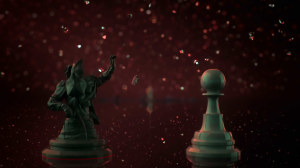 As a whole it was a good episode. It wasn’t quite as 100% action as the Berserker episode was so that’s a bit disappointing. But what we did get was quite good. Things are bound to get more complicated as time goes on. Amazing that Shirou isn’t going to hold this against Rin. It isn’t her fault at all since Archer was acting on his own, but if I was cut up like that not sure how rational I could be about blame. Just makes this alliance all the more complicated if Archer is ready and willing to kill Shirou. The episode was worthwhile just for the sweet moment of Archer forcing Caster to dispel her magic to contain him and then taking her down with one shot. Seems like the action will keep going with the focus going back on Rider next week.
Score: A