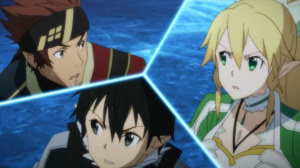 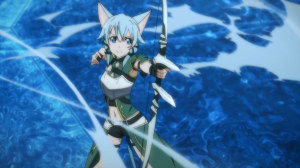 Once again I’ll just say this was a really nice episode for SAO. I almost think the show could be plenty successful just following this group going around doing quests. This was another strong episode where it just focused on the collective group and required a team effort in order to prevail. Everyone had their role to play in getting this positive conclusion so Kirito didn’t have to carry the whole load by himself.

This might have been a one time quest, but it was quite the enjoyable one. They got to save ALO from annihilation, they acquired two legendary weapons, and everyone got to have some fun. Not something any of them are going to forget that’s for sure. I’ll give the Cardinal system some credit for coming up with this quest. Mostly pulling from Norse sources which was a bit odd for a quest that focused entirely on Excalibur, but oh well. Quirks of the Cardinal System I suppose. 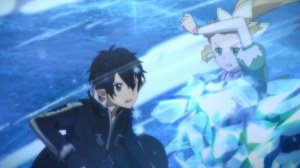 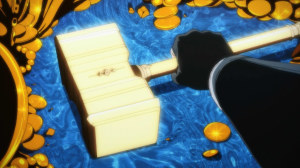 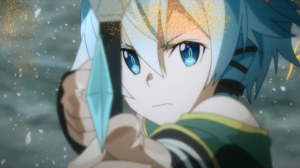 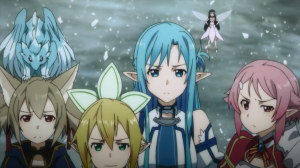 The best thing really was how everyone got to contribute in some manner. Sinon was huge in just saving Excalibur at the end there. Making one heck of a shot to save the sword and recover it. Not too many are going to make that shot. I think it was also fair to mess with Kirito a bit after the tail thing earlier and because he is getting the best weapon out there out of it. Though it might not be the easiest thing to wield right now. Pretty cool that she could also buy time against that boss. Not exactly something you’d ask from common range characters.

A good chance for Leafa as well to help out if only to point out how Kirito might be able to find Mjolnir. Certainly a lot of the emotional side of the quest rested on her since she was so attached to that monster and this was the game world she started in and got so attached to.

While it wasn’t too much even Silica got the chance to show off during the fighting. Really has come a long way from the character we saw in her one episode in the original SAO. Now jumping around and bringing huge bosses down to their knees. Really has caught up nicely to the rest of the group. 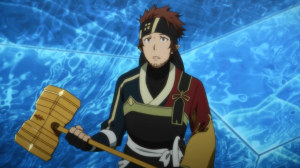 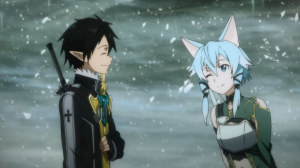 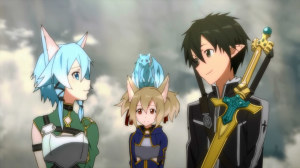 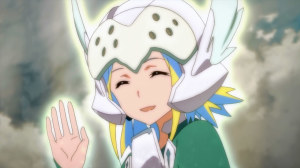 I guess you can say the one that saved this quest thought was Klein. He was the one person who decided it was worth the risk to free the girl. Though she turned out to be Thor which I’m not sure how to figure that out. Either way, it was his choice that gave them the firepower they needed in order to take this boss on and win. Only fair that he’s one of the characters to receive a legendary weapon out of it. Mjolnir is pretty well up there in legendary weapon levels. Though I’m not sure if you can re-skill in ALO or if Klein will just have to start leveling up hammer skills. Or could just give it to Lisbeth, though quite a shame in that case since he’d lose out in that respect. Props to him as well for making that pass at Skuld XD. Can’t help but wish Klein the best in finding a girl in this overall story.

In the end Kirito got what he came there for. Getting an “Excaliber” sword in just about any game is a big deal. Though his sword balance is pretty off with how much better that sword must be to whatever he’s currently carrying. Good times for him and he did play a good role in leading that group to the win. Also cool how he’s going so far for Yui. Can see how the technology of that universe is just increasing and improving. Honestly kind of scary how it might all turn out considering what someone like Kayaba could do with it, but that’s probably not going to stop Kirito from pushing things as far as they can go. 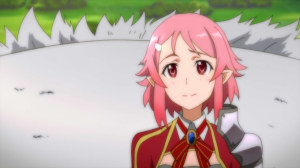 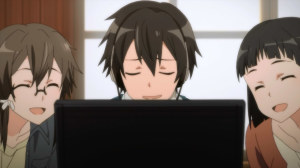 I’ll just say again that I really enjoyed these past few episodes. It just felt very comfortable to watch. It wasn’t just Kirito adding another girl to the harem, but just this group spending time together. I’m sure the next arc that will finish this season off will be good, but I’m just going to say this was enjoyable as well. Might be the last we see of most of these characters until the epilogue of the next arc.
Score: A