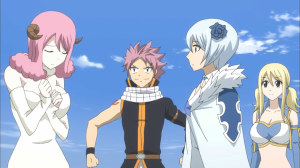 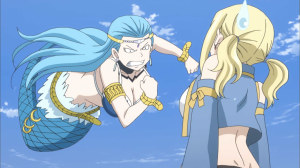 Carrying on from the last few episodes, this week we saw another bit of character and relationship build up from the series. Again, this is totally okay by me, as I’d rather get a season of this stuff rather than a poorly executed filler arc. Given the images floating around online, though, this is probably the last episode of its kind we’ll see for a while.

This episode primarily focused on another group of characters that we don’t seem to see a lot of, the Celestial Spirits. If there’s one thing I want to credit this episode with, its that it showed the importance of the celestial spirits, and how they really are a big part of the package that is Fairy Tail. 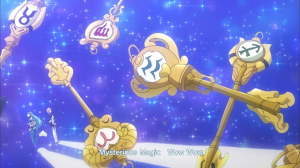 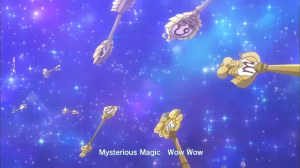 Its been a long series, and all the celestial spirits that we’ve seen added to the cast have all been pretty important. What’s interesting about the Celestial Spirits is that they’re all quite quirky, even more so than the regular characters that Mashima-sensei comes up with. Both Mashima-sensei and Oda-sensei (One Piece) seem to have this habit of making each new character they create have one really weird, extremely exaggerated quirk that defines their core. The Celestial spirits are like that turned up to eleven XD

An episode that celebrated their quirkiness was definitely welcome, as far as I’m concerned. One of the cornerstones of Fairy Tail’s leading lady Lucy, is her relationship with her celestial spirits, and while she did complain, I really like her for wanting to thank her celestial spirits and do something for them. 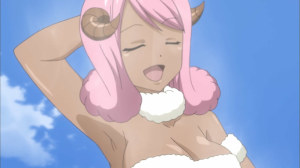 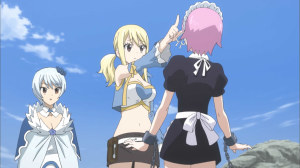 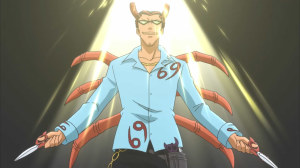 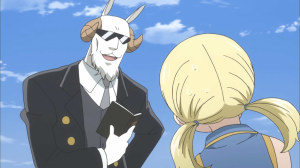 It was also quite amusing to see what each celestial spirit wanted, and the list was as colorful, varied and odd as the celestial spirits themselves. Some of them were small things like Aries wanting a tan, Taurus wanting to gwak at Yukino or Capricorn wanting to read Lucy a poem. Others were a bit weird, like Virgo wanting to be “punished”, or Gemini wanting to prance around naked while being Lucy. Then Saggitarius of course, wanted to reenact William Tell on Happy… XD 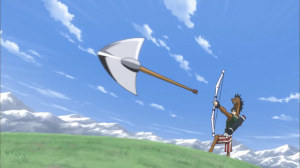 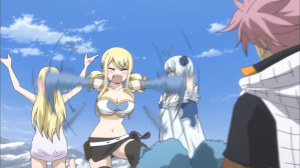 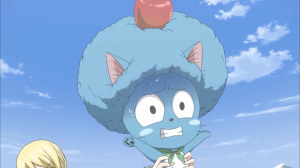 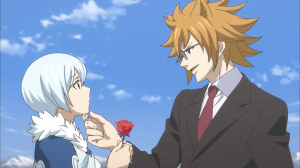 Then Yukino had her own celestial spirits to thank, so we had more Happy abuse. Loke/Leo ended up hitting on Yukino and Pisces and Libra went on to wail on our characters in some way as well XD

The one request that really was the highlight of the episode though, was Aquarius. Its not much of an understatement to say that Aquarius is the least likable of the Celestial Spirits. In fact, I’d say its hard to understand why she continues to serve Lucy as she does… Or rather I would have, before this episode. The little flashback for Aquarius really showed how long she’s been with Lucy. 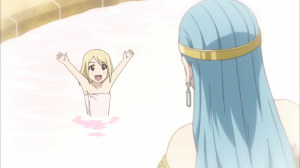 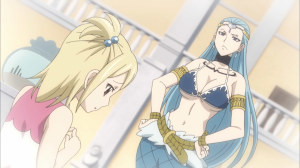 The tender moments between Aquarius and kid Lucy were great, and really sold me on their odd relationship. In many ways, Aquarius is like a really scary older sister that Lucy often has a hard time dealing with, but loves and appreciates none the less. Ending the episode with the two of them smiling and sitting under the night sky was just… perfect. 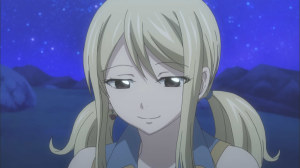 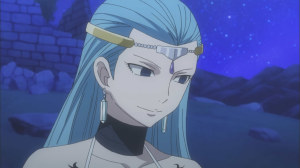 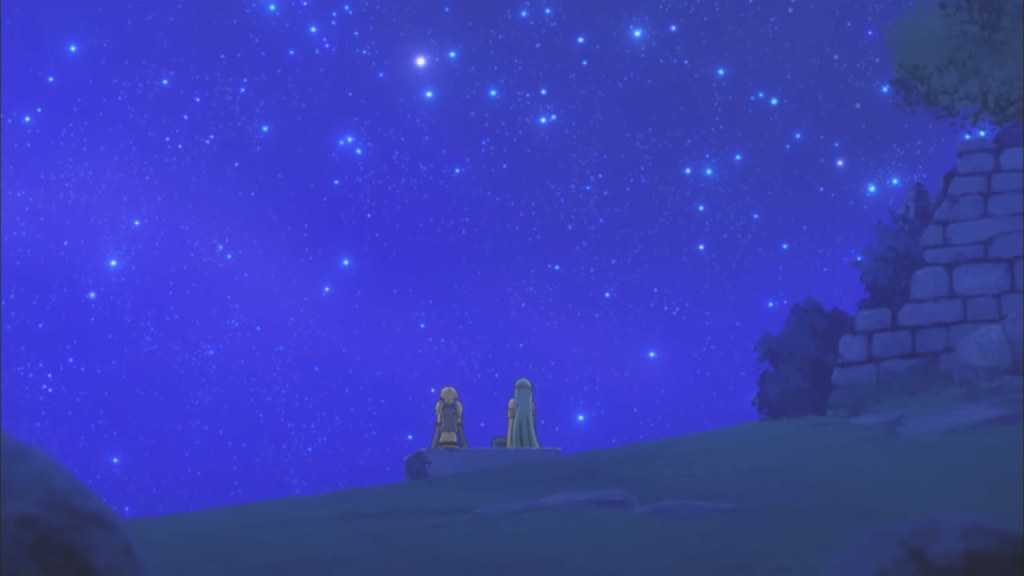 In the grand scheme of things, nothing really happened in this episode, but seeing that bit of development for Aquarius was enough to make this episode worth the watch for me. I’m not sure if this was taken from the manga, or if its an anime original piece under the guidance of Mashima-sensei, but its a nice enough moment that I’m comfortable seeing it part of the cannon.

And with that, I think our time of seeing these small, nice character moments is at an end. It was fun while it lasted, and I’m cautiously awaiting next (this?) week’s episode. I should be able to manage keeping up with the episodes for the rest of the season. If I fall behind, I do apologize, but since its my last semester in college, I’m very pressed for time XD 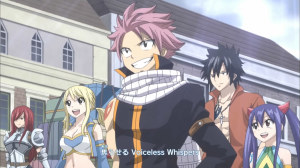 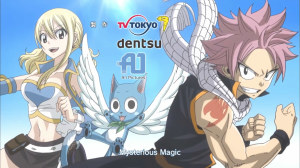 New OP! I would say its a pretty good one. I’m quite fond of the song, it kind of evokes the feeling of what “normal” times would be like for Fairy Tail. The animation, for once, doesn’t seem to be spoiling much from the upcoming arc, and instead works to highlight the characters we know and love. The fact that a famous band like Do As Infinity did the song doesn’t hurt either XD Not bad, not bad at all. 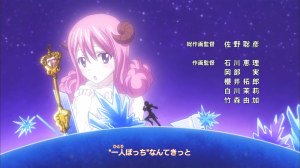 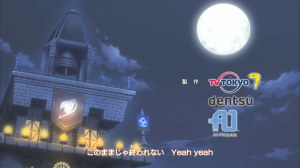 This ED definitely evokes a feeling of nostalgia, particular due to the animation. The running on a spinning sphere thing is something the first series did for a few of its early EDs, and it was nice to see that come back. Its mostly focused on Lucy and the celestial spirits. I’m sure they’ll play some big role in the new filler arc. The song itself was pretty nice, and felt a lot more upbeat than what Fairy Tail generally has for ED themes. I’m totally cool with that though! 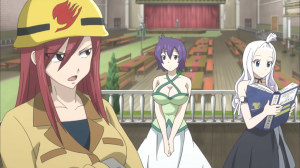 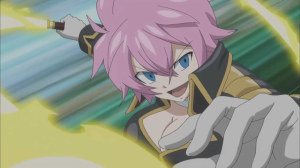