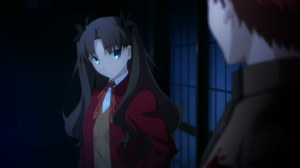 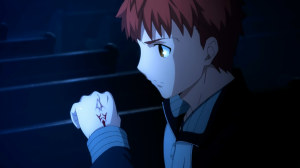 Well I knew that going from 50 minute episodes back to normal time was going to be a bit of a shock. Not that I was expecting us to get that kind of episode length every week for the whole series, just a bit of adjustment needed. As a whole it was a fine episode, it continued the necessary info dump that is needed for the viewers and Shirou to really understand what is going on here.

It did a good job giving us details as to what this battle is all about and the stakes involved. Certainly it’s an unsettling proposition if some lunatic gets their hands on some super powerful item that has the power to bring forward these heroes into the present day. That kind of power probably has few limits. 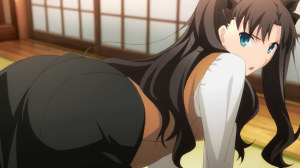 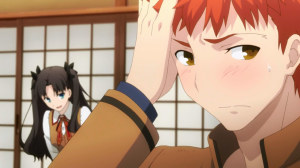 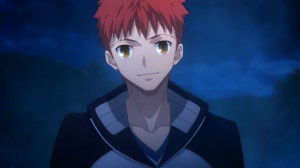 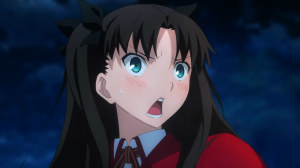 I will say it was nice to see Rin again after that last episode without her. Again her personality is actually just a lot of fun to watch. The girl making that excessive response to the idea that if she could have just summoned Saber then her chances of winning this would be extremely high. I can’t blame Shirou for being a bit thrown off by this girl. Knows a lot about what is going on and doesn’t mind messing with him a little.

Of course it also goes the other way. Shirou plays things pretty straight so it’s easy for his words to have a pretty heavy impact. Just saying bluntly that he likes people like Rin completely threw her off. It didn’t help either that Archer threw out the implication that she actually had feelings for Shirou. With Rin being a bit of a tsundere it’s hard to say how strongly she feels overall, but it’s fun to watch her. I’m kind of surprised she makes such a big deal about debts considering she overly covered for any by saving his life earlier. Really they should already be considered even. Maybe she just wants an excuse. 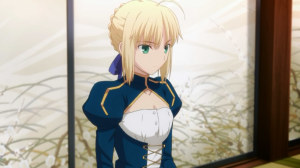 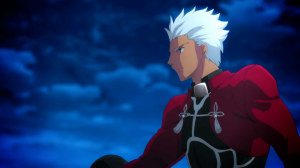 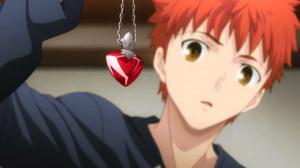 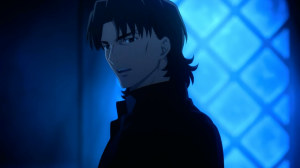 The mystery deepens though since we saw Shirou put that jewel that Rin used to heal him into his drawer. Thus the issue of two gems has come forward. Hard for Archer to return a gem that Shirou should still have. Although you could say one of them might be a fake gem. Again though hard to say exactly why he would keep that kind of thing a secret. For now no way to really know what is going on there.

Is a bit of a tricky situation though since right now Shirou and Saber aren’t in the best position. Saber is a powerful hero, but right now she’s somewhat injured and Shirou can’t provide a ton of mana. It’s going to leave her in a weakened state which I guess is a handicap to keep things interesting. For now though they will need to be cautious about where they go all out.

The history lesson was helpful and makes clear what kind of fight this is. Shows both the mindsets of Kirei and Rin. Despite acting tough at times, Rin is a pretty kind person and doesn’t want to go around killing people if it’s possible to prevent it. Kirei on the other side is perfectly fine with how things might go if they got ugly. Maybe call it being more realistic, but can see why Rin isn’t fond of him. 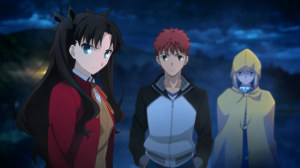 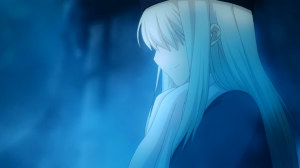 That ending though XD. It really is something how different situations can show the same character in very different ways. It’s definitely Illya, but this is one that would make you run into your house to hide XD. Just showing up there at the end with one terrifying servant to make use of. The guy doesn’t exactly give off the impression of a cheerful individual. Ends the episode with a great sense of tension that makes it all the tougher to wait a week for next episode. If the first two episodes were of any indication, we can expect quite a bit from this battle. I’m looking forward to what we get next week XD.
Score: A-