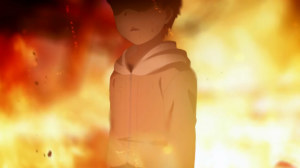 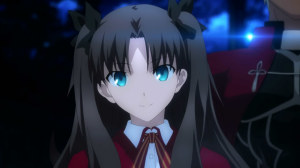 Another strong episode for UBW. To me it was a bit slower than the last one, but they did need to set more things up when it came to Shirou’s character. For Rin they could focus much more on the dynamic with her and Archer which was pretty awesome. Here they helped set even more of the plot threads and now the series can begin.

I will say though that it is going to be really tough to go to 24 minute episodes now. We’ve started off with 2 hour long episodes here. This series had more time given to its intro than Buddy Complex had for it’s whole finale XD. Still, I can somewhat get my head around why they went this route. For those who watched the original Fate series it’s best to get through the common elements as quickly as possible. It’s not that unusual for shows of this nature to want to get past what is familiar. Just in this case they did an awesome thing in just making the episodes long enough so they weren’t rushing through material. 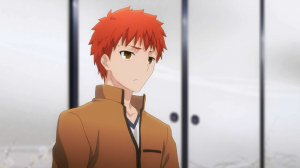 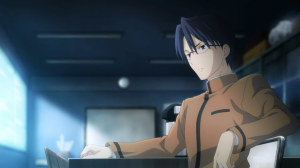 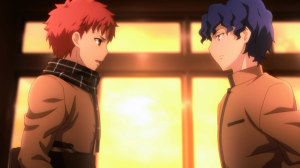 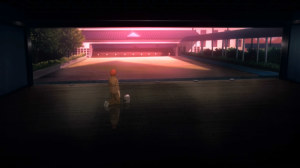 I’ll admit that the events of this episode was more fun from Rin’s perspective. She’s just a really entertaining character. But, Shirou is important here so kind of necessary to show his side of the story. As a whole I don’t hate the kind of perspective and mindset Shirou showed here. I can respect a person trying to help everyone he can and trying to do the right thing. You go through something that traumatic and of course you want to give back and be there for others. I mean heck plenty of people want to be super heroes as kids and hold onto that dream as they go on with their lives.

But, there are risks associated with being too considerate. I agree with Issei in general. Can relate with finding it hard to say no to people, but it is important to be able to do that. Or else you will just be taken advantage of from people who don’t really appreciate what you are doing for them.

While an extreme example that consideration did get him nearly killed. Honestly, someone like Shinji should have been purely ignored. He just can’t help doing good deeds and it bit him hard here. It’s clear that Shinji is a jerk and I wouldn’t put it past him to actually hurt Sakura. Best to leave the work undone and let Shinji pay the price later. Sometimes you have to be a bit picky on who you want to make an effort for. 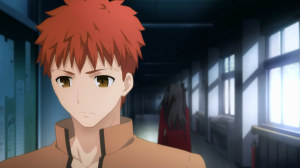 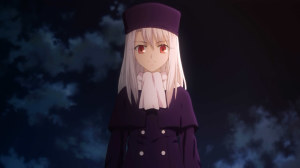 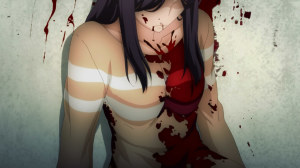 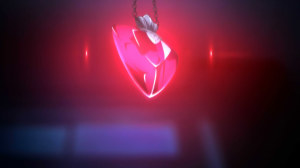 You can see signs that something bad is going on in this city from the point of view of someone unaware. The murder victims, the gas explosions, there is just something bad going on. Probably having to do with supernatural beings involved in a secret war. Another strange encounter was the walk by with the younger girl. Clearly someone that should be familiar to anyone who has actually been following my spin-off writings XD. A pretty unsettling warning, but one that rang true. Shirou ended up with a target on his back and just barely summoned Saber in time to save his life.

Speaking of his life, now we can get a better idea of what Rin was up to and why she took more extreme actions to save Shirou’s life. Didn’t have a clue who the victim was until she saw his face. Certainly she knows Shirou and clearly his loss would mean something. If not just to her than to others she does care about. She went all out there to save his life and pulled it off. All Shirou could do after was grab that jewel and stumble back home. I’m actually impressed he managed to make it back considering how utterly exhausted he was. Nearly dying will do that to you after all.

I did find the Shirou side of that brief greeting between Rin and Shirou pretty interesting. It didn’t seem like much other than a strange greeting from Rin’s side of things. But clearly for Shirou she did have his attention. Probably a given though considering the level of popularity that Rin has. Shirou would have to be dense on the level of the greatest harem leads to ignore that girl XD. 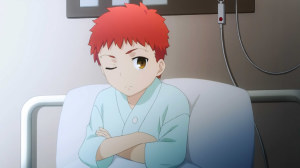 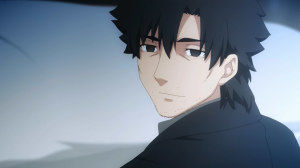 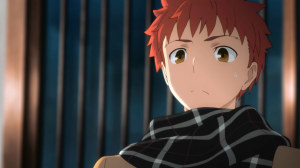 Really you could go on forever from the bits of information we got from this episode. Sakura seems to act as a common connection point for Rin and for Shirou. Goes to show Shirou’s main character powers to have someone like Sakura coming to his place and making breakfast like that. Kind of going beyond a standard senior/junior student relationship. She even got angry that he might think she was off goofing around instead of stopping by to see him. Girl certainly is making good efforts to be the main girl there.

The flashbacks of his past and his adopted father Kiritsugu was pretty darn interesting as well. Really you can only imagine how his life went straight to hell out of nowhere and then had to rebuild everything with his savior. He finds out this person has magic and tries to pick it up as best he can. All the while keeping that desire to become a hero alive in his heart. It’s just hard to become that kind of force of justice and good when you don’t know how to get there. It’s a tough reality that you can’t easily save everyone. 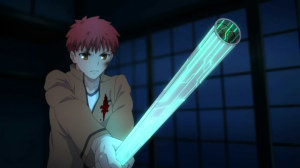 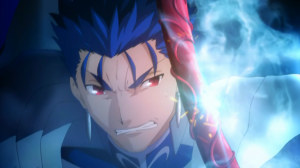 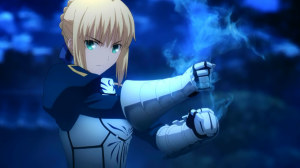 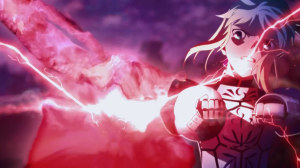 Then of course you have the big showdown at the end here. I give full props to Shirou for fighting back and struggling as best he could to stay alive against Lancer. Of course he only had that chance because Lancer couldn’t take a normal person seriously as an opponent. Has to be a pretty distasteful job to go around killing people you aren’t a real threat to you.

The arrival of Saber was pretty cool and nicely timed. She sure as heck saved the day there. Though props to Shirou for holding out as long as he could. It was pure fun to just watch Saber get to take on Lancer there and this time we got to see just what his ultimate ability could do. Not exactly an attack you should underestimate. Saber just barely avoided what would have been a critical blow even to an existence like her. If that fight had gone on then who knows if Saber would have been able to walk away from it. Though in terms of reveals he was at the disadvantage. His identity was the one given away while her weapon was kept hidden. The downside of course for Saber is that Shirou isn’t an expert at this kind of thing and can’t back her up very much.

I guess Rin now isn’t the only one to use up a command spell within 10 minutes of summoning her servant. Though this time there was a pressing need to hold things up. If Saber had been allowed to keep on the attack things could have gotten messy. He managed to hold her back, but she was pretty pissed about it. Rin sure managed to bounce back from that shock pretty effectively though. I guess that isn’t a bad idea considering he did help stop the battle there. 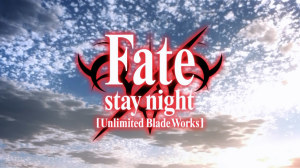 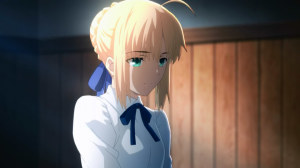 I’d say the OP had some good energy to it. I’m always more in favor of an energetic song to start off the show especially when it will be action focused like this one. Visually it was good. It stayed focused on the main cast and all the servants we are bound to encounter along the way. It just made sure to remind us that Shirou is very much the main character, but there are other good characters we are going to be dealing with along the way. I liked the song and thing overall it’s an enjoyable OP. 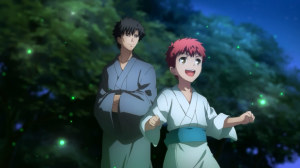 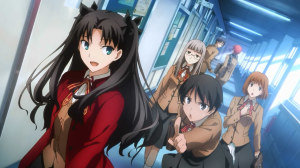 The ED definitely felt like a mostly Rin affair. I’d say overall it was Rin and Shirou, but she definitely felt to be the key focus of it. It wasn’t that bad an ED really. Went between some different scenes focusing on one character or the other and the people they were close to. The song wasn’t anything that special, but it was good enough. Probably one of those ED’s that you watch every few episodes. 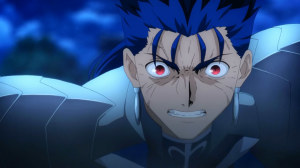 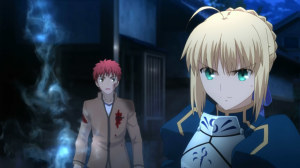 While I don’t think it was as jaw dropping as the first episode, this was a good one. It was needed to introduce Shirou this time and get the story moving. We should now be able to move on after getting the first few days from those two perspectives. Both of them have been pretty busy and now have to decide how to proceed from here. I guess exchanging rescues is only fair. The two 50 minute episodes did their job in getting us into the story. So, again I say props for making that decision. Again, I’m really going to try to keep any spoilers out of this write-up. The spin-off reference being about as far as I’ll go in that respect.
Score: A