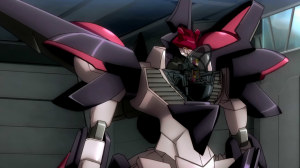 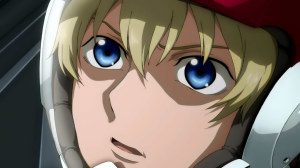 So it turned out like this. I will give Buddy Complex all the praise in the world for managing to conclude itself so well considering the fact that it did not get a full second season like it should have. The response to it just wasn’t nearly strong enough to get a second season which was a sad thing. You can at least tell they fully intended to have a second season considering the pacing of the first season and where the story left off. But it appears they got the yank past that point and were forced to just find a way to resolve things with two episodes.

There is just no way to get away from the feeling that it could have been even better. Through these two episodes you can see the threads of a full season that could have been. Bizon’s takeover could have easily taken half the season. The conflict with Hina against her former allies could also have been spread out. They barely had time to realize she changed sides before having to fight her. The Mayuka angle could have been spread out a bit as things got more serious with Aoba and Hina. Gallant’s distaste for the new government could have had a smoother transition also. 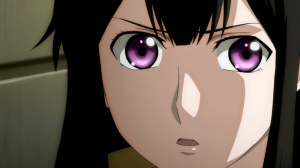 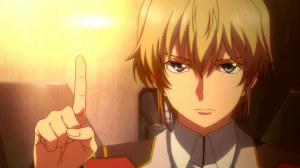 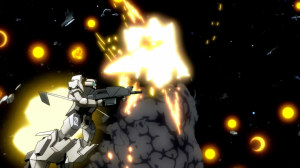 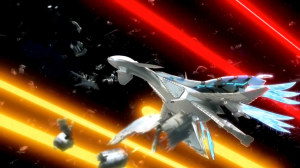 While saying all that, they still did a great job with the ending to this series. I think the overall plot for these two episodes is what they would have gone with for the finale, it just couldn’t transition as smoothly as they would have wanted. It was a good way to wrap up the series to be honest. A great space battle against Bizon’s forces with so much on the line. It was very Gundam-like of them, but it was still pretty entertaining. The action in the episodes was good and they at least got a chance to go all out a few times. The threat of the Zogilia army and last boss Bizon was pretty effective.

They had to pull a lot of trump cards out of nowhere, but it worked pretty well. The solo move by Aoba made sense considering the fact that he was the default and could be work with anyone. The triple connection worked as well since it was something you could see coming. I could have seen those three being a potent trio for a whole second season, but they at least got that chance to shine in this episode. Bizon had a pretty crazy unit, but as expected sending an old man out into the battlefield had some issues. Not to mention he was just never that suitable for the coupling system. 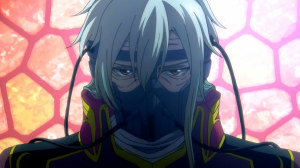 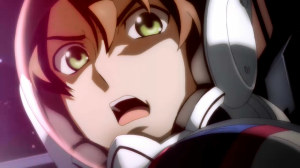 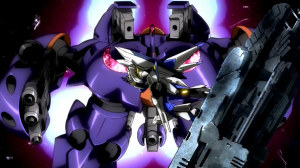 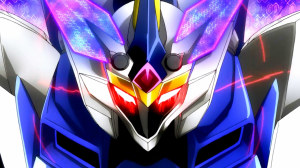 But wow, Bizon was hilarious. He wasn’t quite as crazy entertaining as the S1 finale, but he did a great job here. You can see someone who really had been living a life full of resentment and anger for decades. It takes quite the effort to be that determined. He pretty much lived his entire life to get revenge on Aoba and Hina. He created a country, he created a war, just to kill these two. Props to the lunatic XD. And at the very end he was ready and willing to kill everyone in the entire world. He was one hilariously crazy guy. He may not have been able to kill Aoba and Hina, but he did kill Doctor Han. That guy kept bashing Bizon because he wasn’t top notch parts, but Bizon got the last laugh there.

The way they saved the day was pretty entertaining. For a show all about time travel and time loops, having Aoba and Dio win by making millions of tiny jumps into the future was a good way to go. Plus that scene just reminded me that I really love the soundtrack for this show. It just had the right tracks for the big dramatic moments and for the quiet ones too. Though the stop the giant cannon scene (very Gundam) definitely required a dramatic tune. The fact that it tied right into the return home really left little time for taking in the victory. No choice but for Hina and Aoba to make a move. I felt for Dio who didn’t have much time for a farewell with his friend who was there and then gone. 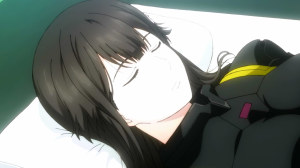 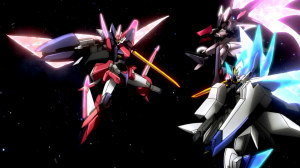 It was nice that they could give all that time to Aoba and Hina before the last battle. They kind of had to rush things, but it was plenty clear by this point that both had strong feelings for each other. Had to play it a little straight with Hina basically admitting she was only there because she wanted to be close to Aoba XD. They covered each other pretty well on the battlefield as well making good use of the coupling system and their abilities.

The backstory was done pretty well. It was actually pretty interesting to see how the story of Aoba and Hina began and tied together. I had some theories going through the series which is pretty natural for time travel, but it managed to surprise me. I didn’t expect Aoba and Hina to actually start out as college students who met, fell in love, and created the coupling system. Their test run sending Hina spiraling through time and getting the adventure started.

It was also just nice to see where future Hina actually ended up. In the end the loop turned out rather interesting. Hina just seemed to appear back in with future Aoba. You can kind of judge it as being a happy ending. An Aoba finds a Hina. They may not technically be the people they knew, but each of them are still inherently themselves. It might tie into the issues of memories and whether with different experiences are you the same person? I think they would be ok in that situation, talk things out and move forward that way. 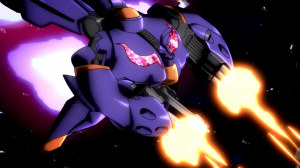 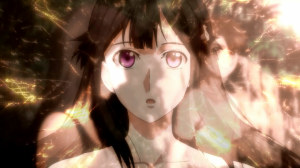 The final episodes left me with a lot of mixed feelings. I didn’t want this to just be a 2 episode OVA situation, but that’s what we got. However, they still did a great job with what they had. This really was what I’d expect the final episodes for Buddy Complex to be, just having to add some things.

In the end, Hina was the main character of this universe. I’d love to have gotten a chance to see Hina’s life in the future and being part of the war. Her team work with Dio would have been something to watch. But regardless now so much makes sense. Now it’s possible to understand how things transpired and how the loop was formed. Somewhat funny to say as well that Bizon never really had a shot with Hina. It was always Aoba and Hina, a connection that spanned time loops always coming back to the same point. Also glad to have the mystery of that hair pin solved. So in the end Aoba won it for Hina at a festival and she passed it along through the time loops. 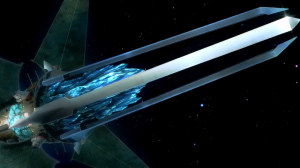 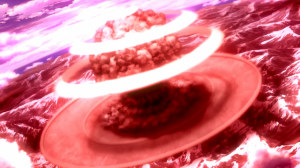 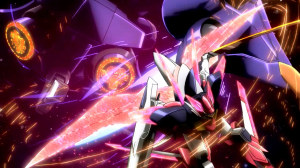 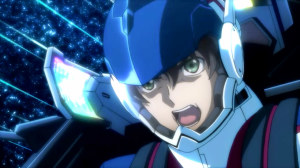 Honestly, while Buddy Complex could have been so much better with a full second season I’m still really happy with the story as a whole. For a mecha series that has romance as a pretty core part of the story it did a great job. It told a great story with Aoba and Hina and had some nice action along the way. I don’t know what the ending really means for Aoba and Hina going forward. It may have just been a case of looking back at where things started. It could mean the time loop is still going strong and nothing will change. It could be that Aoba and Hina have enough déjà vu or memories that they will avoid causing the coupling experiment that started this craziness in the first place. One regret I guess is that Dio and Aoba’s friendship didn’t get as much conclusion as it could have if they had more episodes. No telling if Aoba and Dio are related in some way or if it was all coincidental.

I’ll miss Buddy Complex. It was a show I think never got a fair shake by people. Maybe it was the terminology that sank it. But I still think it did a great job mixing together Gundam references, time travel, and that pilot mind linking from Pacific Rim. This series had some nice elements and told a pretty good story. Sadly won’t be able to talk about a whole season’s worth of events, but at least I got to talk about what we got.
Score: A+