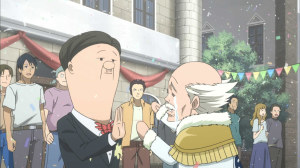 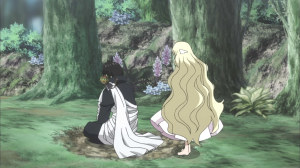 I suppose expecting a three week run of awesome was expecting too much, given the place we’re at now. Its really episodes like this that worry me about the fillers soon to come up.

While I can’t be sure, I’ll wager that the bulk of this episode, the whole deal with the mole, was filler. And as fillers go, it was pretty stupid, pointless and a waste of time. 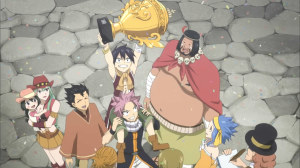 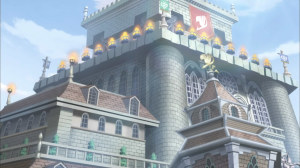 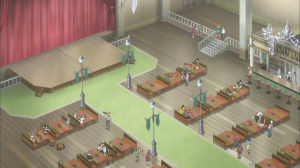 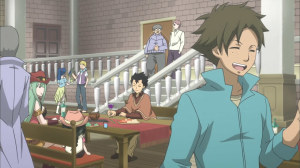 The pointless was book ended by two interesting bits from the beginning and end. Seeing Fairy Tail return to Magnolia was a nice moment, and it was great to see them get the Guild building back and running. After that seven year gap, it seems things are getting back to the way they were.

The moment that the episode ended on, was pretty interesting, even though it served to be little more than tease. I was more interested in learning how Zeref and Mavis knew one another, and what their history was. The only thing we saw was that both acknowledged the other and had a little conversation. 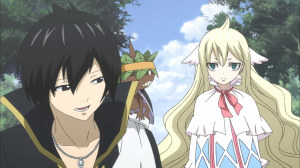 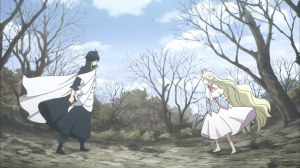 It wasn’t that surprising that Zeref wanted to destroy all of humanity, and that Mavis wanted to protect it. Its clear that Mashima-sensei is positioning these characters as the avatars of Good and Evil.

The one neat little tidbit we did get was who that other little creature thing was. Seems like it was one of Zeref’s familiars/minions: 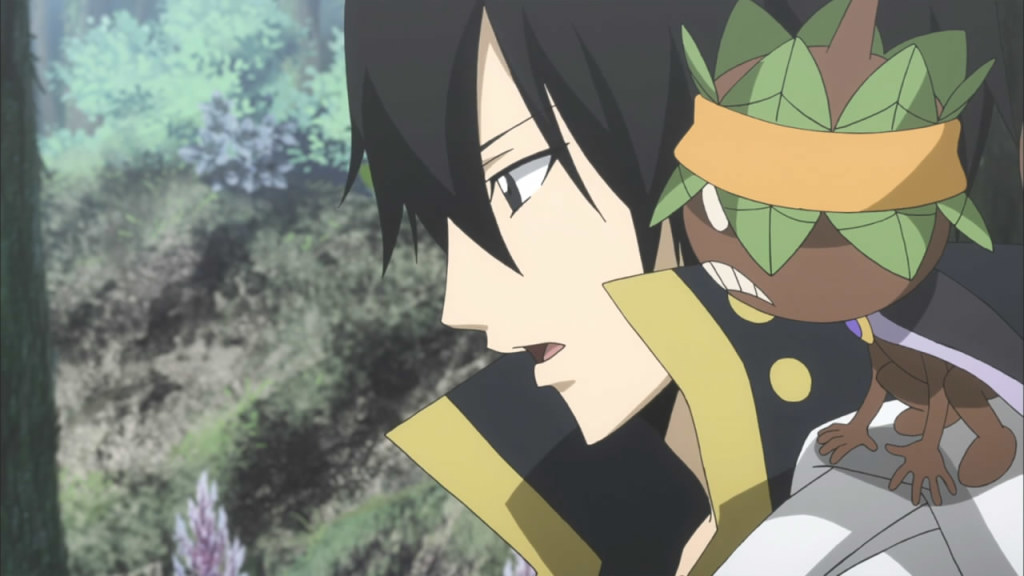 The more interesting questions, like why Zeref wants to die, or what his relationship is to Natsu, are of course, not even hinted at. I suppose I was expecting a bit more given what I had to sit through for most of the episode.

Speaking of which, its hard to really look at the bulk of the episode without feeling utterly disappointed. The whole job that entailed removing the “Mole” from the village that had been mud flooded, was another example of a sequence that really just gets everything wrong. 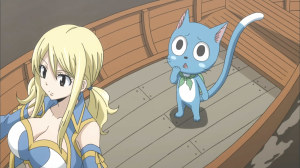 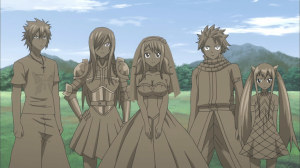 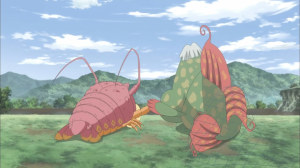 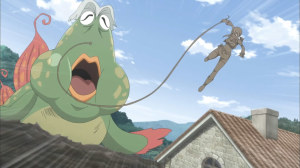 The jokes were pretty lame, the whole job itself was extremely silly, and the characters did nothing more than run around and prattle around something that any one of them could’ve taken care of easily.

When not only story plausibility but character believability is thrown out the window, in service of the plot, then well, its basically Fairy Tail at its worst.

The fact that we have nothing but filler content coming in October, has me seriously worried now. I guess we’ll just have to bear with it until Fairy Tail returns to actual cannon manga content. 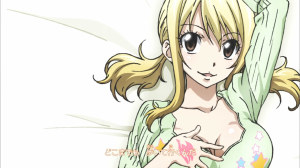 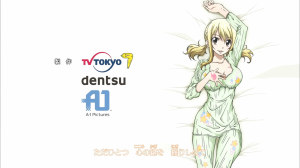 Also, on a weird note, it seems like this week’s ED animation changed. It felt like a Dakimakura (Body Pillow) advert more than anything. I’ll bet good money there’s probably one coming out with that art work. 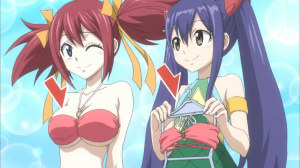 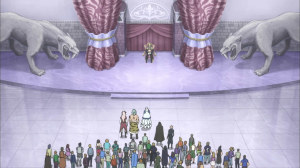 Seems like we’re getting into Sabertooth sooner than I thought. Also, its probably a good idea to avoid the preview if you’re looking to avoid some spoilers. See you all next week!