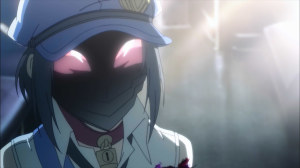 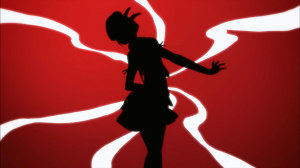 So the main cast has managed to avoid the bad ending and now the series can continue to move smoothly towards its finale. It wasn’t too surprising how they managed to handle the game over and get the fight going again. Though the fight itself was not too involved since outside of that initial attack ‘Marie’ did not really unleash much in terms of attacking. Everyone just got powered up and handled it.

They did a solid job getting through the backstory as to why Marie was doing what she was doing. At least giving the scene some weight with Yu getting choked there. Was a good explanation actually showing the fog getting absorbed into Marie there. Yu was never really dissuaded from saving Marie, but at least he got to understand the full picture and the reason why Marie was going so far. 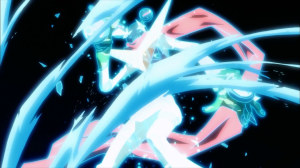 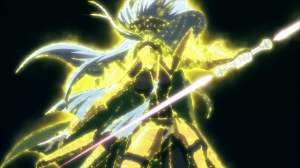 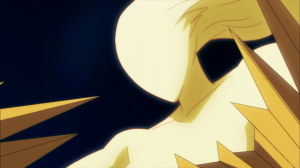 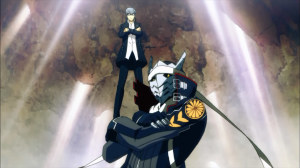 Again this pretty well was a Yu and Marie focused episode like the series has been so far. A much more straight forward discussion between both sides with Marie asking for him to help her since naturally she didn’t want to just die and disappear. And even at the end it was Yu who got her out of there and they had a hug which one couldn’t misunderstand. Heck, they even allowed Yu for some reason to finally wield a weapon so he could get Marie out of that thing. Probably the only time we are going to see a P4 cast member in anime form actually using weaponry.

It is kind of ironic that they spent the time to integrate Marie with the Investigation Team to create this stronger motivation to save her, but at the same time they did not really play much of a role in the rescue. Only once it was time to get the fighting going did they happen to wake up there. Kind of surprised they changed the story in that respect since I thought the game had a good way to make everyone motivated and still play to the bond the MC had with Marie.

It was still fun to see the 3rd-tier Persona for this fight. It was like rapid digivolving or something XD. They got their motivation and just kicked things up to the highest tier before going in to fight. They only really got one attack each, but it was still a nice chance to see those special persona in this battle. Not sure if we’ll see them in the one fight we’ve really got left. 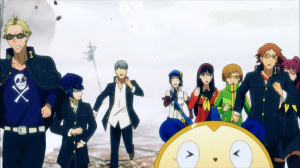 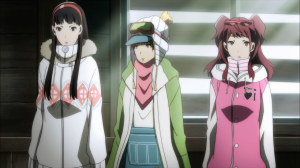 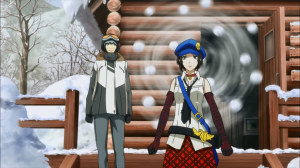 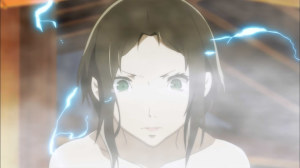 The aftermath was pretty fun with the group having to run for their lives there at the end. I’m glad that Marie and Yu were having fun while they were having that kind of close call XD. Does make it seem like Marie herself actually triggered that place falling apart which was a bit dangerous. The reactions after they got out showed that this group is certainly getting used to crazy situations and can bounce back pretty quickly.

The snowball powers of Marie are also not to be underestimated XD. My condolences to Yosuke who ended up fighting a war that could not be won. That was nothing though to what came next with the celebratory visit to the hot springs. Seems like a fair reward to get to relax like that after fighting for your lives. Although they did manage to risk their lives anyways XD. Usually when the guys get into trouble it’s not completely their fault….but this time there wasn’t much excuse. Trying to peek over the fence and knocking it over was pretty blatant, though they all suffered the consequences once Marie got pissed XD. 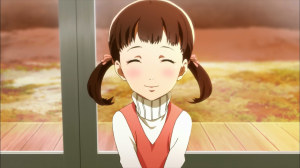 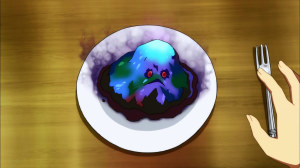 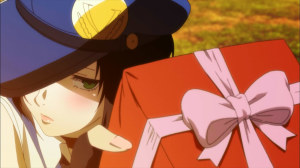 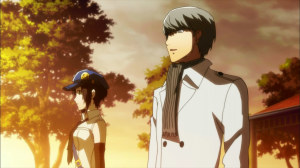 Valentine’s day….that was somewhat horrifying. There wasn’t much one could do against Nanako’s smile there. Sadly she’d been tainted by the horrible cooks in the series so Yu was in a spot he couldn’t get out from. Luckily he managed to survive getting poisoned. Hopefully as a farewell gift Yu gives Nanako come cook books and makes sure she never takes cooking advice from Chie, Yukiko, and Rise ever again.

It didn’t get much better with Marie either. I don’t blame her much since she’s hardly been an existence of her own fro that long and certainly cooking isn’t easy to do in the velvet room. Though I do worry what kind of creature she…trapped in the chocolate. Maybe it will somehow deal with the slime creature that Yu ate earlier XD. Kind of a rough day for Yu and we don’t even know if he had to suffer through Valentine’s gifts from those other girls.

They did give a nice moment there at the end for Yu and Marie pretty well cementing that as the route for this anime anyways. I’m looking forward to what appears to be a second crack at the last boss. I hope this time they find a good way to show some of the fight since it’d be a shame otherwise. Though I just hope they don’t have him one-shot her since he did already go through and fuse Izanagi-no-Okami just to face Marie XD. 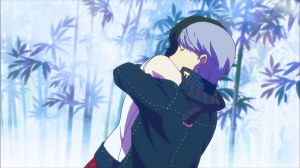 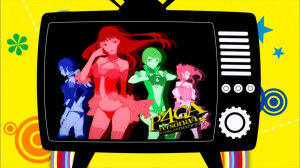 As a whole it was a pretty good episode. I did feel like they cut the main group out a little too much in this episode, but I still enjoyed it. They handled the Marie situation pretty well here and now are set up for the little time they have left.
Score: A-