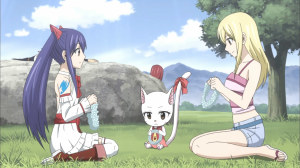 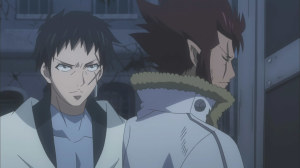 Oh Fairy Tail, when did you get so good (again)? After last week’s refreshing episode, we got what has to be one of the most moving episodes of the series yet. I’m not sure how something so flawed as the Grand Magic Games Arc could birth such an amazing epilogue, but well, I’ll take it.

In some ways, one of Fairy Tail’s greatest strengths is its characters and character building moments. Its no surprise that some of the most powerful moments come from when Fairy Tail focuses on that aspect. Its when Fairy Tail pulls off emotional moments like the one in this episode, that it elevates itself to an art from, and sets itself apart from the other Shounen series. 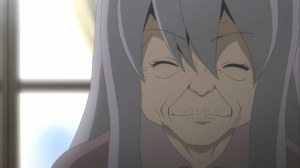 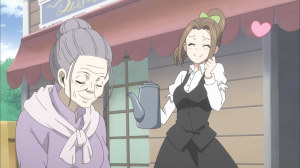 This week’s episode largely focused around Ultear, and what happened to her after she reverted back time and saved the day. There’s a real sense of bittersweetness throughout, as we see a old lady that turns out to be Ultear. And while it is what it is, I kept feeling bad for Ultear throughout the episode. There’s a real weight and power to her sacrifice, and its brought out by the fact that that the consequences are harsh

In shounen series, and uplifting fiction like Fairy Tail in particular, the good guys always manage to save the day and they get rewarded for it. Ultear’s only reward for basically sacrificing herself and saving the day is some inner peace. I’ve got to say, in some ways, its almost a shame.

While part of me appreciates the importance of the moment, a big part of me wants to reject it. I suppose the more childish, immature side of me wants Ultear to be okay, to continue to be one of the anti-heroes and travel around with Meldy and Jellal. 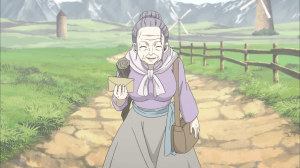 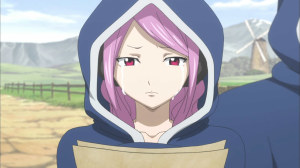 The good bye between her and Jellal and Meldy is full of heart breaking moments. In some ways though, she provides hope and words of encouragement for the other two. Its no secret that whatever is coming next, Crime Sorciere’s definitely going to be needed. If anything, they get the thankless job of pretty much saving everyone from behind the shadows.

I think the one consolation, is that at least Jellal and Meldy realize what happened to Ultear. Even more so, the emotional core of the episode, the part that did it for me, was the scene where Gray and Ultear see each other. Maaan! 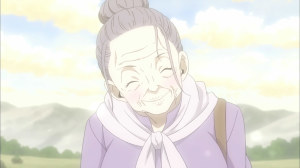 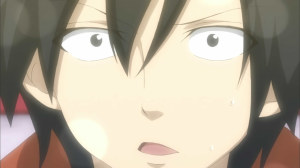 If there were ever a moment where I’d murder the English language and say that I got the “feels!”, this was most definitely it. The feels lead to some serious watery eyes, as was mostly definitely intended. 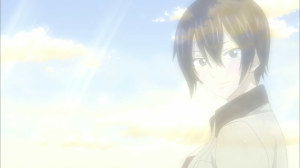 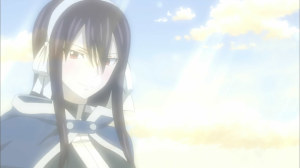 Looking at what this meant as far as the big picture goes, I couldn’t help but feel for all the tragedy that surrounds the family of Ul. Ul ended up losing her daughter, and then ended up sacrificing herself to save her prized student. And Then The daughter followed in the mother’s footsteps and saved not only Gray, but everyone in the world from ruin.

And its worth noting that I’m glad that Gray felt some frustration for what happened to his teacher and in some ways, his elder sister figure. I think I’ve mentioned this before, but Gray tends to seriously under perform when you stack him against people like Natsu, Laxus, Gajeel, Erza and even Juvia. The guy is seriously pretty weak and really needs to step up his game. He needs to work to get stronger and better, and be able to protect the people that are important to him. 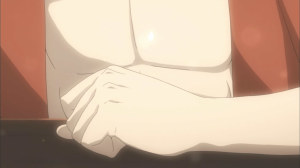 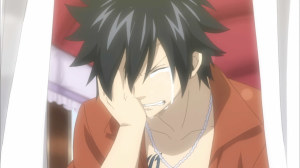 I know its illogical, but in some ways, it does feel like its because of Gray’s fuckups that both Ul and Ultear lost their lives. I just hope that losing Ultear as a prominent character leads to something good from Gray.

And at the end of it all, at least Ultear did forgive herself and move on. Not only that, I think as a viewer, I forgave her sins too. The fact that she sacrificed herself helped, but the peaceful, kind old lady smile sold it for me. I never truly cared that much for Ultear, but damn, Mashima-sensei sure changed that with this arc and especially this episode/chapter. 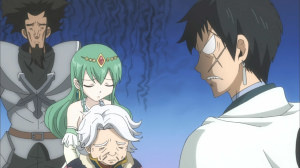 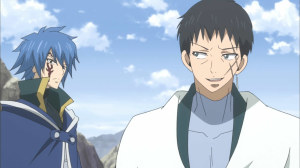 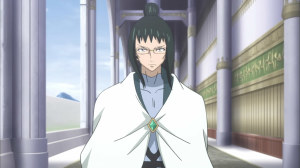 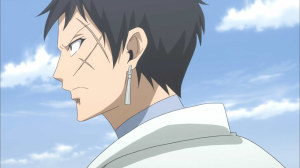 Hidden inside that emotional roller coaster of an episode, were some little world building moments too. It was interesting to see that Doranbolt ended up altering the council’s memories in order to protect the royal family of Fiore. Added to that, he even modified Lahar’s memory, which was probably a good idea all things considered. Much in the same way that Jellal went from pure evil to very likeable anti-hero, Doranbolt has gone from dislikable “good guy” to an actual good guy.

The little bit with Cobra was interesting as well. I’m not sure how the Demon Generals will play into the Underworld Gate opening, and what the Dark Guild Tartarus has in store, but its sure to be the next big thing that happens in Fairy Tail. Getting a few hints on what that might be was just enough to get me excited for what comes next. 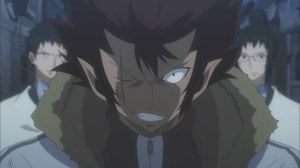 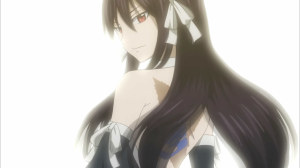 I think I said it last week, but I think its doubly true after this episode. If this is what we’ll get for the next few episodes, then I’m more than just sold, I’m excited. It feels great to be so moved by Fairy Tail, to be literally glued to the screen during an episode. It feels good to be excited for next week’s Fairy Tail again. Before that though, this week was not only a solid episode, but a heartfelt good bye to a very beloved character. 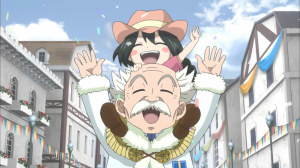 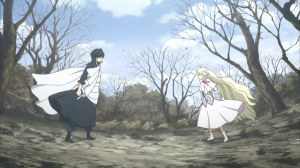 Fairy Tail returns to Magnolia and… Zeref and Mavis have a face off? And I thought nothing could top this week’s episode. Next week can’t come soon enough! ARRRR!!!