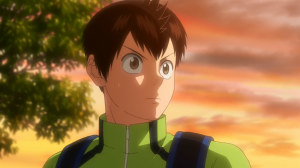 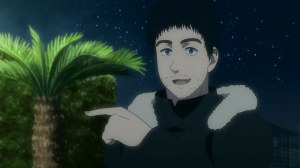 This episode was some good aftermath for Maruo and showing how things are starting to change for him. Time is starting to tick away in terms of being prepared in time for the tournament that will define his future. Not surprising that he is feeling the pressure to improve as fast as humanly possible. Thus it’s probably a good idea to have a new coach coming into the picture who seems very health conscious.

I do think the coaching change is a good one. Miura is a good head coach, but he’s also got a lot on his plate there. With Takuma starting to move towards being a pro his development is probably of most importance. No offense to Maruo, but the kind of prestige having another pro coming out of their system is a big thing. These clubs probably get a major boost when they can point to certain professionals and say they helped that guy get where he is today. Splitting the duties makes sense and will have to hope Aoi is up to the task. 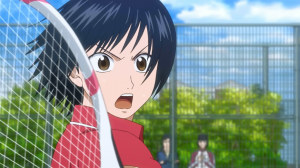 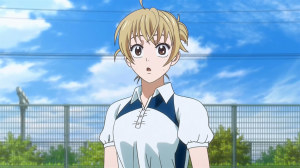 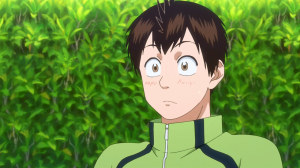 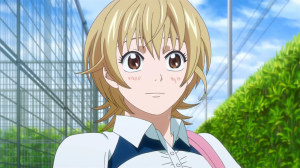 Naturally the pinch that Natsu was in didn’t end up being critical. It looked bad certainly to a viewer like Kageyama, but her coach was not that worried. Although funny enough it seems like Natsu will get additional coaching with this new person joining the staff. This was a good chance though to see what kind of player Natsu is and watch her dominate. It wasn’t a long sequence, but it was the most of her tennis we’ve seen so far. A very different kind of player compared to Maruo. A rock in terms of keeping mentally tough no matter how the match is going and is just a force out there.

Almost felt bad for her opponent with how she got steamrolled at the end. Had one chance to win and must have took a hit mentally to see Natsu hold out. Still, quite the impressive performance against a top contender like Natsu by someone who is younger than her.

Still, it’s no wonder Natsu is so popular out there. So purely happy with her win that even Maruo was left stunned silent XD. Was a nice little moment there as well when she was happy that he broke off from the matches he was watching to come and see her play. Obviously meant a lot since she knows how important gathering data against future opponents is for him right now. 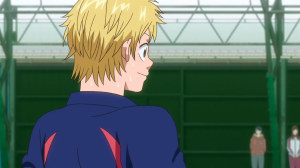 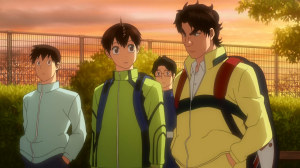 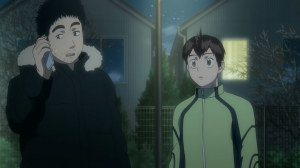 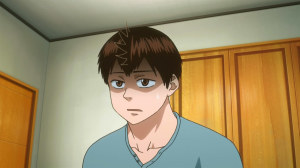 Not much to say on the rest of the tournament though. Ide clearly showed that he’s another top contender that will be tough for Maruo to overcome. They set up that upper group probably as a preview for Maruo to have to get past some of these guys in his big final tournament. An interesting note about Miyagawa slumping and dropping out in the first round. That kind of thing does happen though.

Aoi is an interesting kind of person to pair with Maruo though. He doesn’t seem that reliable, but at the same time is a former pro. So if there is someone that can give lessons about what you need to get there this guy would be the one. Good call to stop Maruo from overworking himself since it’s easy to get hurt doing that. The task he set out for him is pretty hilarious. Maruo is the type that just wants to do all he can and being told to find things he wants to do rather than the practice he needs to do is interesting. It’s probably partly just to let his body rest from too much practice, but there may be more to it than that. 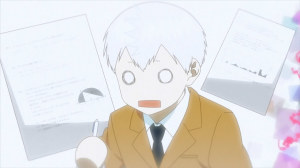 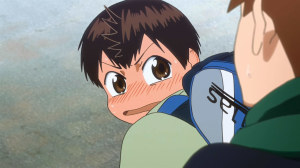 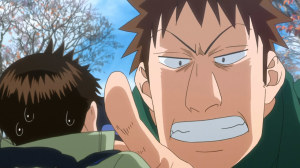 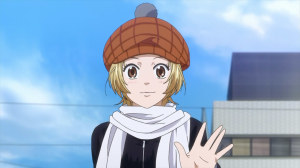 Full points to Kageyama for setting up this Natsu and Maruo date XD. It’s nice that we are actually going to get this in here despite running low on episodes. Of course it’s not just a selfless thing. Kageyama does want to make a move on the class rep, but probably feels that will never be possible if she still holds out some hope that Maruo will look her way. But, I’m sure he also just wants to see his friend go for the girl he clearly likes. Not easy to see there is some mutual feelings going on here, so might as well go for it.

Now to see if Maruo can actually follow through and make a big confession here. For someone that logical it might actually be a tough thing to pull off. His entire hope of treating this as a normal meeting went straight out the window when Natsu got dressed up to go and meet with him. That episode should be an awesome episode simply for the fact that we can see these two interacting again. It hasn’t been long since the school event, but I’ll take some more of them before the show wraps up. 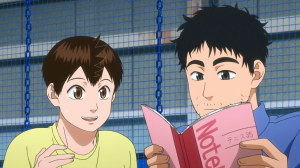 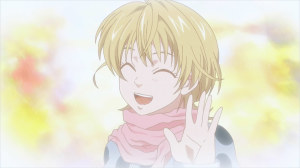 Another really good episode I feel. It handled the Natsu match well and also showed things changing for Maruo with a new coach. Right to the end they are being surprisingly loyal to the material. I’m still not sure if that means a surprise sequel or they will just do a big jump to the future at the very end to show where Maruo ends up.
Score: A