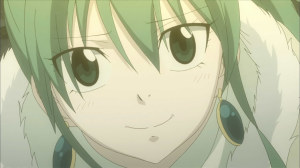 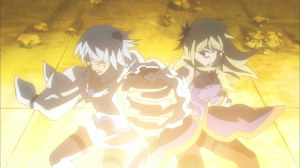 Its been about two weeks since I saw Fairy Tail, and now that I’m back the latest arc of the series is finally wrapping up. More so than any other arc, I have very mixed feelings about how this one ended, and where we’re at when everything’s said and done.

With episode 23, the battle is, for all intents and purposes over. In many ways, the ending of the arc and the state of the battle field kind of mirror each other. The battle is over, and technically the good guys won, but it feels very much like a hollow victory. 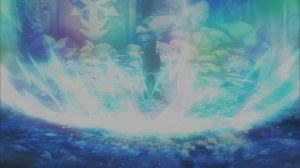 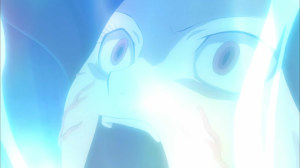 I think the one part of the final act of this arc that resonated well with me was Ultear and her ultimate end. If there were a climax in this arc, the moment where Ultear decided to give her life was it.

I must admit, I hadn’t thought that the Ultear thing would work for me, but the way it was used wasn’t bad. The major reason for the sort of dues ex machine plot device actually working, was that it wasn’t a complete dues ex machina. It wasn’t a complete reset, much as Ultear had hoped. The Magic spell she used, Arc of Time – Last Ages was the ultimate double edged sword, and I can’t help but marvel at how effective and balanced of a plot device it is.

The first major element of Last Ages is the fact that it carries a heavy price. Ultear has to use up her life to turn back time, that’s a given. The thing that really hit me was how little a life is worth. 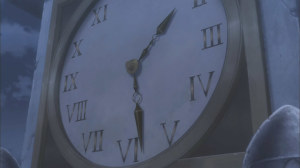 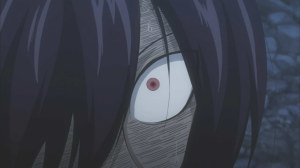 I think the most gutt wrenching and painful moment was when Ultear gave her life and managed to turn back time… but only for a minute.

And poor Ultear, as she died thinking that her entire life and her sacrifice had been in vain. Of course, Ultear’s ultimate sacrifice helped save everyone that died, especially the people she cares about like Gray. That one minute is all that is needed to save everyone, and it kind of makes sense. 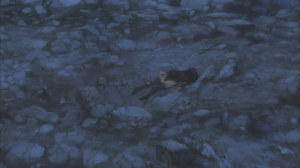 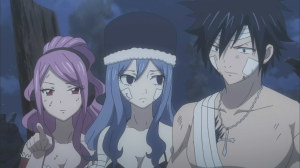 If there was a way to reverse all that death, this would probably be it. In the end, the reason this all works so bad is because the heroes do indeed have to pay a price. The price is Ultear’s life, and the gain is a simple minute to get back and keep going.

Another reason why this worked so well, at least for me, is that it doesn’t automatically fix everything. No, Ultear’s life and magic paves the way for the good guys to get a second chance, and win. 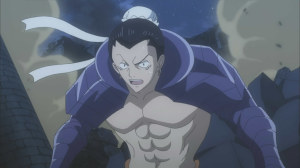 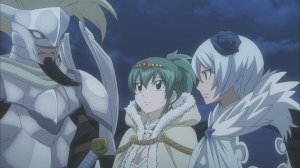 Its like an extra life or a continue if this were a video game, and not much else. The fact that Ultear’s final magic is used as a way to extend the battle rather than something that’s a “stop gap fix” for everything is what makes it believable. It also makes it powerful and downright tragic.

Ultear’s character arc is one of the few achievements for this arc. I legit felt a sense of loss at losing Ultear, and unlike say Gray, I’m not so sure she’s coming back. Looking at Ultear’s life as a whole. its been nothing but painful. She lost her mother at a young age, probably thinking she was abandoned. Then she ran into Purehito and got mixed up in his plans. Then she became Zeref and began manipulating and hurting people. Then she ended up running into Gray and seeing the error of her ways, and then had to atone for them. 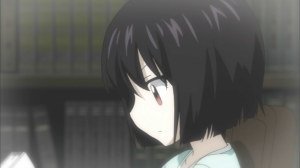 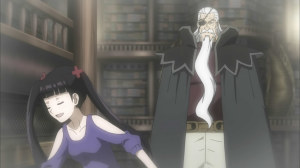 If I were in Ultear’s shoes, I’d like to think I’d do the same thing, but I doubt it. It takes real strength of character to just sacrifice yourself for everyone. Added to that, at this point, no one really knows that it was Ultear that ended up saving the day, at the cost of her own life. That’s a rather bitter pill to swallow, but it gives Ultear a fitting, unsung hero like place.

Does Ultear’s sacrifice make up for what she had done? That’s still debatable. Maybe nothing she can ever do will atone for the crimes she committed, but then again, there was nothing more to do after this, I suppose. 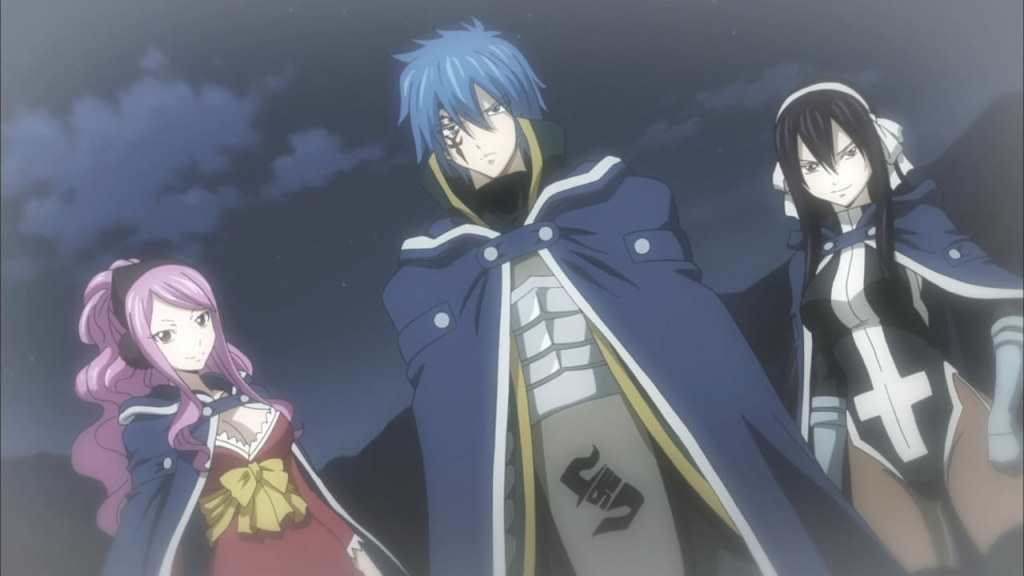 I’m not sure how Mashima-sensei went about planning this ending, but its clear that he sacrificed one of his characters to make this ending believable and palatable. As I’ve mentioned often, there’s rarely death in Shounen series, and when it, its either reversed or some kind of trick. This is hopefully, one of those rare moments where the death sticks. If nothing else, this death has real purpose and impact.

Ultear’s big sacrifice aside, the rest of the resolution wasn’t all that impressive. The next big part, for instance, is Lucy finding out that her future self left a note stating that destroying the Eclipse Gate would fix everything. Okay, I’m with you in terms of simple time travel logic. What bothers me about this is how exceedingly absurd this sounds. 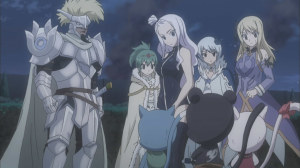 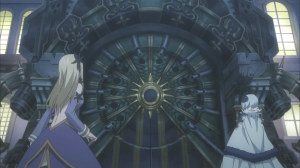 So you’re telling me that Future Lucy was running around, trying to warn everyone and she didn’t mention this rather important “solution” to the problem? Yes I know you could argue that this particular method would erase her existence too, but at the point she was at, having lost everyone, I doubt self preservation was at the top of her list of priorities. Its an absurd oversight, and one that really sticks out.

And honestly, this whole plot point didn’t even need to be explained via future Lucy. In the end, Natsu ends up smacking both Future Rogue and an entire Dragon into the gate anyway, without anyone telling him to. 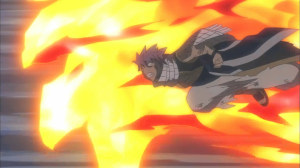 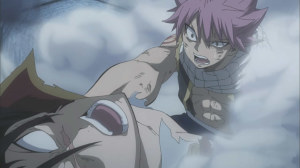 So all in all, once Ultear had turned back time, everything was set. Its not like Mashima-sensei to make such mistakes, and I think I’m inclined to agree with some of the past comments here on AE, and assume that at this point, the arc just needed to end. 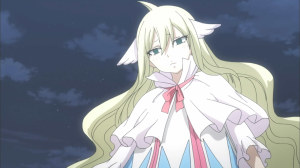 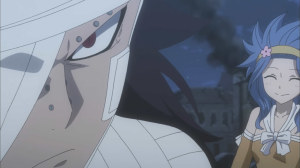 I did like how some of that apparent frustration of not being able to find a satisfying ending made it into the actual story. The fact that, as Mavis points out, none of the Dragon Slayers were able to take down even one dragon, puts our heroes in quite a bad place. If push comes to shove, Arcnologia could wipe the face off the planet with everyone. It really was Ultear’s sacrifice that bailed everyone out of the worst jam yet. 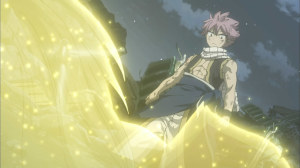 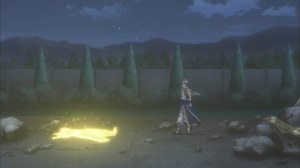 The other thing that did add something interesting to the mix was Future Rogue’s final words to Natsu. I have to say, I felt a little cheated by the fact that we didn’t learn the actual identity of Frosche’s killer, but I suppose that’s something for the later. Whatever that knowledge is, combined with what all the Dragon Slayers learned because of this battle, is probably enough to fix/change the future though.

As Future Lucy returns to her own time, its shown that she ends up going to a place where Natsu and the rest of Fairy Tail is still around. I’m not exactly sure if this is a symbolic place, i.e something along the lines of Heaven, where Future Lucy is reunited with the rest of her comrades, or if its actually in the future. 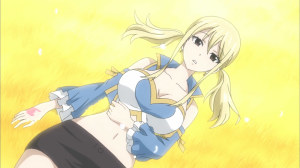 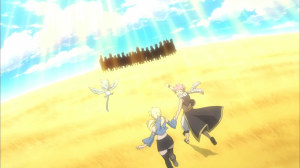 The golden fields and pure blue clouds, plus the fact that we aren’t able to see most of Fairy Tail’s faces, means that its probably the after life, or the series’ version of it. Its a bittersweet ending, but at least Future Lucy gets to get a somewhat happy ending as well.

And yes, I’ll give the series props, they end with a gigantic  Natsu x Lucy scene to cap off everything: 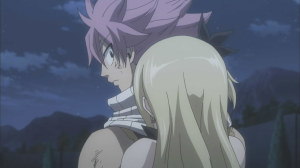 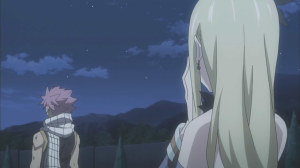 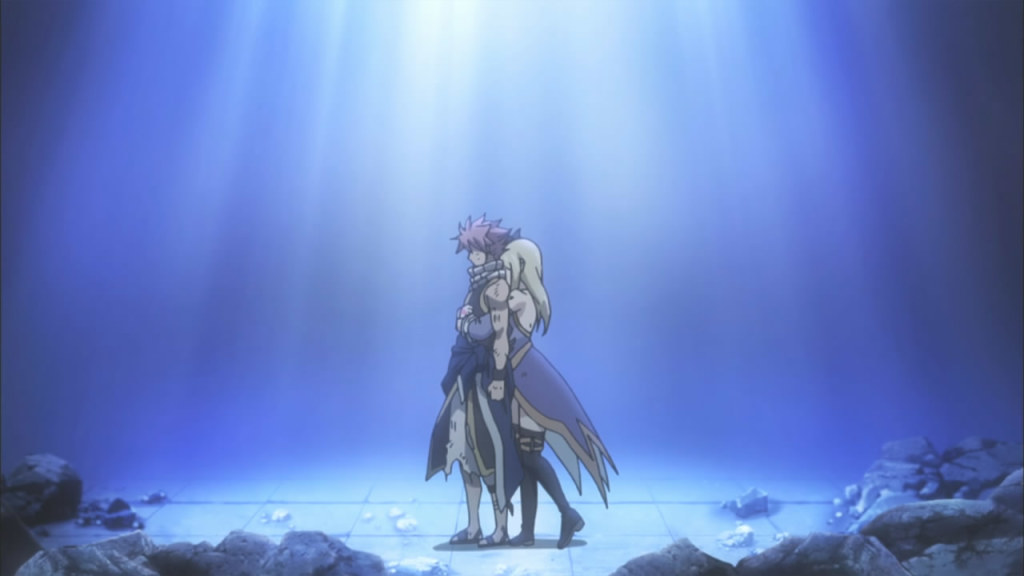 So with that, I suppose this arc is over. In the end, this wasn’t Fairy Tail’s best work, but it had some good moments near the end, that kind of at least made it decent. I’m interested to see where Fairy Tail goes from here, and given the comments from manga readers, the series only gets better from here. Here’s hoping we don’t get stuck in Filler land for too long before the next big bit of awesome. 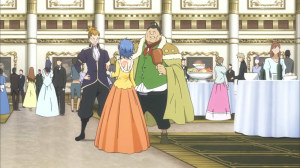 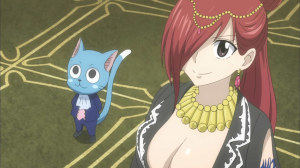 Seems like its celebration time at the Castle. I guess we’ll find out next week if we’re going into a new arc or a filler arc. See ya all next week!