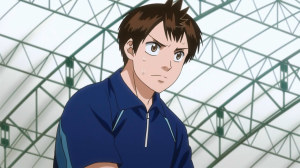 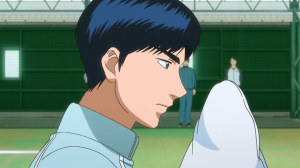 This episode could be a bit tough at times since you could see how Maruo was clearly giving his all, but slowly slipping away at the same time. It is really tough to find oneself in the midst of a game like that much less try to win with that style against one of the top players out there. I also wonder how far Nabae was pushed in this match. It did seem like he was troubled at times out there, but we didn’t see him give up a point to reset himself mentally anyways. Might have had more cards to play if the match dragged out more.

I’m still glad that Maruo started to find his game out there. He was always someone with good eyes and a meticulous personality. So it makes sense that he returned to the beginning when the idea was just to control every ball and put them precisely where he wanted to. Now he has a way to proceed forward that may be able to give him the kind of weapon he needs. Just playing good basics isn’t enough and now he realizes that. The key will be finding out how to improve his accuracy enough and how strict he can be on himself out there. 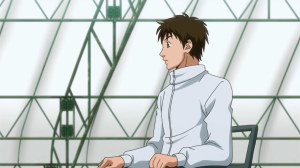 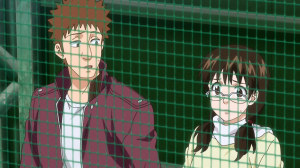 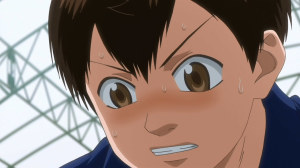 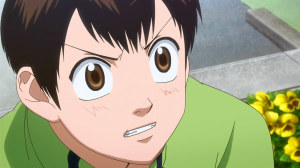 Unfortunately for Maruo the result seemed clear from the early part. No matter how much his control was improving he was getting exhausted. He was having to put so much into this strategy and it was burning him out. Even if the match continued from that point Nabae was going to end up winning. There’s only so much you can come back from and that was a hole too big to climb out of. Similar to the video we saw of Nabae versus Takuma, he wouldn’t have anything left in the tank for the next set.

The call from the judge was close, but in the end these people are human. If you freeze frame the shot it was on the line, but that guy has to make a close judgment call. Plus I wouldn’t put it against the judge to be just sick and tired of Maruo at that point. Every shot was trying to be pinpoint which means he had to closely judge every single one of them. Some might have been easier than others, but when someone keeps either just missing or just getting it in that might be frustrating. I’m not going to say the judge threw the game there, but I wouldn’t be surprised if after that second set he was glad it was over XD.

It’s also a good lesson for Maruo. This isn’t math, despite how he can actually bring math into it. These sports are judged by people who are fallible. Even if they are wrong unless the sport is unusual they aren’t going to change that decision. Sometimes just have to accept that things will go against you. If he hadn’t put himself in such a bad position then that one shot wouldn’t have been very important. Still, I’m impressed by how far Maruo pushed himself while he was against a wall. 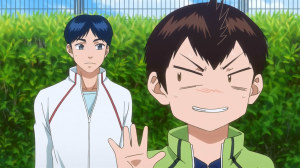 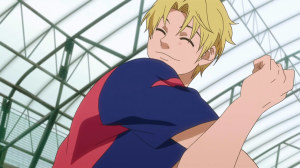 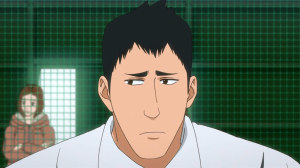 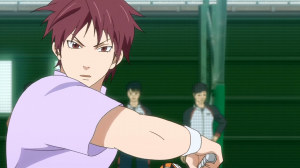 The aftermath of the match was pretty interesting though. Definitely hard to be anything but depressed after a loss like that. It’s always hard on the losers to keep their heads high and congratulate the winner like that. Probably a good call by Natsu to leave him be for the time being. Sometimes you need a breather and nothing anyone says will help. It does show the camaraderie for those players that Maruo and Nabae could have that chat after the match. There are a lot of weak points for Maruo, but he is someone that Nabae can see the potential in and has to be aware of.

They still managed to fit in a chance for Maruo to examine the competitors he may have to get past someday. Even at this late point in the show they are being loyal enough to give the preview of what is to come even if we aren’t going to be seeing it any time soon. Everyone who is near the top at this level has some real strength that Maruo will need to find a way to overcome or hope that someone beats them before he has to. Long way to go to reach his goal, but he’s working on it. 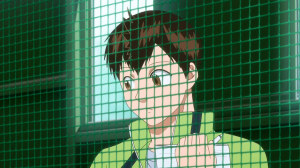 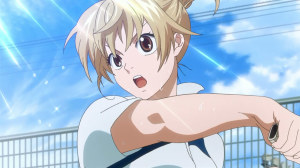 It was a good episode in that the match moved pretty quickly. Although I did find it tough to watch as Maruo slowly slipped away by putting so many shots out. I guess you could say he decided the match since so many shots ended because of him XD. Either way they manage to try and end with some tension with Natsu having some trouble in her match. Might be a good chance to really see Natsu play and get a feel for how strong she is. Can only say she’s good because of her seed status for so long. Probably the last good chance in the anime to see her in action.
Score: A