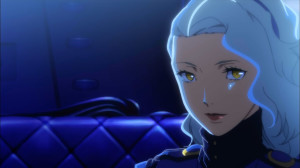 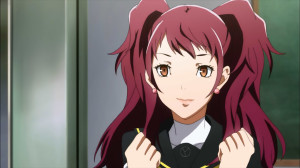 Well I’ll say this episode did kind of play out as I expected it to. They seemed to be trying really hard with the preview to give the impression that they were going to do something pretty crazy. It was still a fun episode, but as expected they avoided having Yu become a serious player. It seems like in this NG+ that he pretty well friend zoned all the girls which does make me wonder if they will go for a Marie end or just friend zone her as well. If so…I really wonder about this guy turning down that many cute girls.

I really do respect when a show goes ahead and has changes in the story have an impact on the OP and ED. This episode did both pretty nicely. We did skip the OP last week so it might not have been as obvious, but they very much did go back with the OP from the original P4 anime. Probably to reflect as we saw that Marie had for some reason vanished from the memories of the main cast. They were very much acting like nothing had really changed from the original run. The ED had a nice effect as well. It had a more unstable feeling to it and some of the scenes were altered. There was no group waiting for Marie at the end of the OP and her screens of memories were also blackened out. 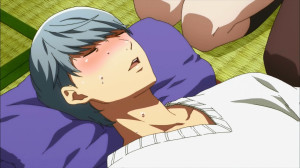 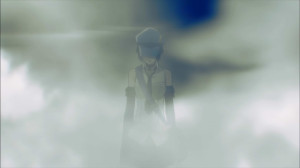 The big thing of course came straight from the ending. The dream that Yu had about Marie showed that he doesn’t remember her and that she wanted to say farewell. Neither of those things are very positive. Certainly there has been a connection between Yu and Marie from the beginning. She was one of the first people he met upon arriving in Inaba and somehow that interaction drew her into the Velvet Room. Then suddenly she vanishes and no one seems to be making any note of it. The comb vanishing certainly was a hint, but now we can certainly say something very serious is going on. Just a question if Yu can pull onto that dream enough to figure things out.

And thus while everything feels over and the team is having fun it’s clear there is more to come. They can’t possibly wrap things up without getting Marie back and it seems like we are on the verge to getting all the answers needed about who this girl is. Whatever she is trying to do they can’t just sit by and let her be. 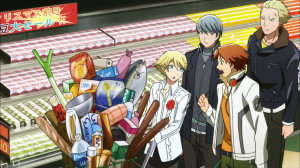 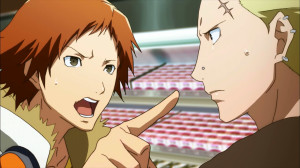 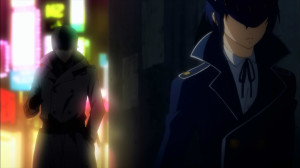 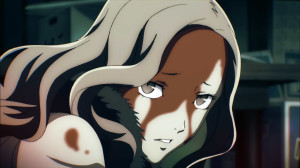 The main part of the episode naturally was this big Christmas event. The moment Yu started to talk to the girls I figured it was another even planned by Yosuke. Not surprising, but it makes sense why they’d keep the girls mostly in the dark. The disaster of the previous cooking events made it clear that Yu is the only one there who has a clue how to cook and frankly the guys are better assistants than the girls would be in this regard. Unfortunately every single one of them took it in the wrong way and that lead to the horror of how things turned out.

While the others were pretty standard in their misunderstandings….Naoto takes the cake XD. Maybe it’s because she’s been a detective for so long or maybe it’s because this case was so stressful…but she pretty well cracked there. She figured out that it wasn’t likely that Yu was asking her out on a date, but instead of just presuming a party she went for murder mystery. It was kind of hilarious seeing her start to lose her head there expecting everyone to try and kill her. 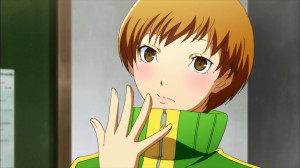 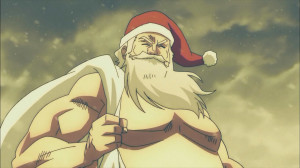 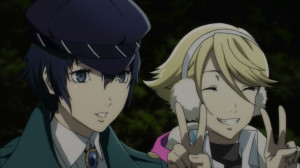 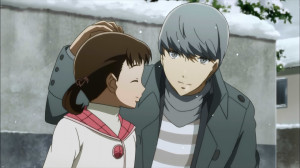 I can’t really blame Chie, Yukiko, and Rise for misunderstanding things. Yu was pretty vague, just telling the girls to keep their schedules open. It let them think what they wanted and in the end it was just a mess. Not quite as much of a mess as compared to if the girls were allowed to cook, but it was still pretty crazy.

They certainly raced right through the rest of the events though. The little Christmas party for Nanako was cute, good to see her back and healthy. Then they quickly had the fun in the snow which was a good way to get that cold for Yu and to show those two spending time as family again. The New Years event was especially hurried, just getting there for the countdown. I guess they had a plan and could only really touch on these specific events. Although to be fair they’d have had more time if they didn’t make the whole episode about the Christmas craziness. 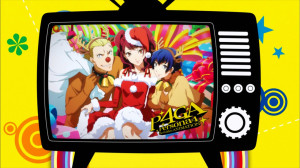 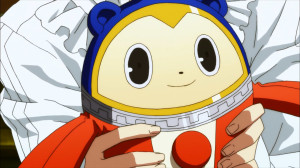 Regardless it was a pretty solid episode. I appreciated the move with the OP/ED and am looking forward to what happens next week. Skiing seems to be on the horizon so that should be another fun event to watch this group participate in. Maybe it will start to trigger some memories within the cast and they will realize they are really missing someone right now. The title pretty well gives that away, but they did manage to pull some trickery with this week so anything could happen.
Score: B