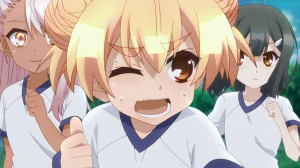 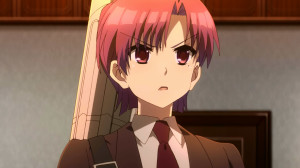 This episode was a bit more build up than I expected it to be, but at least we know for sure the next one will be pretty eventful. This episode did have some good moments though and I enjoyed the two main parts that existed in it.

We certainly had to wait for Bazette for a while here, but she made quite the impact when she finally arrived. This woman is on a mission and no one is really going to get in her way. It’s basically like dropping a terminator into the show that wants the cards and will do whatever is necessary in order to get them. Kind of a different feel from how purely dangerous those heroic spirits could be last season. This person is intelligent and focused on her mission, whatever her reasons for going after the cards she isn’t fooling around. 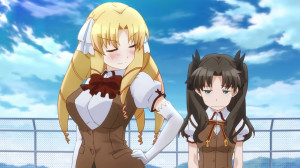 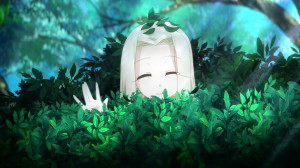 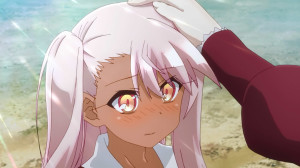 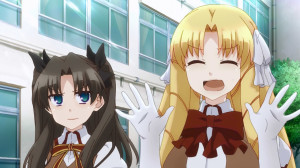 Having someone gunning for the cards wouldn’t be as big a crisis if not for how things have developed with Kuro. It was clear enough during the spying that Irisviel, Luvia, and Rin did in this episode. That girl has completely integrated herself into that school life and hasn’t shown any interest in starting up serious trouble or killing anyone. If they were hoping she’d give up a reason for them to have to go after her….they aren’t getting one.

The one thing I really liked from the first half was the interaction with Kuro and Irisviel. I didn’t feel like they had great interactions in the previous episodes so this was a really good chance to show their relationship. It’s got to be an awkward situation really. Irisviel seemed to recognize how things didn’t quite go as planned with the sealing of Illya’s memories and does really seem to want to keep her ‘daughters’ happy for the future. A strange situation for Kuro as well since she wasn’t in much of a position to receive any parental affection for a very long time and now she has to get used to actually receiving that attention.

Was also very Luvia to try and use this chance to try and get into Irisviel’s good books XD. That girl is focused on her target, there is no doubt about that. 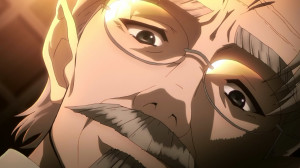 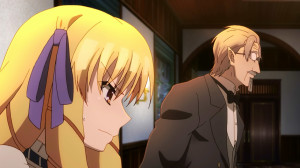 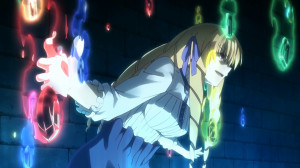 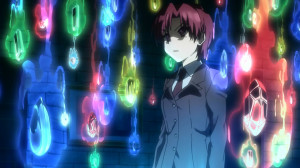 It seems like Rin found some trouble even before Bazette started to go wild. Though she kind of left it vague, it seems like there is no end to the trouble. Despite the havoc made by Kuro it’s overall been relatively peaceful for this group. One can only hope that Rin hasn’t found too much trouble, but from her own words it doesn’t sound like something easy for them to handle.

Regardless I have to give full props to the Bazette vs Luvia and Auguste fight. Sure those two clearly weren’t a match for Bazette, but they put up one hell of an effort. That butler had some moves XD. I guess when you work for a magical family, especially for someone like Luvia it’s best to be prepared for just about anything. It was pretty entertaining watching that guy pull out machine guns that were hidden all over the house and doing whatever was necessary to try and win. Goes to show that while magic exists in this world there is no harm in making use of the modern advantages that exist.

The problem still was that even with Rin showing up there wasn’t much they could do. This person was clearly an elite in the magical organization and they just didn’t have the firepower. But they can hardly hand over the cards even if they wanted to since they still had no answer for the Kuro situation. Luckily/unluckily Illya and Kuro arrived on the scene, though perhaps too late. Even though Kuro is tough and Illya is improving her abilities….this isn’t going to be an easy fight. Maybe with Miyu they will have enough to bring her down, but it’s hard to say. They might need to get a bit lucky. 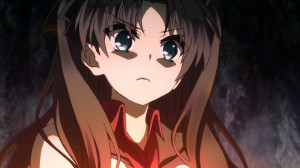 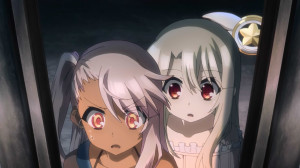 In the end I’m pretty well left in the same position as I was last week. Wanting to see the next episode in a hurry XD. This episode had some good fun and I did like the Kuro/Irisviel moment…but this fight that is coming looks good enough that I’d rather just see it now. Here’s hoping they can really come through and make this able to match up with the best that the first season had to offer. At least Bazette has some personality so it may be an even better fight. Will jsut have to wait and see.
Score: B+