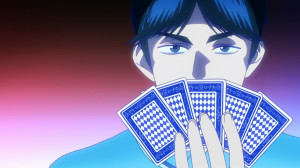 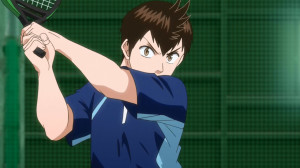 So here comes the first huge challenge for the toughened up Maruo to deal with. Basically feels like they are tossing the last boss at him right from the start. One of those RPG fights where you see the last boss to see how strong they really are. Of course nothing is guaranteed and this could be another huge leap forward for Maruo if he can overcome someone like that.

Either way it’s going to be a tough match. They took the time to hammer home the point that these two are very similar. While it’s not exact, Nabae is like a future version of Maruo to some extent. Someone who has a very good feel for the basics, is pretty analytical, and looks hard at the weaknesses of his opponents in order to attack them. How two of this type are going to match up will make the next episode all the more interesting. 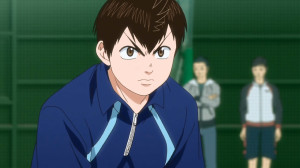 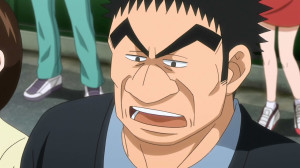 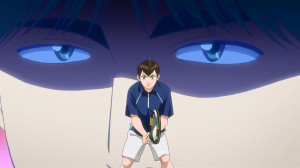 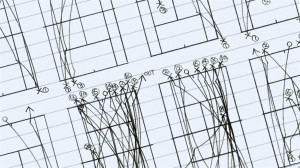 This episode mostly took the time to set up the match and show Nabae taking his time in putting together the data. It kind of reminder me of the match against Araya in some ways. The early portion had Maruo gaining a healthy lead with the danger that things could take a turn later. In the previous incident that was hitting at Araya’s weaknesses while here it was because Nabae had so little data on Maruo and needed to fill in his mental spreadsheet on him. But at least things didn’t actually take a bad turn here so there is a chance to win some more games and get further ahead.

Really the match just showed how far Maruo has come thanks purely to that plan to reinforce his physical condition. He’s showing on a physical level that he can much more easily go up against guys like Nabae and the true elites that are out there. It may take a whole lot more than just a strong physique, but it’s a major improvement. He’s been starting off from a weaker position because of his inexperience in sports, but it’s starting to come together. Even the coach pointed out that now that his body can keep up with those eyes of his that he can start really pulling off some interesting stuff. And being against the top seed here is a chance for everyone to recognize that. 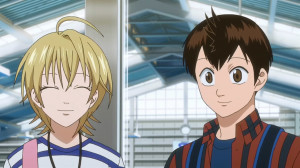 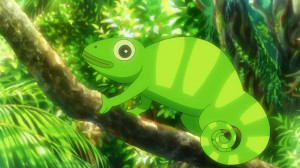 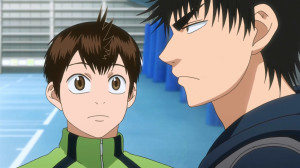 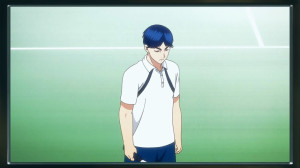 The rest of the episode was just building up to the match by making it clear that Nabae is someone worthy of being the first seed here. His ability to change to better play against his opponent is a scary thing. That chameleon aspect will be tough to overcome. It has to be incredibly tough to put together that kind of mastery over a variety of styles and be able to switch between them. As expected of someone aiming for “All A” tennis.

Of course as we saw from his victory over Takuma he isn’t all powerful or anything. While he could imitate Ike’s play style, he wasn’t Ike himself. He was at a lower level overall than Ike, but won because of that mental advantage he had and the fact that Takuma wasn’t in the best physical condition. Really the loss was on Takuma himself in that respect. While he was playing harder recently, it’s not easy to get back to 100% of your ability after slacking off so much. By the time he can go pro Takuma should be fine, but at that moment he didn’t have enough in the tank to overcome Nabae in a long match. 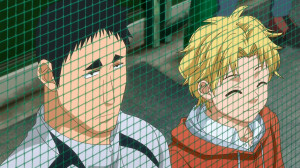 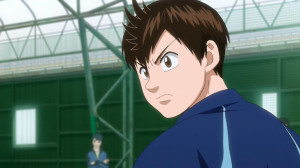 Not bad for the introduction for Nabae and the start of this match. The next episode clearly is where things will get a lot more interesting. As we get closer and closer to the end I really wonder how they plan on wrapping things up here. So far it’s remained pretty darn loyal to the source material, but obviously there’s plenty of material left. The next few episodes should be interesting if only to see where we end up.
Score: B+