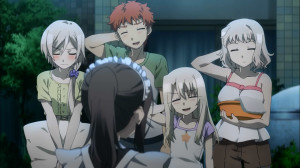 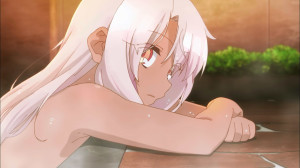 Things have certainly gotten serious here. Of course there was only so long that this stalemate situation could last. Illya still hadn’t accepted Kuro’s existence into her ‘normal life’ and Kuro was still not really explaining everything about her situation. As long as both parties were holding their ground someone was bound to take a step to break the current situation.

Honestly I can understand Kuro’s side of the situation and do feel a bit more sympathy for her. She’s the one who’s existence feels all the more unsteady here. Illya is accepted in a normal life and has her place. Attempts made by Kuro to push her way into that world have been rejected. I’m not saying her hands are clean in this situation, but I can see why she was the one to break the current state of affairs. Only at the end of this episode did Illya really take a look what she’s been saying and what that can lead to. Although now that she has perhaps Illya can finally end this conflict with Kuro. 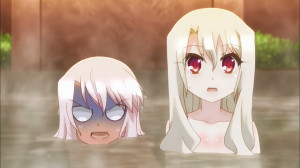 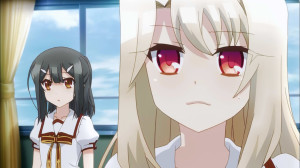 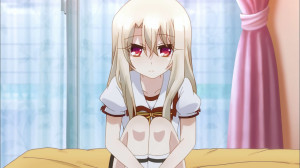 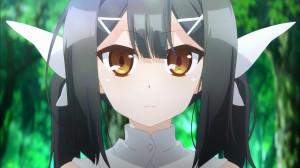 This episode pretty well served its purpose in setting up the next confrontation. A lot of elements were similar from the previous episodes. Kuro won’t divulge much information about herself, Illya keeps pushing Kuro away and this time the status quo was shattered. This time I think Rin and Luvia helped push things further since they talked more about the cards and the focus was a bit more about the future. The answers Illya had to the question posed definitely wasn’t what Kuro wanted to hear.

I think on Illya’s side I get that she’s uncomfortable. Someone who looks like you pops up and suddenly that normal life of yours undergoes a shift. Kuro by her presence was making a place for herself. I can see Illya being worried because of the qualities in Kuro that can get people to like her. A kind of fear that she could be replaced by this new person.

Of course at the same time Illya didn’t think about what she was saying. She often talked about the selfishness of Kuro and yet many of her own thoughts were selfishly stated. Her normal life was the top priority to Illya. Not considering that her life hadn’t been normal since she met Miyu, Rin, Luvia, Ruby, Sapphire, etc. So were they included in her desire to be separated from the darkness of the magical society she was stepping into? Maybe not on the surface, but it could be inferred. Certainly her words seemed to imply she wanted Kuro gone. Something she’d more or less stated numerous times. Early on prefering Kuro locked away and out of sight rather than being at school. 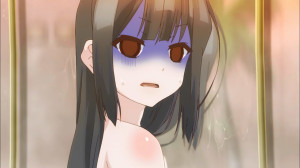 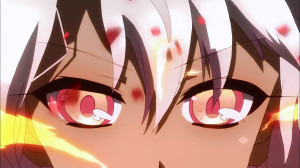 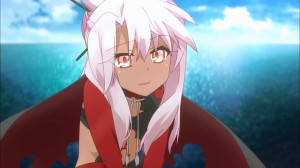 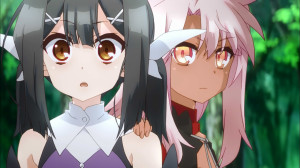 Although you can hardly paint Kuro as a completely innocent party here. Her first action after showing up was trying to murder Illya. That’s not exactly going to make the best first impression. I can understand Illya being rather on edge around someone who has that kind of power and has proven willing to use it in that manner. It also doesn’t help that Kuro has been hesitant to offer deeper truths about herself. She wouldn’t really let people in. At the start I could understand it, but she did have some time to try a bit harder.

Of course you still have to look at how she was treated. Whether it was spending time with Shirou, at school, or Illya’s family showing up for the bath, she was constantly pushed aside by Illya. She wasn’t allowed to reach out to people she may very well consider family considering this connection she has with Illya. Constantly pushed to the side and told often by Illya to go away. And then finally you have the incident at the bath where she hears Illya basically deny everything that isn’t considered part of her ‘normal life.’

Maybe its because Kuro knows what Illya know (presumably), but she doesn’t seem to have faith that coexisting is possible. Is that because she doesn’t feel Illya would ever accept her existence? Is it because of something Kuro knows about her own existence? I don’t know honestly. But as things stand she at least has to accept that possibility or they really won’t be able to get anywhere. 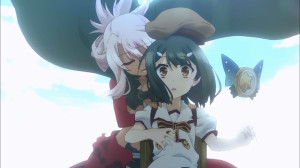 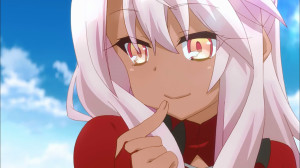 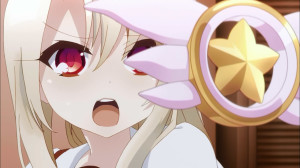 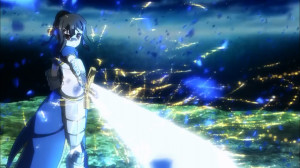 Not surprised that Miyu decided to fight here. Protecting Illya is so important to her. Although she’s in the unique position of possibly understanding Kuro better than anyone else. But despite having that much understanding she’ll still push herself in order to protect Illya’s life. I respect that kind of focus, though I’m sure it’s a bit of a down for Kuro that Miyu did decide to make that stance. She may have talked about being happy for her, but maybe just in the sense that she’s happy that Miyu has that kind of bond with someone that Kuro currently lacks.

So many questions remain with Kuro that I’m hoping Illya’s focus at the end of this episode might get us answers. At least Illya understood part of the reason Kuro was upset and maybe can find the words she was lacking before. May not be that easy though since Kuro isn’t that easy to stop. Well I guess if Illya smacks her own head into a wall enough times that might slow her down XD. 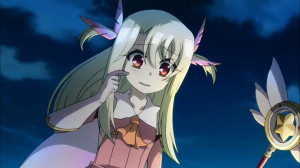 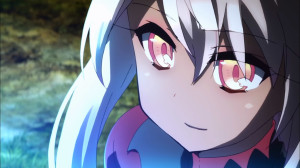 This did a good job setting up the coming fight and getting me excited for what is coming. We are talking about Miyu in Saber mode against Kuro basically in Archer mode. This will be a fun Archer vs Saber match. Of course it’s also insanely dangerous. We saw the damage that Miyu could do against Berserker even if she couldn’t win alone. Illya should hurry up since if it goes long enough either one of them might get killed. Have seen a bit of this fight in the OP so hopefully they go all out for this next episode.
Score: A-