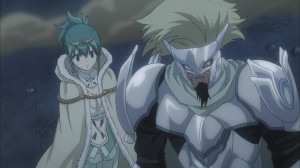 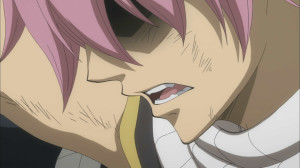 At this point its all about the reveals and filling in the gaps to all the missing links that this latest arc of the series has worked so hard to build. While the reveals don’t lack in execution and even in amount, their impact is another matter entirely.

If you were one of those unlucky souls that saw the preview last week, and didn’t know what was coming, then I both sympathize and empathize as I was pretty much in the same boat. 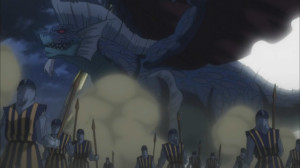 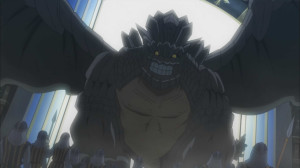 The big twist/reveal this week was that of the Eclipse Gate and what really happened once it opened. There was no big Eclipse Cannon. Instead, the Eclipse Portal actually allows back the very Dragons that everyone’s been trying to defeat.

Its a bad moment for all those involved, and despite Lucy’s warnings, The gate remains open until Seven Dragons make it through. 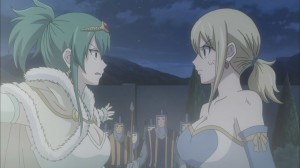 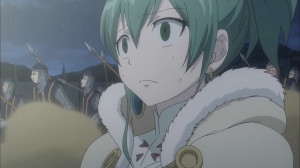 I’d say “Poor Hisui” but honestly, she was pretty easily manipulated by Future Rogue. In the grand scheme of things, her role was more or less to be the authority figure that Rogue wrapped around his finger.

Future Rogue adds yet another power to his arsenal, this time having the power to control Dragons! I’m not sure how this work in terms of power balancing, but its a pretty over powered element to the whole deal. It also begs the question, if Rogue can control Dragons then he pretty much rules the future, why did he come back to the past? 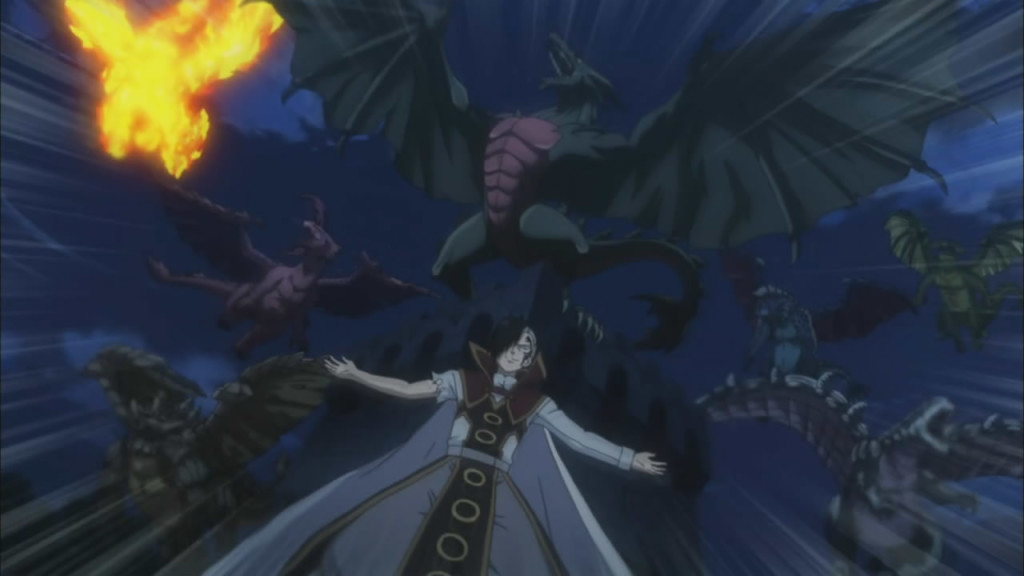 Maybe there’s some limit on how many Dragons he can control at one point, or maybe there’s more to this story of the future than we know so far. Given how little of what Future Rogue said has been true up to this point, I wouldn’t be surprised there’s more to see later.

In contrast to Hisui, Future Lucy leaves a better legacy behind. If the sole purpose of Future Lucy was to die to give the past hope for the future, I’d say it gets accomplished pretty well here. 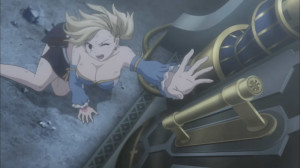 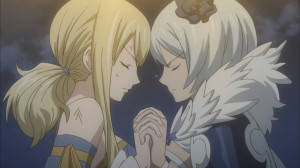 Lucy ends up closing the portal with Yukino’s help, and the moment is pretty darn awesome. It was interesting to learn that Eclipse is actually a combination of Zeref’s dark magic and Celestial Magic. Makes sense that all 12 Gates would be required to close the gate back up again.

I will say that I was a bit let down with the reason behind Lucy’s “premonition/trance”. There wasn’t something deeper at play, just that one of her Celestial Spirits, Crux The Southern Cross no less, ends up analyzing Eclipse and warning her in the nick of time. 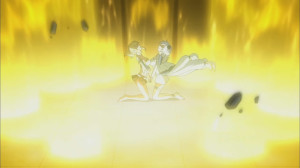 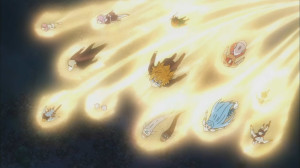 In many ways it felt like a bit of a cop out. Sure, the awesome moment of Lucy basically saving the day from turning to total disaster was awesome, but given how much of a build up there was to Lucy being the one to close the portal, the reasons behind it were kind of lackluster.

Its probably because of Future Lucy’s interference that the rest of the Dragons don’t make it through the portal, and that Natsu probably gets to live, since his ultimate fate is to die at the hands of a Dragon. 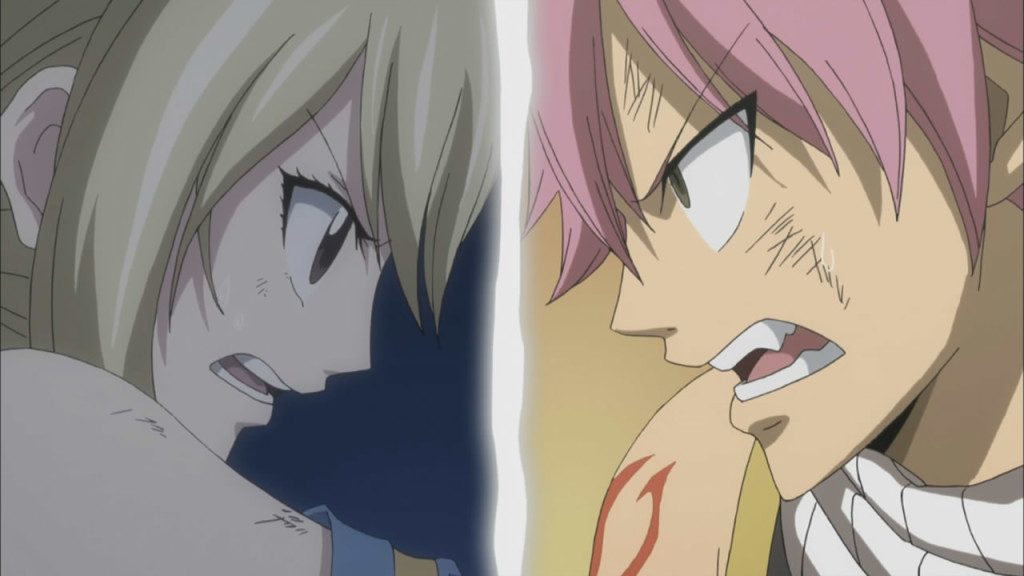 The highlight moment of the episode though, was seeing Natsu and Lucy both getting back up on their feet because of the promise they made to future Lucy.

Everyone else pretty much just got into their respective groups to take on one of the seven dragons that came through portal. 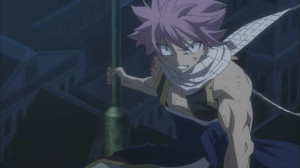 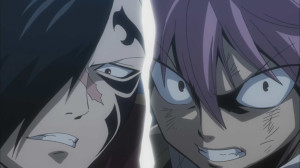 The episode ends with a recovered Natsu running into Future Rogue, ready to rumble. I’d say I’m pretty ready for round two. 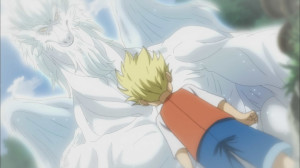 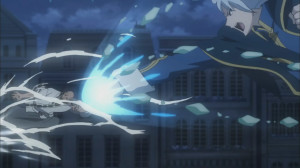 Seems like next week we’ll see the Dragon Slayers spring into action, and also learn about Sting’s past?