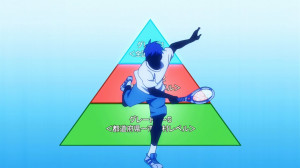 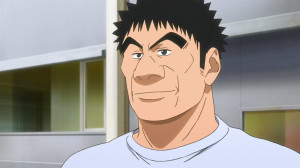 So the path to becoming a pro has finally begun. It was certainly like Maruo to take his time looking at his options and putting some real thought into it. You could see the interest in tennis just consuming him up to this point so it’s not a surprise he really has considered going for it. Might say his progress in the tournament going as far as it did was necessary in order to make him consider the possibility and others to suggest it. Playing against guys who were aiming to go pro like Araya and ones who were more uncertain just helped change his mindset.

The tough road begins here. While he’s made some incredible progress, he still needs to continue it. Getting to the best 4 of this tournament isn’t enough if he wants to make his aim and go pro. He needs now to not only be able to compete with the best around him, but surpass all of them. If he can’t beat guys like Araya he has little hope. 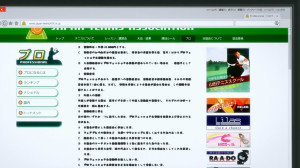 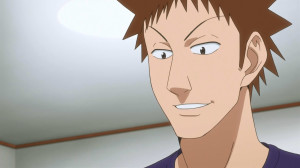 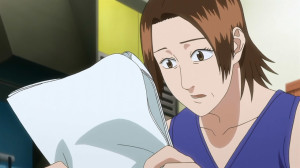 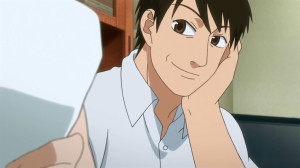 I liked the little scene with him and Kageyama. The focus has been heavily on Maruo during the last tournament and it’s a good chance to just remind ourselves that they are friends. Both suggestions made sense when it came down to it. It’s entirely possible that Ei-chan could just continue down a more normal path and keep tennis as a hobby. It’s possible to remain happy in that situation. Of course it’s also an exciting proposition to see how far Ei-chan can go and if he can reach his goal. A friend going pro would be a huge accomplishment.

But the hard part was convincing his parents…specifically his mother about doing it. I can understand the surprise and the resistance of course. I don’t think his parents have really been following his tennis focus this whole time. Kind of a random thing to suddenly see him being so determined on something like that. Of course that’s somewhat on both parties for not inviting her to go watch and her for not asking if she can watch. But even if she has believed he’d follow this normal path it’s still necessary to really listen and take in that he wants to do this.

I’m glad his father backed him up on it. He is taking a serious risk here and putting a heavy burden on himself with those conditions. In reality he probably shouldn’t have to win that tournament to be capable of going pro, but he’s doing that to show his determination here. Now the hard part really begins. 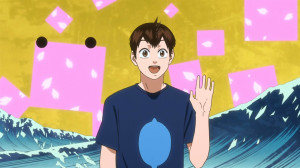 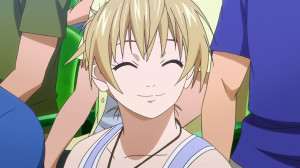 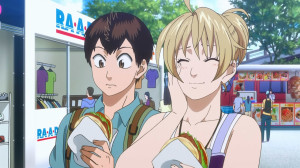 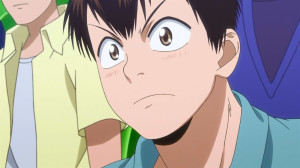 If I can appreciate the existence of Ike Souji for anything it was this little Maruo and Natsu date. You might say that Natsu didn’t intend it that way, but looking at her behavior after somehow I doubt it XD. Considering he was the only person she invited to go see it with her that pretty well seals it. A good time for the both of them and a chance to see some pretty good tennis there.

Not surprising but Ike ended up being connected to her initial desire to go pro. A childhood friend she introduced to the game who just rocketed right past her and has already gone pro by this point. Can get the initial motivation being to catch up to that person. Of course she pretty clearly explained why that was no longer her real motivation. Probably a combination of seeing Maruo working so hard making her want to reach that level for her own sake and also becoming interested in Maruo. Thus losing whatever she might have had pulling her towards Ike. It was a good declaration for the both of them.

A good laugh that it tied right into Takuma ‘having some words’ with Maruo after Ike showed up XD. Not exactly a secret, but that made pretty clear to the STC what may be going on here. It should be fun to see how far Ei-chan can go against Ike in this practice match. Of course he’ll get obliterated, this guy is a pro after all. But if he can gain some knowledge of what point he has to aim for that may help quite a bit. 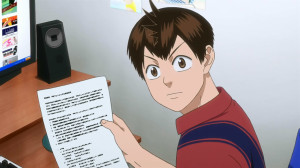 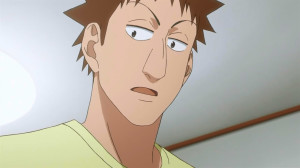 The one change that stood out was Ei-chan heading back to Kageyama in order to put his proposal materials together. Not a really essential scene, but one that helps the flow a bit better than him suddenly jumping into his “I’m going pro” parental proposal.

The only other point is how the changes have tied together. It’s less a thing for Ei-chan’s mother to regret letting him play tennis this time around. Since originally she actually made him use the free lesson at the STC and this time it was something he picked up himself. 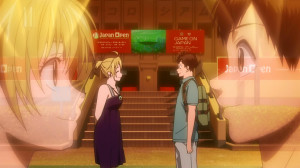 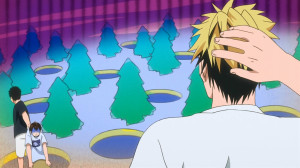 A pretty good episode overall. Now the story can move into the next phase with Maruo seriously taking on this challenge of going pro. Should be interesting to see how the coaching staff takes this on since he has a long way to go to fully catch up. He needs to improve a lot, win a lot, and get some points so he can just compete in the All Japan Junior.
Score: A