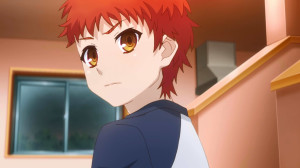 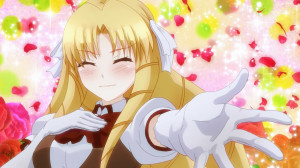 I’m not sure whether to say the Shirou harem has finally hit Illya’s show or that the Kuro harem has finally hit XD. This was a bit of an aftermath episode after dealing with that showdown against Kuro last week. Naturally the key was trying to get to the truth of the matter, but it wasn’t that simple. The same goes for Miyu who we got some more information on, but information that only hits at a bigger mystery. I can sympathize with Illya somewhat in this episode since things were going pretty crazy there.

In the end Illya’s regular life isn’t going to be the same. Not that it was ever really normal after Miyu came into the picture, but Kuro makes it more complex. After all someone who looks like Illya is going around kissing her friends and teachers…that’s going to make things complicated. Though the misunderstanding of sorts was cleared up, it doesn’t mean that things are going to be simple. This event has allowed Kuro to stick herself into Illya’s normal life. That moves her from just a strange mystery and threat, to a person. 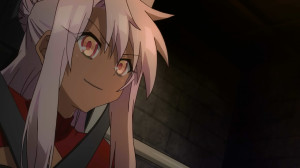 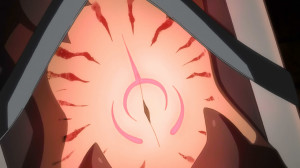 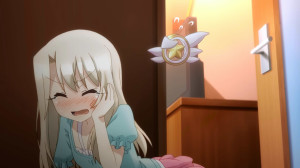 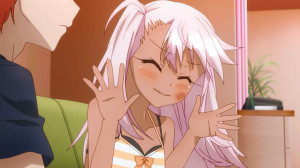 The method of restraining Kuro’s actions is pretty effective. Certainly saw the comedic possibilities there, although certainly it’d be unsettling to be on the receiving end of that curse. Certainly if that thing can live up to its billing it makes it pretty well impossible for Kuro to kill Illya, unless of course she has a suicidal streak we’ve missed. Even in Illya’s weakened state she should be relatively safe now. Goes to show this is still a universe with some pretty solid magic that shouldn’t be underestimated.

I guess the question remains who/what is Kuro. She stated that she was Illya and the only purpose she’s admitted to right now is killing the Illya we know. At this point Kuro has played things off pretty calmly so its hard to tell how much more there is to what she’s admitted to. At the very least she doesn’t seem interested in hurting the rest of the group outside what is needed to keep them out of her way and certainly seems to have her own personality. We know she must have come from Illya in some way when considering her knowledge and when we first met her. Too many mysteries right now though. 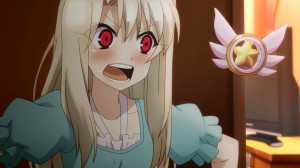 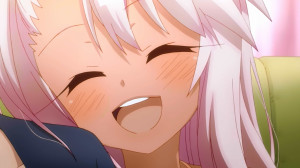 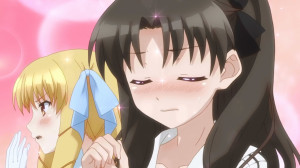 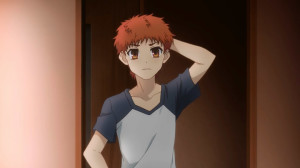 Also some mysteries about what is up with Shirou. For a guy who’s barely been around in this series he’s seemed to amass his own harem situation. I suppose no surprise for Shirou though. It was pretty hilarious to see Rin and Luvia burst onto the scene and suddenly things go into shoujo mode there. What have those two been doing in their spare time XD? Well I guess they both needed to attend classes until they were allowed to return and…well things happened.

It does make the whole situation for Illya all the more hilarious though. I mean she has to worry about her standard relationship getting in the way, Kuro, Luvia, Rin…and Miyu!? This did make you think about the mystery surrounding Miyu and how little we know about her. I suppose it’s not beyond belief she’d have a brother like Shiro, but it does make the connection between her and Illya all the more intriguing.

And of course we have to consider Kuro. Could her whole angle be to erase Illya, take her place and actually go for Shirou? Either way she was definitely being a lot more forward than we’ve seen Illya herself be willing to go. Certainly an enemy I can understand Illya being worried about since she could only stop her by actually injuring herself. Kind of a mixed bag in terms of effectiveness since she does suffer the consequences. 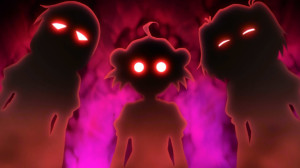 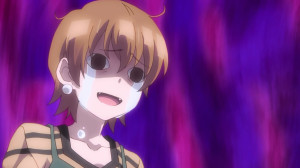 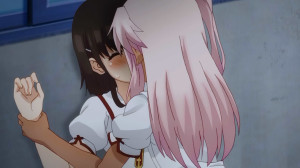 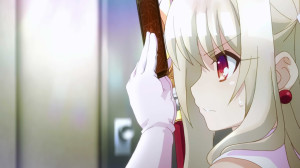 The incident at school was both hilarious and telling about where things stand. Naturally Illya is rather worried about her normal lifestyle getting messed up by these events. And yet you could see there was serious frustration on Kuro’s side as well. Normally you would think about the original person who is going through difficulties and yet the second one has their own worries. Having all the blame sent her way and treated like an inconvenient existence that should be locked up. Of course she has been trying to kill Illya so sympathy can only go so far. Situation seems complicated.

Either way normal life for Illya has gotten more interesting. Now gaining a reputation for cosplay and of course Kuro revealing herself to the school. Kuro did a pretty smooth job in calming the situation down and explaining her identity and presence there. Though the legend of the kiss assault will never be forgotten. 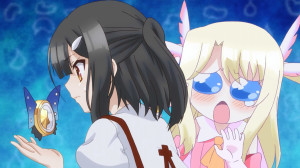 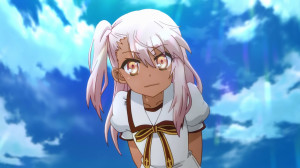 This was a pretty entertaining episode. The comedy was handled well and things continue to get more interesting when it comes to Kuro. Have to wonder what she’ll do from here on out. Hard to say since we’re not 100% sure about her motivations for targeting Illya. Wanting to replace her doesn’t seem to really cover the whole story. Still, this was a good follow up from last week and it should be fun to see where things go from here.
Score: A-