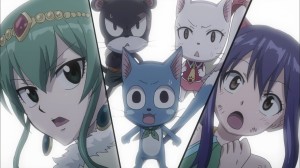 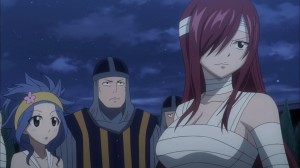 We’re inching closer to the end game, one small step at a time. This episode largely served to set things up for the final battle of this arc. Its hard to fault the series for setting up the story, as Fairy Tail has traditionally always had a few setup episodes before things really get under way.

In many ways this episode felt like we got back the Fairy Tail of old, the one that has been a joy to write about for more than a hundred and fifty episodes. Its just genuinely exciting to wonder about what happens next, and that’s something that we’ve only seen in spades so far. 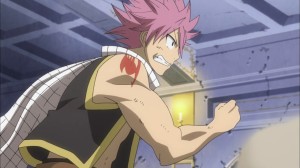 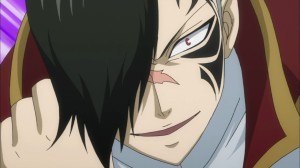 The first major order of business was the intial skirmish between Rogue and Natsu. This went about well as expected for Natsu, with him being horribly dominated by Rogue after a little exchange of blows.

Still, while it was the traditional “battle where the hero loses to the villain before the main event” battle, there were some nice surprises in there. The first, was Natsu unleashing Lightning Fire Dragon mode out of nowhere. 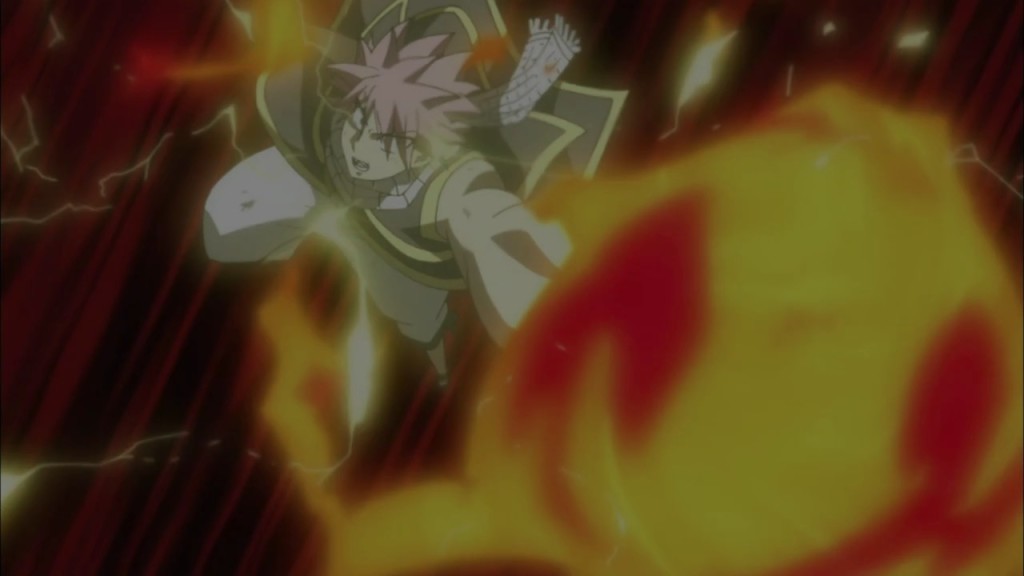 I’m not quite sure how that happened. Did he just have that in reserve from the battle with Grimoire Heart? Or can he just use that mode whenever now? If the latter is true, well then Natsu powered up quite a bit. That, or it could be his second origin too?

The idea of combination elements for Dragon Slayers is a pretty sweet idea, and its put to full effect when we see what Rogue has up his sleeve. It turns out that future Rogue has both the Dark and Light attributes (much like I had suspected). 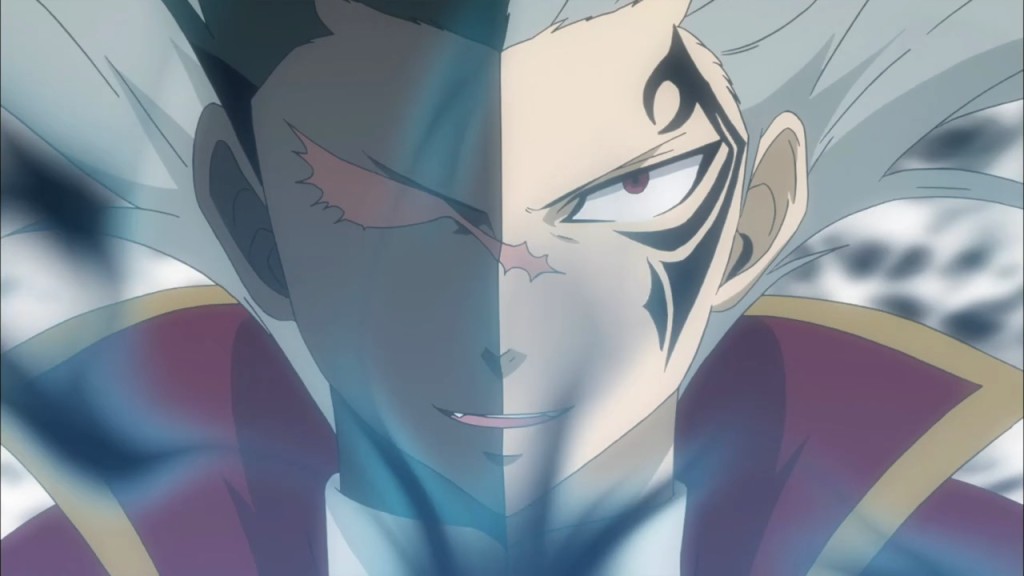 So in the future Rogue ends up killing his friend Sting and taking his power for himself? I suspected it, but its still chilling to learn. Man, Rogue really went down a dark path in the future. In some ways, it seems like one of the reasons that Rogue become the villain of this arc was so he could have this crazy power up and back story.

And Its not hard to agree with Natsu on the fact that Rogue just reeks of evil. Its getting more and more obvious that Rogue’s best interests don’t lie with preserving the future of helping humanity. 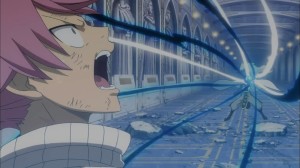 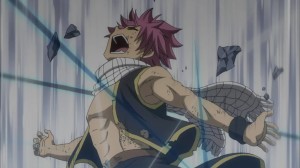 With Natsu losing his fight with Rogue, as he unleashes both the Shadow and Light powers together, he’s barely saved by Ultear, only to sink into the shadows. 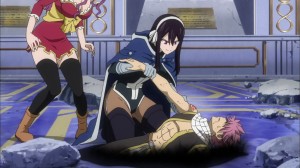 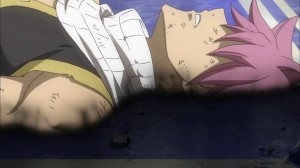 Since Natsu sank into the shadows this episode, it means that the other people haven’t died in said shadows. Which means… The Garou Knights (Got it right this time!) are still alive! ….Yay?

Beyond the big battle, most of the episode focused on people gathering in the places they needed to be. The King/Pumpkin Head gathered all the guilds to mount a defence against the Dragons. And of course, we get EVERY character that has a seiyuu to utter a line. XD 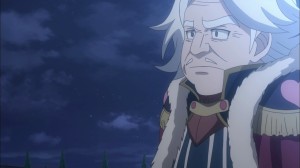 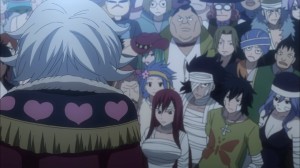 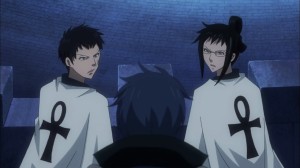 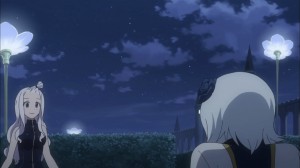 Mirajane goes and finds Yukino. Jellal ends up going to Dragonbalt and Lahar and asking for a “Favor”, whatever that is XD.

Lucy meanwhile joins up with Hisui and lands in front of the Eclipse Gate. You’d think bringing the one person who’s fated to close the Eclipse Gate close to it isn’t a good idea, but we’ll just go with it. 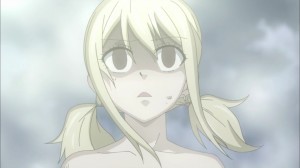 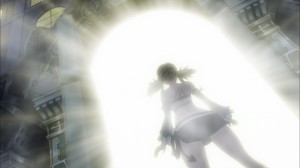 In any case, the “predetermined” happens, and Lucy falls into a trance, and starts talking about how the Gate can’t be opened. Now the question is, is Lucy right to close the gate?

My guess is probably yes. Given that Future Rogue seems to not be in the right in any case, I’m good with distrusting anything the guy has said so far.

The episode ending with Lucy heading towards an open Eclipse was a terrific cliffhanger. One that truly gets the blood pumping for the next episode.

Also… if there’s a preview you want to really avoid, its probably this week’s preview. If you’re not a manga reader, and are excited for next week, I’d highly recommend avoiding it, because it clues you in to something that you’d think would be a surprise. 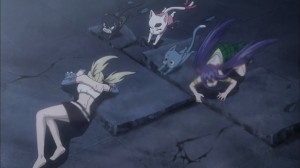 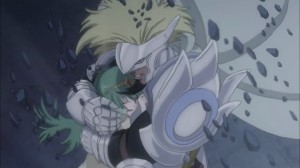 Hopefully you avoided this preview, if not, well I tried my best to keep the screenshots as unspoilery as possible XD. See you next week!