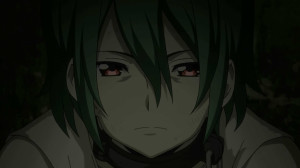 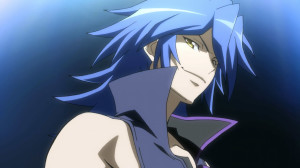 Can’t say I expected them to drag out the last few of the Designer Children being converted into Planetary Gear members. This episode had yet another character who could have been brought to the other side but held out. Kind of makes me feel worse for the ones already turned since they didn’t even get this much of a chance to keep their individuality.

I did find Baku to be an interesting guy. You can see how hard he’s fighting against the pull to the Planetary Gears. He knows there is a connection and if things cross a line the person he is will be lost. Certainly makes him a whole lot more sympathetic than a lot of characters. Growing up practically as a slave and then forced to be the modern version of a gladiator. Sure, he’s strong enough to actually get by, but that doesn’t mean it’s a fun life to live either. 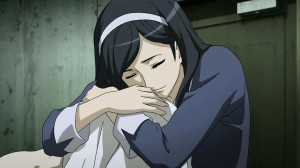 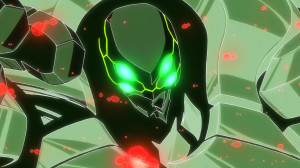 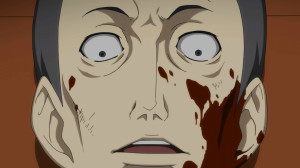 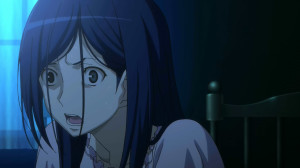 Also have to say that’s remarkably ironic that this guy who’s other personality is this big brawler would turn into an underground fighter… Aside from that silliness, the relationship between Baku and the boss’s daughter who I’m not sure was actually called by a name. Certainly something pulled her towards that guy from the beginning when she just instinctively pointed to him. She clearly does care about the guy and tries to get him the best life she can under the restrictions she’s also living under. Getting him into school and trying to get him out of the fights. I think part of the reason that guy is resisting is because he actually has something to hold onto still. He has a tie that he doesn’t want to lose which he would if he was converted.

What I do wonder about is that girl’s condition. Clearly she’s seriously troubled by bad dreams and apparently dreams of a shipwreck. Normally I’d chalk that up to pure trauma, but there has to be more to it than that. We did just see a guy somehow survive what would normally be a fatal injury. Now that human immortality is being brought into the equation, maybe this girl was an early subject? Who knows what kind of trauma that would lead to. Would make sense as well that her father has serious guilt and perhaps a feeling that she blames him for turning her into whatever she is now. 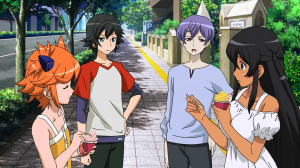 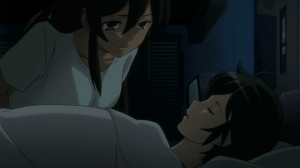 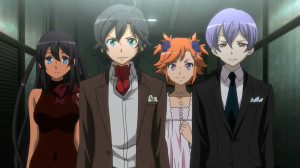 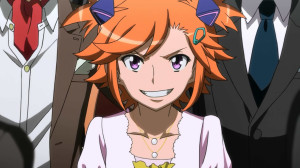 I have to say the Midsummer Knights are getting pure silly. If these people were the only hope for humanity in our world I’d start preparing for the end. All Akari and Hana seem to do is eat. The badass moment Akari had before is really being eroded the more she seems to do nothing but eat and goof off. Eventually she does get involved with bribes and pushing things along, but her character is a bit annoying. She certainly has to take this threat seriously, but it’d be nice to see her just show it. This was an episode where the main cast really didn’t seem to need to be in the episode. You could have just focused on Baku and that would have been fine.

Hana remains a very…bland character. She really isn’t doing anything out there.Now that she isn’t needed to launch Teppei into space she’s literally just Daichi’s love interest and the translator for the squirrel. One certainly has to wonder how this girl views the world just casually going and actually giving Daichi a goodnight kiss without much thought. Pretty much just following his lead and going to sleep once she confirmed he was asleep. I get she’s as much an alien existence as Teppei, but at least he seems to be someone you can relate to. 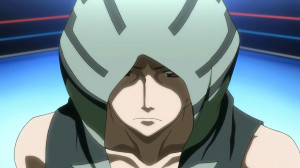 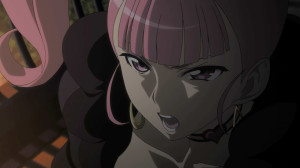 For another episode without any mech action it was a fine episode. I’m starting to wonder if they are having to really space out the big action in order to keep the budget alive and have the rest of the scenes look good in general. Either way it was a good character focus on Baku and he is certainly a likable guy. Seems inevitable that he’ll get caught and turned which would be a shame. Did get a nice little fight between him and Amarok though. Also, have to say this episode had a terrible preview. Asking a question and then pretty much answering it with the visuals…
Score: A-