Beyond just getting a second season, Gargantia is actually getting a free to play web game for both English speaking and Japanese speaking fans today.

The game features a visual novel style adventure game experience with dialogue choices and multiple endings, as well as a 3D flying gameplay where you control the surf kite from the series. The game is free to play, and while its recommended you play in Internet Explorer 11, it actually works in all contemporary browsers (we tested Firefox and Chrome and had a great experience).

Kazuya Murata (director of the anime) supervised the game, while Daishiro Tanimura (the series episode script writer) wrote the story. The game is set in between episodes 5 and 6 of the anime series and features never before seen animated cutscenes.

A press release details the information on the game:

The Internet Explorer team is partnering with Production I.G to bring their Gargantia on the Verdurous Planet series to the web, for the very first time! Gargantia: Sky Courier is a free-to-play web game web which allows fans to explore the gorgeous setting of the Gargantia fleet from the sky! Supervised by Kazuya Murata (村田和也, Gargantia anime series director) with a story written by Taishirou Tanimura (谷村大四郎, Gargantia anime series scriptwriter), fans will get never-before-seen cut-scenes voiced by Gargantia’s original cast, and three different “choose your own adventure” endings in story mode. Players can also select free flight mode and leisurely explore the beautiful world of Gargantia.

In Gargantia: Sky Courier, you play the main character Ledo as he flies in a surf kite around the Gargantia fleet and completes tasks given to him by his friends. While playing the game, you can experience the stunning graphics and hand drawn detail that characterizes Production I.G’s anime. 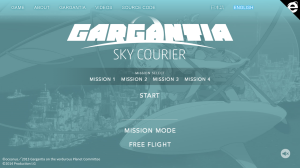 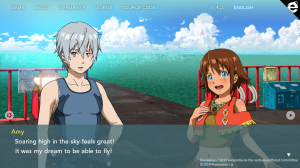 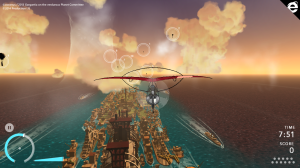 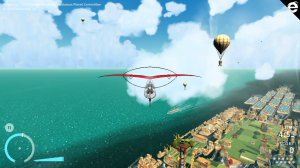 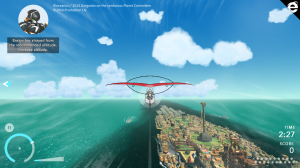 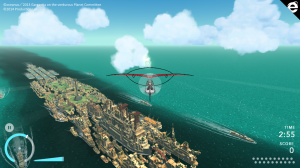 The trailer for the game can be viewed below:

A video detailing both the game and its development can be viewed below:

Finally, you should be able to play the game, which is already live, at the Official website: http://fly.gargantia.jp/

This all seems pretty interesting. Internet Explorer is definitely making some truly interesting PR moves, and this investment in Anime and Free to play games is definitely a step in the right direction. The fact that Production I.G itself is also participating, along with the seiyuu from the series means that this is all serious business.

What do you think? Have you played the game? Did you find it to be fun and true to the anime franchise? Let us know in the comments!