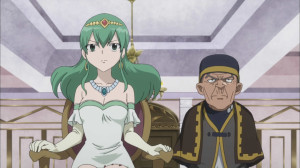 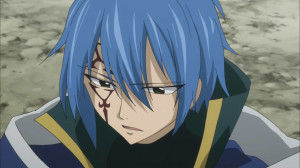 Is it simply fated for every shounen series to eventually slow down and lose steam as it gets closer and closer to its source material manga? Its a question that I’ve often wondered, and one that seems to have more and more of a “yes” answer to it. Fairy Tail is the latest series to succumb to the pressure of avoiding catching up to its source material. Even with a year’s hiatus, the prevailing feeling from these last few episodes of Fairy Tail, and even more so this week, is a sense of wanting to delay the inevitable.

Indeed, while this week’s episode had some good moments, it more or less felt like useless recaps, retreading of the same old plot points and needless filler dialogue was what occupied the bulk of the episode. Its a sad day when I feel like I’m watching something along the lines of Naruto and DBZ at their worst in terms of pacing. 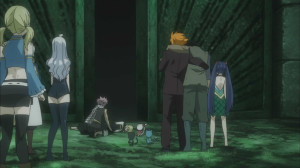 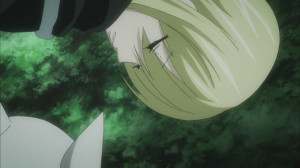 Clearly, the best bits of the episode were at the end, when we finally got to focus on Kagura and Erza’s battle. I’ll get to that in a minute, but first there’s more whining to be done about what I didn’t need to see XD

Seriously though, ti was surprising that we started out the episode focused on Future Lucy, and yet nothing out of any of the conversations told us anything new. Jellal cryptically talked about what we already knew, that something bad was coming in the future, and that he much like Hisui, didn’t really believe it. Hisui pretty much repeated the same conversation she had with the bald adviser dude from last episode, offering us no new information and talking in cryptic phrases herself. 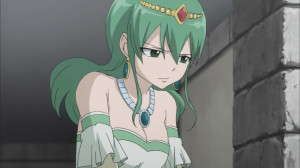 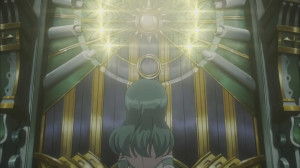 The one interesting thing we did learn was that she already was able to open the Eclipse door herself using the keys. Is Hisui also a celestial mage? Seems like it, and that makes me wonder why Lucy and Yukino were even needed? That just renders the whole Lucy’s powers are needed plot thread moot. It was all about her keys in the end. I’m all for hearing more about the future and what exactly is going to happen, but the series seems too intent on keeping its cards close to its chest, and because of this, I’m starting to lose interest.

The recap and commentary of Erza and Kagura and Minerva was also very grating. Yes, its a big deal and an interesting battle, but being TOLD that instead of actually seeing more of the battle is less interesting. 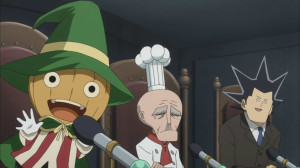 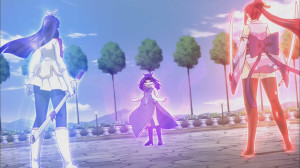 And for an episode that’s titled “Erza versus Kagura”, there’s surprising little of that in the actual episode. We get some setup for the future Magic Games fights, and they look to be interesting.We’ve got Gajeel versus Rogue and there’s Laxus versus Sabertooth’s Lightning god slayer. And Then there’s of course, Sting sitting by himself acting as if he planned the whole thing. 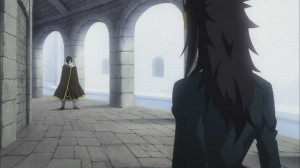 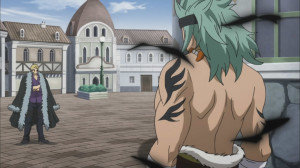 I’m not convinced that Sting is actually capable of strategy, but that would make him a nice contrast to Natsu, who’s all brawns and rushing in without thinking.

The big thing though, and one that was most needed, was the whole Jellal flashback. It seemed like a true waste of animation budget, as it was mostly all new scenes, but it retreaded the same old content we’d seen in the last series. 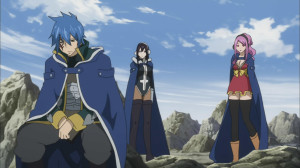 It was a complete waste of time and energy of the production staff, and also made the whole episode itself feel underwhelming. That said, the little bit at the end perked up interested again, as Jellal started to talk about something wrong with Future Lucy’s story.

What story? We know not, as exactly what Future Lucy has told both Hisui and Jellal is still pretty much unknown to us.

Things got a bit more interesting as we got back to the big battle. Kagura and Erza ended up pitted against each other, as Minerva decided she didn’t want to fight them both at once afteralll. Wait… What? Alright then, the whole Minerva scene seems like a waste of time too. I mean, Minerva would’ve been fine watching from the sidelines as Erza and Kagura finished each other off. The only purpose Minerva’s arrival really had, was to get Kagura angrier and lead into her back story. 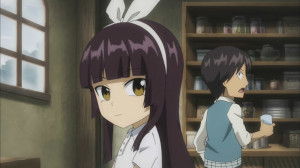 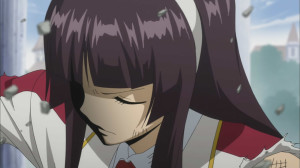 The big reveal of the week was Kagura’s identity and past. Kagura was actually Simon’s younger sister. Maan, I’m getting quite tired of everything leading back to the Tower of Heaven, but I suppose I was quite surprised with the notion of Kagura’s identity. It made sense to have her hate Jellal so much, and it also made sense that she brought Milliana into her own darkness.

I had to agree with Erza, that Kagura’s own hate was consuming not only her, but she was bringing Milliana into it too. That said, I didn’t appreciate the big flashback of Simon’s death. As much as the series keeps telling me this was an important moment for the series and its characters, its really not that impressive. If anything, I was never a big fan of Simon as a character, and his only real defining achievement was acting as shield for Erza. 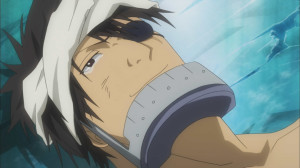 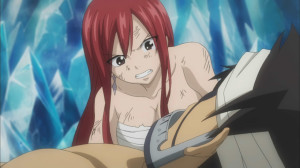 Its not Simon’s fault, he was simply just not developed enough, nor was there a need to do so so. Simon gave an air of tragedy to the resolution of the Heaven of Tower arc, and also permanently brought a crime to Jellal’s life record.

Erza crying at the end of the episode, and enraging Kagura was beyond stupid… In my opinion. I mean, there’s a girl who’s lost her brother and has been consumed by a lust for vengence, and you tell her: “I actually killed your brother, because of my weakness”. NOT the thing to say, and I feel like Erza’s come farther than the self blame she constantly put on herself. If Natsu did anything in the Tower of Heaven Arc, it was teach her that. 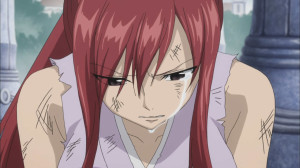 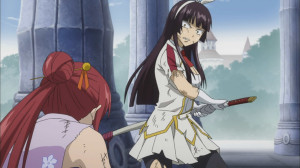 Yet, instead of perhaps, talking about how much of a hero Simon was, and how he put himself in harms way to protect the woman he loved, she talks about her own weakness. In many ways, Jellal had never intended to kill Simon, and it was actually Simon who came forth and protected Erza. This is ALL important information, and as Erza correctly points out, its stuff that Milianna can’t know because she wasn’t there when it happened. 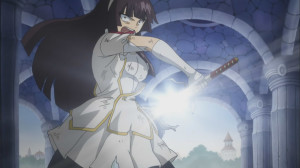 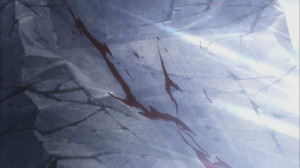 Either way, Kagura gets super friggin pissed and ends up unsheathing the sword that she had been keeping locked exclusively for Jellal. Blood flows, and Natsu and Jellal both sense that something bad just happened. I’m sure the Unsheathing of the sword is one of the events that triggers whatever bad future is about to happen.

Its near the end that the momentum starts building for the story, which unfortunately, the majority of the episode itself broke, only to build it up again in the end. That’s really the problem. While there are some stand out moments, mostly. the sum of the parts, the whole… That’s what’s not entirely all that satisfying. 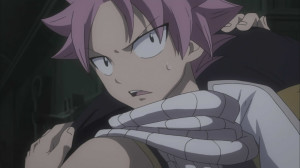 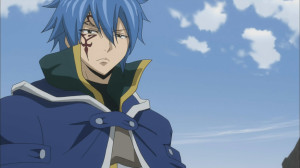 I’ve heard from a few comments in the comments section of each post that this arc is actually pretty weak in the manga as well, and while it might be, the growing trend of Fairy Tail following in the footsteps of other shounen series like Naruto and One Piece, and empolying story delaying tactics, is what’s got me bothered and worried. I just wish the story would sharpen its focus, and deal with one plot thread properly.

Here’s hoping that momentum built at the end of this episode is continued next week! 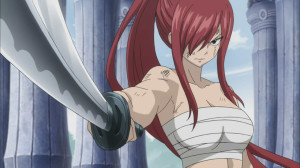 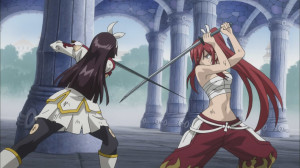 Seems like Erza and Kagura actually continue their battle proper in the episode. See you all next week.