The World is Still Beautiful – 05 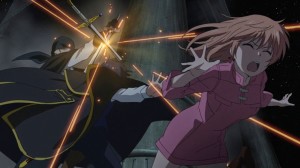 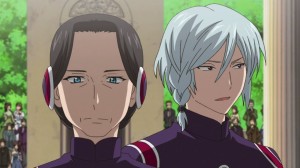 One of the greatest features of the Anime Industry is how much of a variety of shows there are. Shows that fit varying tastes, genres and moods. If there was one specific way I’d like to describe The World Is Still Beautiful, I’d say its the ultimate feel good show. In many ways the show continues to surprise me, both via its story and characters. This was definitely the case in both episodes 5 and then the one off story of episode 6.

I think the thing that makes me love this show much is how its characters are not only likeable characters that continue to work through their own issues but those of the characters around them. There’s something especially likeable about a young queen and king that not only love each other and conquer all, but win over everyone too.

Episode 5 saw the end of the whole Engagement Ring issue and the fiasco with the Brotherhood of Preisthood. It was also another example of that “pleasantly surprising” quality that this show has.

For one thing, I totally didn’t expect Livi to go himself and rescue Nike. I had pegged Livi as a character that was all brains and needed to be protected by the capable people he surrounds himself with. Yet, here, he basically braved dangers and an assassination to save Nike from certain doom. Despite his rather small physique, Livi rushed to protect the girl he cared about, and well… If you were a Livi hater till this point, this must have changed your opinions of him a bit XD

Following the rescue, what I loved was the exchange between Livi and Nike. When Nike questioned whether Livi trusted her or not, the response was pretty nice, even if it was cut off half way. I liked how it was more about how much Livi understood his enemies and how little they played fair, rather than his faith in Nike.

Its not even questionable that if the Trial was everything that had been advertised on the box that Nike would’ve easily completed it. Of course, as Livi quite rightfully points out, its more like the trial is used as a way to assassinate any potential princess that the Church deems unworthy of its state. Its a rather sick and twisted practice, and the fact that Livi and Nike use their marriage as a way to combat and outlaw that practice is all the more admirable.

Of course, when the time came to confront Rani and the Preisthood in front of the people, no one can really outwit Livi and his plans. He obviously has them reveal their own assassination attempt, but the fact that Nike uses this chance to forgive them and win them over to her side is what really works.

Its a bit of a fantasy to think that evil people would change their ways after being forgiven, but in a way, this show’s universe doesn’t seem to have any villains, just people who need to be connected with. In that way, much like I suggested in my episode 4 post, I don’t thin Rani was a true villain.

That said, him getting socked a good one in the face via Nike’s fist was pretty nice to see XD He deserved at least that much.

Once Nike forgives him though, she makes the arguably right choice, especially since its better to have people accept the engagement rather than have resentment brew because of it. Added to that, Livi makes the most King like statement he can, and pretty much opens up the Priesthood’s fate to themselves. A religion can thrive if it wants to, its all up to its scholars and priests and how they behave. Pretty fair I’d say.