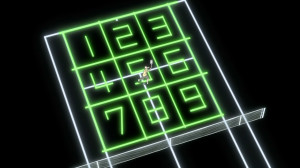 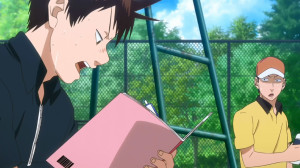 This was a good episode covering the gap between Ei-chan starting to work on his control game and a return to the familiar tournament we saw a few episodes ago. I’ll cover the details more in the changes section, but this was definitely the episode with the most re-arranging and changes that we’ve seen so far and it probably served the series better doing it this way.

It certainly is clear as day how focused Ei-chan is on tennis right now. What started as a method of exercise is becoming his world fairly quickly. Pretty much everything non-tennis is falling to the side more and more. While clearly he’s still near the top of his class because of how he takes his notes its clear that Ei-chan isn’t the top student any longer. Can hardly manage that really when he’s trying to pour as much time in to tennis as possible and giving up on cram schools. 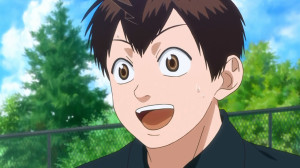 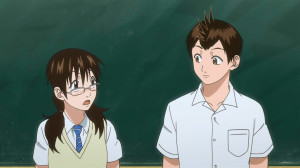 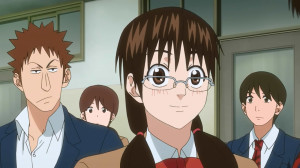 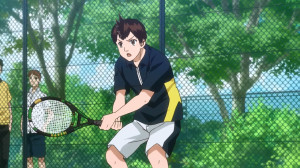 While the episode pretty well took place over close to a year it did spend a good time at key points. We can see how Ei-chan has changed from the start of the episode. And really they needed this kind of time gap in order to make him a more legitimate threat in any given tournament. The series is much more realistic in its focus so they had to do this. Now whatever Ei-chan does in this tournament it should have some more weight to it. Of course he’s playing against people who have been in tennis for years so his growth is still fantastic, but we get to see why it exists. A guy who has worked himself to the bone and has that strong vision.

Of course making progress isn’t easy. Ei-chan is still a non-seeded player and there is no getting around that. He can get by on the early matches but once he goes up against someone seeded the difficulty level does spike and its hard to win. But really there’s no moving forward in that sport until he can get past the seeded players.

Another focus was on Sasaki, the girl who seemed to be the class vice-president or something. Not hard to see that girl’s interest in Maruo either. Which isn’t too surprising since they were both pretty academic. And I’m sure becoming more physically fit isn’t hurting Ei-chan either XD. Seems to be a bit of a triangle situation going on there though with that girl interested in Maruo and Kageyama showing some interest in her in turn. Not sure I’d proclaim her Natsu’s rival, but she did have some scenes here. 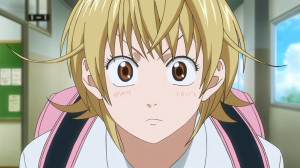 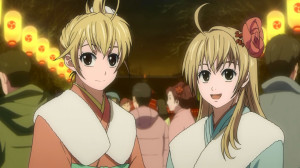 Speaking of Natsu the episode was pretty good on giving her focus here and there. The whole name calling scene was fun. You can definitely see the interest she’s showing in Ei-chan and how pleased she was that he called her by that nickname. While its something most people in the tennis club call her it does have a different feeling when coming from someone like Ei-chan. A spark of mutual interest in play there. And really the whole “it’s confusing” moment was a cute scene. Mostly I feel there was just some annoyance since she’s calling him by nickname and he’s bouncing back and forth. That and I just think she likes the nickname more XD.

The festival scene was enjoyable too. Props to Kageyama who is trying to push his friend into pursuing a girl he’s interested in. Then of course came the headbutt of fate XD. Probably a bit of worry from Ei-chan when Natsu said “we” since she certainly might have had a date. But just with her sister and was a good chance to meet her. Good to have someone to put some pressure on Natsu to hint at her feelings a bit. Someone that can embarrass Natsu a bit is worth praising. 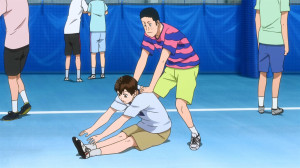 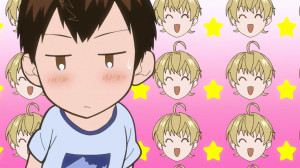 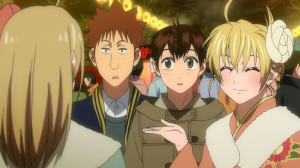 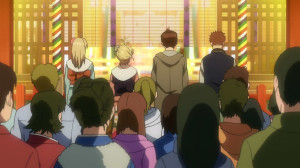 Really the changes section is where I really wanted to jump into this episode a bit. There was certainly some additions made that wasn’t in the material from what I remember, but also some rearranging to fit things in chronological order. There were times in the manga where they would insert chapter-long side-stories that took place at earlier times in the series. Something that was a good story, but wasn’t thought of at the time. So if they are going to insert those as we go I’m all for it since it does make sense.

The big scene of that nature was going from Takasaki-san to Nat-chan. Something that pretty much just happened in the original series without any real note being made of it. Just something you originally assumed naturally happened after a year of tennis. But they did decide to insert that little story here and I approve. It helps reflect their relationship a bit more and shows how suddenly Ei-chan went from last name straight to a nickname.

I enjoyed that part of the episode a lot. You could easily see how much that change meant to Natsu herself. Certainly more than happy at that change in how he addressed her. Really hard not to see in that moment that she’s got her own interest in Ei-chan. Which just shows why she got annoyed when he tried to change how he was addressing her. Happy when it felt like they were getting closer and frustrated when he suddenly rebooted things. Thought it was a pretty funny scene with her walking away and ignoring him. 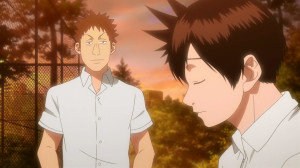 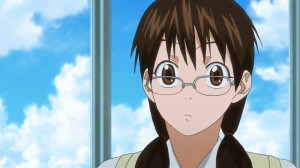 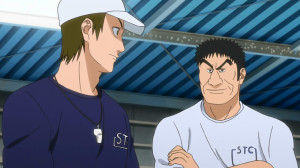 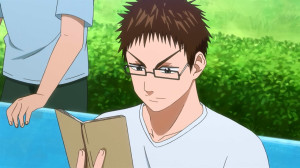 The rest was mostly new material. There was some scenes of him taking place in those matches we saw but it was mostly glossed over. Understandably they really just wanted to get to this tournament and show Ei-chan’s growth as a player. But in hindsight you could really make good use of a year to show various things and they did here.

You got to see Ei-chan slowly dropping on the grades, giving up on cram schools, getting into the same class as Nat-chan etc. It’s a good chance to show how far he’s come and just how much work he’s putting into tennis. His growth makes sense if we just look at what he’s been doing for a year. We can see just how big a goal Takuma and the other top seeds are. It’s a good use of time.

Also a good addition was the whole festival scene. This was also the first chance we got to actually meet Natsu’s sister. She was kind of shown in a scene in the manga, but more referenced by Natsu than anything else. This was a good chance to meet her and of course continue showing the growing mutual feelings here with Natsu and Maruo. 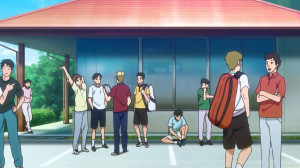 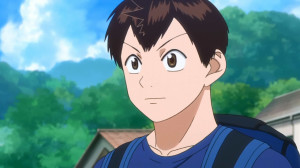 Really this episode was good for the sake of developing Ei-chan a bit and just show how his life is changing. A lot can happen in a year and we’re seeing it here. 20 notebooks just filled with tennis and you get the feeling that will be a drop in the bucket soon enough. While we haven’t gotten into the upcoming big tournament I’m hyped to see it. Right now we’re going in not sure who Ei-chan will be facing but it should be a good episode. At least we won’t have to look far back to be able to compare this run to his last one. How far he’s come since that loss to Oobayashi, that will be something to see.
Score: A