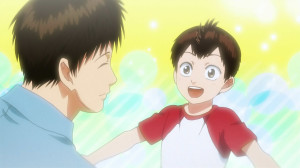 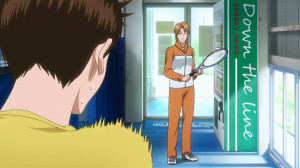 Honestly I’m impressed the series is staying so steady so far. There could be serious temptation to step up the pacing with only so many episodes, but they seem to be taking their time which is comforting in its own way. And hey this episode the MC actually got to hit a ball though clearly we’re still well off from an actual match. For someone completely new to the game obviously has to come in steps.

I will say I wonder about the STC’s recruitment strategy. I mean yeah it’s a trial lesson, but the hallway? Don’t you think it’d be better to put him on some kind of court so that you have a better chance of recruitment? Maybe business is doing so well that they don’t really need to, but that was a bit of a silly moment. 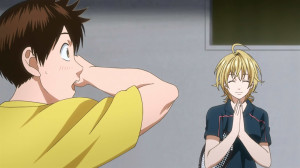 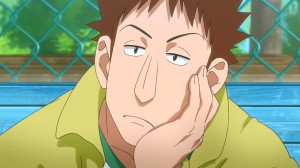 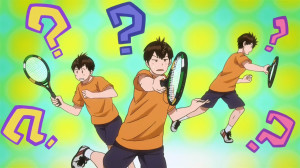 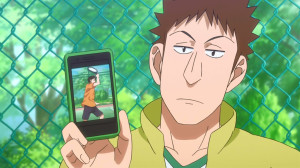 You can definitely tell that Ei-chan is starting to get interested and certainly might all come down to that one moment where he got the feel of a nice return. It does reflect his nature to need to recreate and perfect that moment. At the same time I think if it was anything else he might have just let it be. Certainly doesn’t appear to go around trying to perfect every possible thing he could. But here there was a bit of a spark that at least has him invested enough to spend hours just hitting a ball against the wall trying to find that perfect sensation.

Just as funny to see him actually go into a panic when he actually found it. Using his friend’s phone and going into a blistering note taking episode. It is something how he is using his notes even in an active situation like this. Just a starting point but he is getting down a lot of information about his form there and his hunt to find that success. The search and failure isn’t a whole lot of fun, but apparently it is very much worth it when he gets it right. 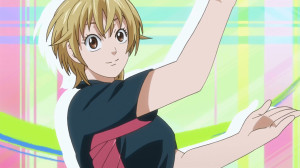 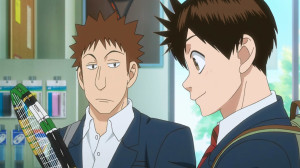 Really I can just understand Kageyama’s entertainment in seeing Ei-chan getting interested in tennis like this. It’s a very step outside the norm and somewhat entertaining to watch. Right now the search for what Ei-chan enjoys the most is what’s pushing him forward. Certainly studying isn’t it and the one thing he can chase is the feeling he has when hitting the ball just right.

In the end, part of the appeal might just be Natsu herself. She’s certainly the kind of person who stands out. Plus seeing someone chasing their dreams with such focus has an impact on those around them. Of course that doesn’t mean she’s the right instructor for Ei-chan either XD. This episode made clear she is very much a person of action and not so much meticulous thought. Her method of instruction on how to return a serve pretty well showed that clearly XD. I like her character since while yeah she’s clearly the girl that has Ei-chan’s attention right now she’s still clearly focusing on her own goals. There’s more going on for her than just the guy she’s become friends with at school. 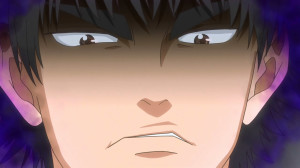 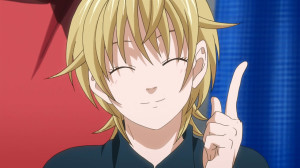 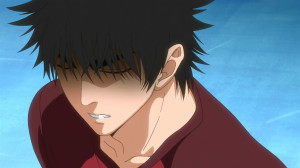 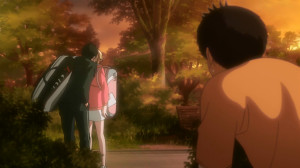 Might as well comment on Takuma who seemed extremely tempted to stomp Ei-chan out of existence there XD. Tied in with that cliffhanger where Ei-chan comes across something I don’t think he expected to see. Will just have to see how that resolves at the start of the next episode.

Certainly clear that this guy has no interest in Ei-chan hanging around Natsu. The jealousy of her giving Ei-chan tips was pretty clear. Luckily it didn’t cross the line of actually hitting our MC with a serve, but it came awfully close. Of course the key person in this equation seemed to be completely unaware of what was going on around her XD. Takuma is definitely going to be someone to watch out for. 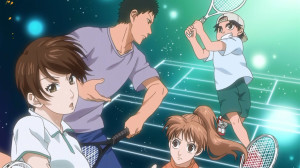 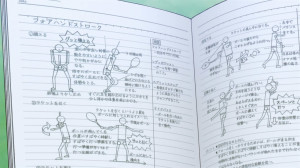 As the series is named it’s been just baby steps so far. They’ve stuck pretty well to the material to this point with only some minor changes. I’m curious to see when/if they do anything drastic, but at least it’s been good so far. It is key for the MC though to take these small steps forward in getting interested in tennis. It also helps for those who have no idea about this sport to take that journey with him. Looking forward to next week.
Score: B+