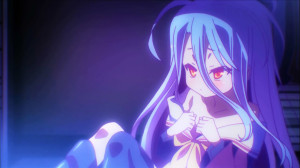 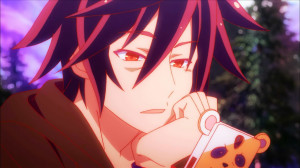 There have just been some series coming out of the Spring Season that impressed me from the start and this is one of them. Certainly a kind of premise I’ve seen before and reminded me of Mondaijitachi in some ways. But at the time it was just a really good first episode. The focus really was on the main characters, but also getting a good understanding of their situation. Honestly I could completely get behind these two not even thinking about going home. For people like them the regular world would have to be unbearable. Getting dropped into a world where games settle everything really is like a dream come true for them.

Honestly it was just a strong episode with an interesting art style. You could really feel how isolated these siblings felt. They just didn’t fit into the world they were living in. Their talents and personalities just clashed too strongly and in the end they were living as NEETs. While they did get surprised by getting pulled into that world, really when reality hit it’s not a bad place for them to be. That world might be dangerous in its own way, but it’s a world they can wrap their heads around. A world where your intelligence and wits are what define you and can take you as far as you are capable of going. 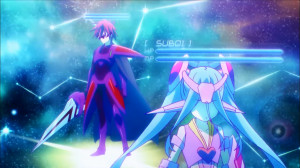 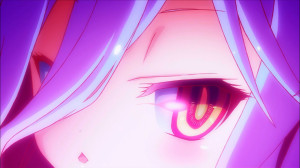 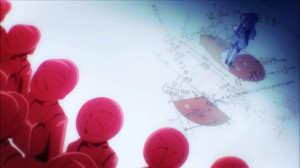 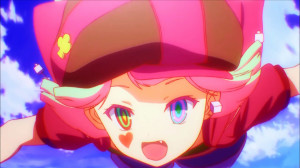 This was a fun episode when you got down to it. The style definitely worked well and made this episode stand out all the more. This god challenging this duo to chess and then taking them to this unique world was pretty fun. Sora’s reaction to them plummeting was pretty hilarious though completely understandable. The rules don’t matter much when you are falling to your death XD. In the end did like the fact that even though it seemed pointless Sora did his best to protect Shiro from the fall.

I think one thing I appreciate most in this first episode was getting a look at the sibling relationship here. In a time when the most common relationship we seem to be getting for siblings in anime is incest…I can appreciate this kind of bond. Both siblings have been through difficult experiences and found a place in online games. You can tell there is a great deal of care between them and certainly a lot of trust. Even when Sora was pretty much betting their lives in order to gain some money there wasn’t any doubt from Shiro. Even after asking if he could beat the cheaters we saw later in the episode she quickly retracted it as a stupid question XD.

Certainly says something that these two named their online persona as just ‘blank’. Maybe just reflects on how empty they felt about the world they were coming from. It was just a crappy game and their existence was pretty well rejected. I do hope that through this series these two find a place where they can just be satisfied and enjoy themselves. I don’t think there is any big lesson for them that will require them going back home. Sure it means not seeing their family (I assume they have one), but really this is the place they belong. 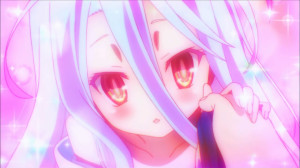 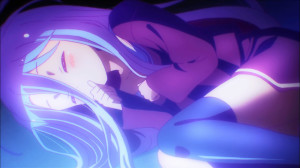 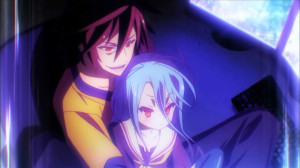 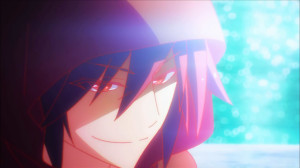 So far I like the two main characters. Sora is an interesting guy. He’s got enough comedy to his actions that I can laugh, but also can be intimidating when he needs to be. Just feels like there is a good balance with this guy and he’s not such a monster that you can’t get behind him.

Shiro…well yeah she’s completely adorable. Very on the same wavelength as her brother. Clearly though this girl isn’t just a cute mascot for the series. We’ve already seen the level of her skill from the chess to examining the gambling we saw later. Seems like she’s a very technical person who can read the odds and break down the math of things. While her brother is suited to reading people and playing off their emotions. A pretty complete pair.

One thing that should be fun in this series is seeing characters skirt around the rules. Being caught cheating is instant loss, but long as you aren’t caught it’s all good. So really the challenge is outwitting your opponent and if that means cheating then you have to do that well enough to not be found out. Adds a level of risk to the game in terms of figuring out what you can get away with and playing within the rules. 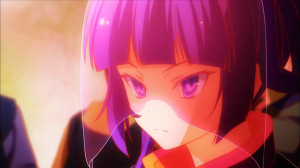 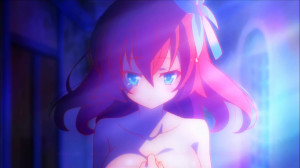 Clearly the granddaughter of the former King will be a key character as well. Seems much more like the moral fiber type for this trio or just the dumb one XD. Someone that is very upfront and very honest. Good qualities all things considered, but maybe not that hepful when your place in the world depends on games and trickery.

What I’m curious about is why Sora told her the other girl was cheating. Obviously she’s not sharp enough to be able to do anything with that information. Was he actually intending for her to approach them or just giving her some friendly advice? Either way the next episode should be interesting as we see the consequences of how the episode ended. 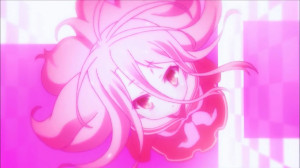 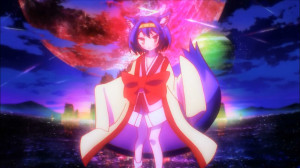 The OP was pretty good. I thought the music was enjoyable and the tempo was quick which I think works well when you are going to start off the episode with it (normally). I thought the visuals were nice and fit with the art style of the series. Certainly seemed to introduce a good deal of the cast we’re likely to see in this series though clearly the focus will remain on the siblings who are the main characters for this show. 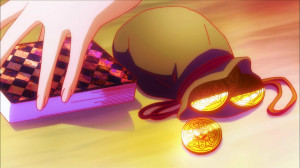 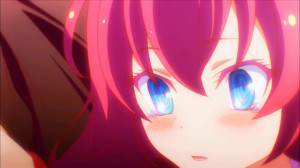 As things stand this was one of the first episodes that really impressed me. Just the overall feel of the episode was strong and it really has me eager to see what will happen next week. Series definitely has me hooked from the start which isn’t a bad thing at all.
Score: A