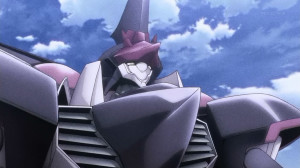 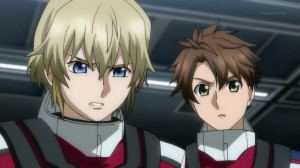 I’ll give the series credit for doing a great job building up quickly towards what should be an impressive final episode. Whether it will actually go split cour is uncertain, but at the very least they’ve done enough in this episode to make it interesting. I didn’t really think a few weeks ago that they had the ability to set everything up to repeat the time loop with one season, but they’ve really ramped the plot development over the past few episodes. I’m now really uncertain where the story could go. They very well could develop the whole time travel business and even handle how the time loop might end.

That is the weak point for me though. I can’t see how this time loop gets resolved in a single episode. As things stand Aoba doesn’t seem to have any idea that this is a time loop situation and for Hina especially. Hina’s situation is pretty complicated right now. She wakes up with amnesia, gets raised into a Zogilia soldier, meets Aoba and apparently goes back in time, saving Aoba and sending him to the future and finally ending up as a child in the near future again. Right now her life is just stuck in this ugly time loop that doesn’t appear to have a clear end to it. Feels like resolving that could take up a whole different season, but who knows. We’ll just have to wait until the next episode to find out one way or the other. 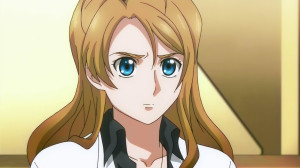 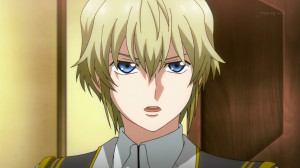 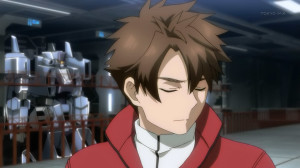 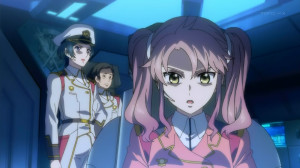 This episode was key for pushing forward character development. Dio and Aoba are now definitely on the same page. Dio certainly has to believe that Aoba came from the past now. And at this point I think he can understand why Hina is such a key focus for him. Feel for Mayuka, but that was a lost battle from the start. At least these two understand each other better and can certainly consider each other friends.

The only question is how things unfold for this duo next episode. It seems likely they’ll have to go out in those first generation units. No point explaining the dangers and consequences if they never get in them again XD. Seems like they can definitely handle it if they are at their best, but the consequences might be what no one can predict. Those units will probably end up creating the time distortion we saw in the first episode that starts everything. The question is whether they just use it to send Hina…and then Bizon to the past or not. I don’t think Aoba would want to leave Dio in a situation where he can’t take part in coupling because his wavelength has distorted, but I can’t imagine he’d want to leave Hina in that situation either. I have a feeling Mayuka’s question before will come up big here. Will Aoba be able to sacrifice the people he’s met in the future to chase after Hina into the past? 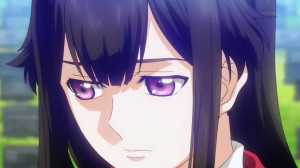 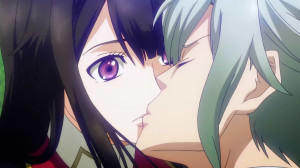 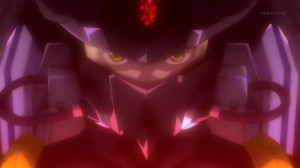 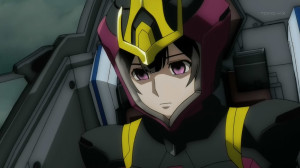 Of course the continued descent of Bizon’s character has been interesting in its own way. Mostly just hilarious to see that he wasn’t that lunatic in the first episode just because of some technology…he was a jerk long before that. They really tried to make sure we didn’t like this guy with the past few episodes. Really pushing his intention to practically own Hina here. Pretty much telling her to shut up and do what he says, forcing that kiss, knocking away her property (sure a gift from another guy but oh well) and completely ignoring or not caring that Hina was brainwashed. I mean seriously how does he not give a damn about that? Just because she’s all up for fighting now it’s fine? Really? Glad to know you really loved and cared about Hina. I think he just wanted a Hina doll. Long as she does whatever he feels she should it’s fine.

And yeah Hina getting messed around with is probably the necessity of finding a way to get her to fight Aoba. Honestly she really hasn’t done that since before the island episode and was more eager to apply for time off. Not surprising on that front either. I could see Hina thinking she needs time to figure herself out and decide who she is and where she wants to be. But instead thanks to the jerk Hahn, Hina will be out there fighting. I’m sure Aoba helping to get her back to normal will be a key part of the episode, aside from the whole business of time travel and time loops. 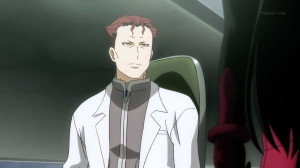 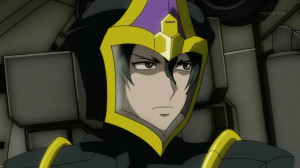 Now we’re moving in the final battle and I’m really not sure how it will work out exactly. It really depends on what they want to do going forward. I just hope they don’t take the weak route of simply repeating the time loop with Hina going back in time and then throwing “the end” over it. Would just be really pointless feeling to go through all that for seemingly nothing. This really comes down to the next episode being great or a bust. A second season isn’t a bad thing, but hard to say if that will happen. Just a case where nothing is certain until the last moments of next week’s episode.
Score: A-