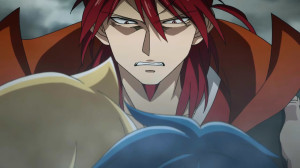 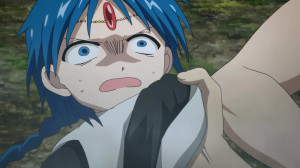 Aladdin is going to have to be ready for a very scary experience…after they manage to avert the end of the world. Kind of hilarious that Kouen is far more terrifying than anything else they had to face in this episode. That guy is focused as can be about finding out everything before he conquers the world and this is the perfect chance to get information he’d never have access to otherwise. Honestly I’m all for it, I’d like a bit of information on Alma Toran. This other world business has suddenly taken the series into a very unusual direction.

It does suck for Aladdin, but now they do have a powerful ally on their side. One thing I think Kouen has over Sinbad is the fact that he has an army of metal vessel users on his side. Seems like the complete opposite is going on with Sinbad where he has the crazy amount of vessels and everyone else is just part of the household. In some ways I’d say the Kouen approach is better long as everyone is working together. Lot easier to attack one guy who can only use one djinn equip at a time than an army. Though I’m sure someone as hax as Sinbad has methods to balance things out. 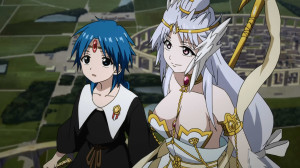 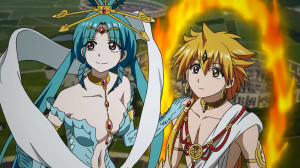 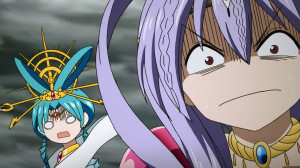 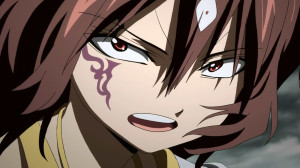 It certainly was nice to see some familiar faces. Although Hakuryuu was apparently a no-show despite this being a battle with the world at stake. Maybe should have added that he can’t get revenge on his mother if everyone in the world is dead….just throwing that out there. It is a pretty handy system that Kou has for transmitting messages. Certainly taking care of a major problem in getting orders transferred where they need to go.

Good to see Hakuei and Kogyoku. Certainly more relaxed than we’ve seen Kogyoku when going into that mode. Can’t say I expected to see her first before we saw Morgiana again. Good to have a friendly face around and can see that she seems to be doing ok. Plenty worried about what we saw going on with her earlier, but at least when it’s crunch time she’s on the ball.

Sadly that much firepower still wasn’t quite enough. Kind of insane really to consider that all these powerful characters were still not quite enough to get hte job done. Suppose it would be understating the strength of the dark djinns if they were that easy to get rid of. Was cool to see how capable that group was though since we rarely get to see all out battles in this second season. 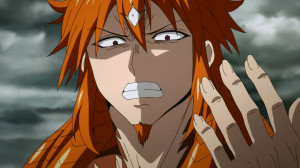 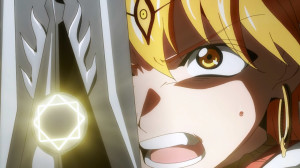 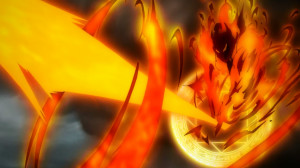 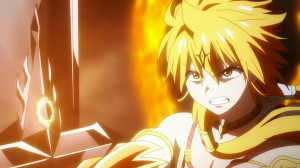 Kind of funny that the finishing blow came from the Kouen and Alibaba combination. My condolences to Alibaba really. It’s just bad luck that he ends up with a fire djinn I suppose XD. While it was a rough way to team up at least it did appear to work. The insane power of two extreme magics working together really was something to see. I guess this was a better time to unveil Alibaba’s extreme magic.

A pretty awesome final attack it was though. Seems very Alibaba to have an extreme magic that is pretty much just a giant version of himself made up of flames. Got a great boost from Kouen giving his ‘avatar’ that giant white flame sword to work with. I’m sure this isn’t over since it seems just too easy to be done here, but at least they did accomplish the goal of blowing up that sphere. That hopefully will prevent the world from ending…hopefully. 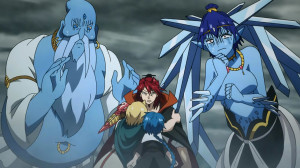 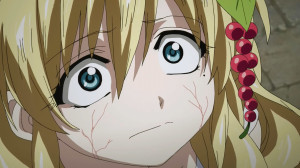 Overall a pretty fun and action packed episode. It certainly makes up for any slowness that we had at different points in the arc. We haven’t quite assembled the whole group, but did get to see what the Kou Empire can do. I wouldn’t want to fight them in a war. As usual not too much to say about an action packed episode, besides the fact that it was entertaining.
Score: A