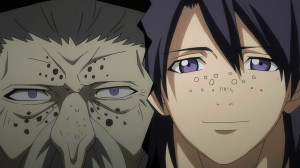 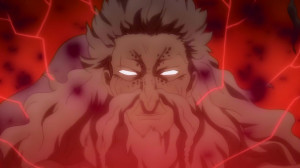 Well I suppose it’s not surprising that once things started getting bad Mogamett decided to go full evil and just unleash the dark djinns on everyone. Of course it was pretty much a given the whole while that the only ones that mattered to this guy were the magicians. If it meant saving them he’d destroy himself and anyone who was a threat. It really does show how far he’ll go for his singular purpose and how utterly broken this guy is. Went from someone who really believed that magic could be used for the benefit of everyone and instead became someone who only wanted to use magic for the benefit of magicians.

It certainly wasn’t a surprise that the Director just snapped underground. He never considered these people as anything more than animals and the fact that they were making requests and demands would be insane. Not that I don’t see why those people were desperate. They were basically being killed in that battle by the amount of magoi drain. Sadly they were appealing to the one person who really wouldn’t care at all. He might treat them like simple cattle when in a good mood, but worthless worms when he isn’t. 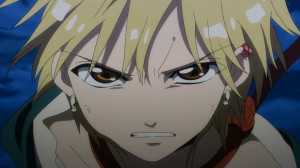 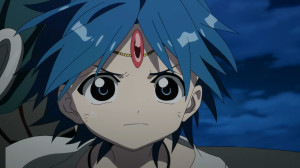 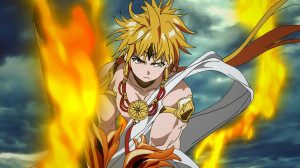 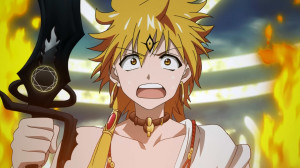 Just utterly crazy to see what Mogamett was really doing. At the bottom of that pit being this insane setup to create dark djinns. Apparently just getting thrown down there once you are completely drained wasn’t the end of it. Of course the immediate problem is Mogamett’s ability to create almost an infinite army of Dark Djinns. He can just keep on bringing those things out and that isn’t exactly easy to deal with.

No surprise how pissed Alibaba gets with the realization of what is going on in this country. Seeing another place where people are being treated terribly and living with the idea that they are worthless.

All of that leading to Alibaba finally getting a moment of awesomeness in the series. His Djinn Equip was pretty damn cool and extremely effective. Nothing bad you can say when he just completely incinerated a bunch of Dark Djinn with a single attack. The pure power of Amon is definitely on display there. Those flames definitely get the job done and look cool doing it. The only downside was not really getting to see what Alibaba’s Extreme Magic in action. Sure he did get his thunder stolen there by Kouen, but at the same time if he hadn’t shown up when he did there would have been no one for Kouen to save. 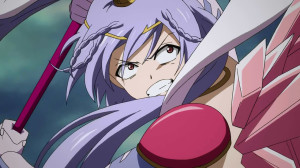 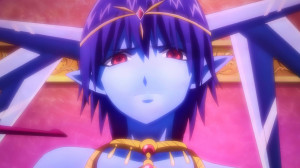 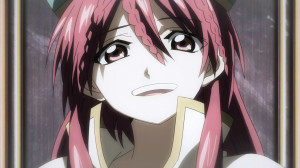 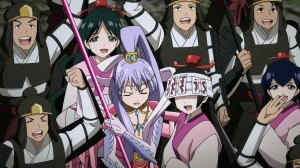 A good amount of time was spent to develop Kouha further which I did like. Shows that he really is a good guy and there’s a lot to like about him. While he can be pretty crazy in a fight he will protect those that ended up following him. I like how the Djinn pretty much had to force her decision in not adding to the already overpowered Kouen (who certainly seems able to match up against Sinbad decently). Could see the kind of person Kouha was and certainly that he’d need power to look after those that had chosen to follow him. Just an interesting guy to have picked up those outcasts and made that his circle.

Kouha did pretty well in his share of the fight. Doesn’t seem like he has a lot of magoi to work with and his djinn type wasn’t really suited to this. He could chop up the Dark Djinns easily enough, but they would just keep restoring themselves. The best he could do was crush them with that extreme magic, but obviously not something he could use more than once. 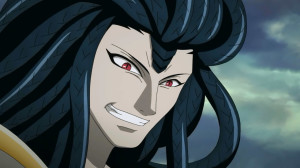 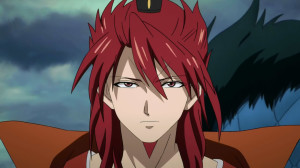 Regardless, now that Kouen is on the scene things do seem pretty bad for Magnostadt. The Dark Djinn play really isn’t going to stand up against that kind of firepower. Of course will depend on how Alibaba and Aladdin decide to take action. For the time being the most important thing is stopping Mogamett before he does anything worse than he already has. Sadly it looks like the Kou Empire will get their prize, but we’ll have to wait and see since things are bound to actually get worse.
Score: A