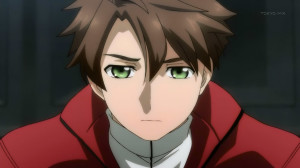 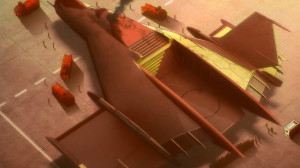 I suppose it would have been crazy for Aoba to be completely unaffected by what happened the last episode with Hina. While they got closer and got off that island alive it did close out in his mind a route home. It’s still remarkable how dense Aoba is about the whole time loop and this Hina becoming the Hina he’ll know, I’ve just learned to live with it. The episode was pretty key for Aoba getting a kind of reset to his thinking.

In some ways it’s similar to the episode where he had to look at his old town and see how it had all changed. Another case of almost pure helplessness in realizing he has no viable way to get back home. Having some time to really think of that probably brought Aoba into a pretty serious depression. Long as he thought this Hina was exactly the Hina he knew then there was some hope that she’d have answers. But now he’s just left not knowing. Not exactly a lot of motivation when you can’t figure out what to do. 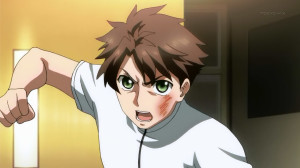 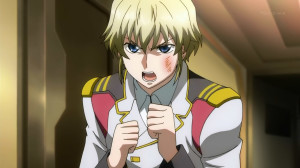 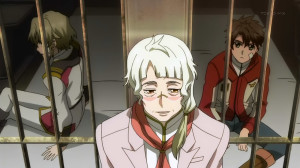 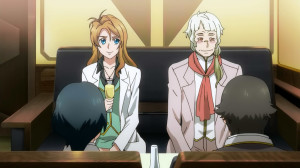 That’s pretty much where Dio comes in. Someone had to play a role in knocking Aoba out of his depression. Now he mostly did it because he was pissed off himself, but that’s beside the point. He knew him well enough to suspect that he’d met with Hina, but sadly Dio much like most others don’t really believe the time travel story. I’m kind of amazed people will trust a guy with a giant robot that can do insane damage while not believing their backstory. If you think he’s crazy all the more reason not to let him in a valiancer!

It was pretty entertaining when Aoba and Dio just got into that fight. Frankly it’s something that was bound to happen with their personalities and how things were going. Aoba being depressed and Dio getting pissed off when Aoba brought up Fiona. It was just great how angry both got and how they needed the other pilots to physically pull them apart to avoid them killing each other.

At least this episode was good for coming up with a theory for Aoba’s situation. If coupling technology takes some advantage of time leaps then maybe it does eventually lead to time travel technology. Maybe all the use of coupling on both sides (assuming Zogilia gets their hands on it) causes as a side effect these time tunnels. At least it has some validity in theory and is more of an explanation than we’ve gotten so far. 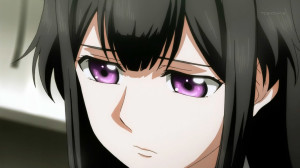 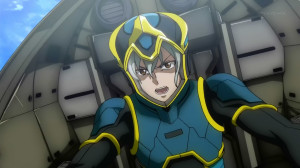 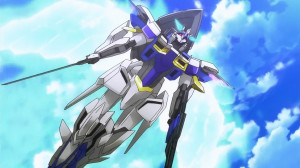 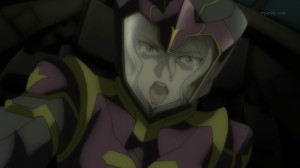 The battle was pretty good all things considered. Though less of a battle than a struggle to keep up with missile spamming. One thing I like is that the Zogilia forces actually do tend to use some tactics. This was another good attempt to defeat the coupling system by just forcing it to exhaust itself against missiles. You can’t replace pilots and mechs as easily as artillery. It was still an expensive option but it almost worked. It was entertaining enough to see Aoba and Dio just using their bickering to win the day. Hard for either side to really be honest, but they certainly have an interesting friendship.

Maybe the best part was that Special Service Agent getting owned again. Just something fun about someone that usually tries to be so confident and borderline arrogant being cut down to size. She really does panic when things get bad which is entertaining and pretty normal. Too bad for her she’s ended up replaced.

Hina’s situation has gotten interesting. With her father now on the scene that’s really going to make it tough. Going to be hard to say that she met a guy on the enemy side XD. Bizon did press her, but she came up with a plausible enough story. Honestly not a bad one though she didn’t sell it as hard as she could have. Just working with Bizon’s trust, though I’m sure he has his doubts. Curious to see as well what the next strategy is now that this battle failed miserably. 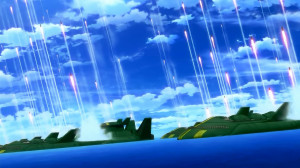 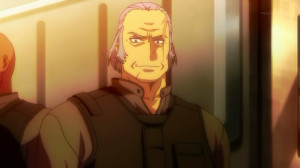 Honestly we’re really getting close to the end here. I’m still not sure if we’re getting a second season or a really rushed ending. Seems like they barely have time just to continue the time loop and send Hina back much less resolve anything else. Curious to see where the next episodes go.
Score: A-