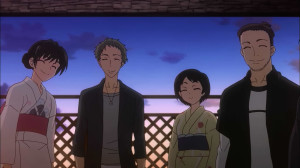 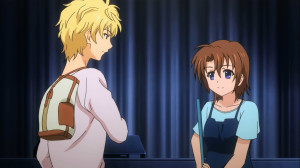 I will say this was a surprising episode since I really didn’t expect things to switch up and focus on Mitsuo. There was just something odd to me that now is the time that Banri’s past is going to be focused on when it comes to his male friends. Part of me just always assumed he would cover that sort of thing between the start of the series and now. It’s a bit odd how things are now focusing on Mitsuo’s unsettled feelings and suspicions.

The episode itself was pretty good. Will say the festival club was definitely as creepy as they intended to be. I was with Banri completely lost as to what they were making a fuss about. If anything that scene probably could have been shorter. Overall though it had some laughs and was a reminder that the world is wider than Banri and Kouko. There are other people living their lives and they respond to things that are happening to those around them. It was a nice sentiment anyways to be worried about Banri and thinking he’d be really broken up at that point. Good people, just misinformed. 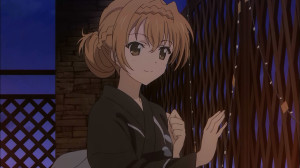 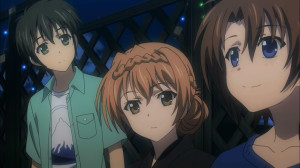 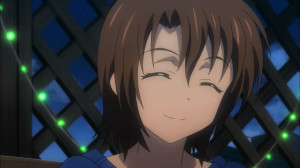 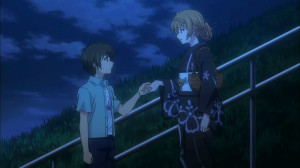 I did like the early portion though for the efforts made by Banri and Kouko to move forward. I was hoping they’d sit and talk to Linda about the past and they did. I think it’s good that instead of running from the past and hiding they are facing it. That gives me the most hope for these two making to the end of this series just fine. Better for Banri and better for Linda frankly. It had to be really hard since she was pretty much told to stay away. Now she’s being let back in. Sure it’s still as an old friend, but heck of a lot better than where it could have been.

The fact that Kouko was the one to push Banri to attend the reunion was good on her. It shows how much she’s grown. From the girl who was so scared of the past that she told Banri to not remember anything into the girl that wants him to face it. Even if the past Banri is a part of him that she doesn’t end up liking it’s still part of Banri and long as he’s as whole as he can be that’s good for her. She’ll stay strong while he goes to this thing and talk to him after he’s experienced it.

It should be a good trip for Banri. Understandably nervous since who knows how people will react. Still, it’s good to at least face these people. If some don’t accept him, well then he’s still got other people so that’s fine. Of course wonder how things will go with Linda and if any lines will come close to being crossed, but I think Banri is in a good state mentally right now to not do anything stupid. 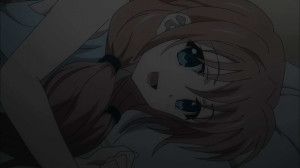 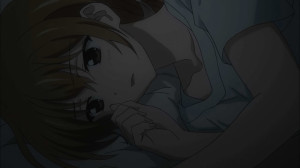 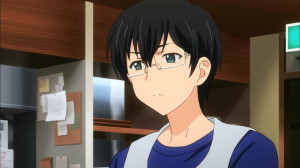 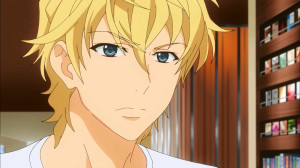 Now I really didn’t expect the Mitsuo angle. I mean yeah they have hinted at something brewing with him and Linda, but I didn’t really expect it to be explored like this. Guess I just figured Banri would talk to Mitsuo and 2D-kun a little. People might not give their life stories, but they are good friends at this point. Maybe Banri got so used to lying that he never found the moment or reason to change things. Was easier to just not give Mitsuo the whole story.

Well sadly now we’ve got a new view on things. We’ve seen Banri worried about Linda’s relationships. And we’ve seen Kouko worried about Banri and Linda. Now we get to see Mitsuo worried about the past of Banri and Linda while wondering about this accident he had. Honestly I wouldn’t blame him for at least being a bit frustrated that Banri never felt the need to tell him anything. Friends don’t need to tell each other everything, but when you find out friends have been hiding something huge going on in their lives…it isn’t something easily shaken off. Should be interesting to see how things go.

I did like the scene with Chinami and Kouko. Those two really have become good friends despite Kouko hating to admit it. I think it’s a nice thing that Chinami openly admits being jealous of how straight forward Kouko’s feelings are. She just goes all in for good and bad. Can see that Chinami is another kind of person. She probably does have feelings for Mitsuo and probably has for a while. But she might not be the type that can so easily accept and return those feelings. Especially since Mitsuo’s big confession was such a blunder and poorly timed. He never tried again and she never really reached out either. Now things are in this strange situation and I do feel for her there. 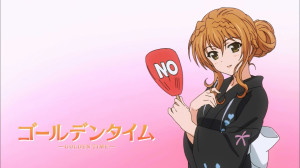 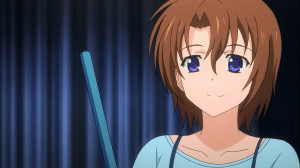 Next episode looks to be Homeward Bound, the Banri adventure. It will be interesting seeing him interact with people the old him knew. I really hope the rollercoaster doesn’t throw me for a loop and have something stupid happen with Linda. At this point they’ve gone so full out with Banri and Kouko that anything else will just not sit right with me. But this series needs drama so can’t count out anything. And while I love not seeing Ghost Banri around….the more time passes with it the more I’m uneasy about when he might show up against.
Score: A-